During a time of controversy, confusion and political upheaval at frontline, the band released „Saviour Machine II” one year later and began to pursue new representation in Europe. The long awaited „Legend III:I” (disc one of a double-CD) was released now, in the fall in 2001. The final disc „Legend III:II” was planned for release in late 2002.

The compositions of „Legend III:I” are sweeping, bombastic, disturbing and operatic – conveying a grandeur of apocalyptic proportions. This is music that answers the ultimate questions of a hopeless generation. These are lyrics that offer an intelligent perspective on a meaningless world. This is a passionate presentation for an apathetic time. Saviour Machine mastermind and singer Eric Clayton has answered the questions. 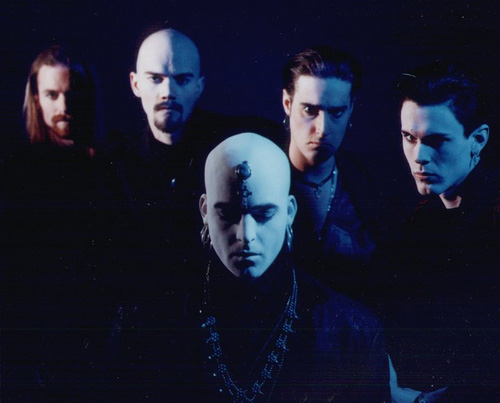 Eric, what hopes do you have for the new album?

„My only hope is that this album can touch people in the most profound way. The fans response has been quite powerful... I don't really concern myself too much with the press but I've heard that the media response is very good as well.”

What is the main concept or theme of „Legend III:I”?

„The `Legend Trilogy` is the most comprehensive study of end times prophecy ever set to music... It is an `Apocalyptic Opera`, over 5 hours of music in the end... This entire project is dedicated to Bible Prophecy... It is a subject that had never really been approached through music at this level... Part III: It covers and details a large portion of a period of time known as `The Great Tribulation`, the final 3 1/2 years of this world... This final 3 1/2 year period consists of many crucial events in the story of the Apocalypse... `The covenant with death` is broken, beginning the reign of The Antichrist... Israel is persecuted on a level that has never been seen before... The 7 trumpets and 7 bowl judgements of the wrath of god are released upon the beast, his kingdom and entire earth... III: It reflects the saddest time in human history.”

Where the album was produced and how long did the whole thing?

„I began composing `Legend Part III` in December 1998... this final part of the project was always intended to be a double album so I knew that it could take twice as long to complete as any other single album... I spent the entire year of 1999 and half of 2000 composing and arranging the music for both albums, I wrote the lyrics for both albums in the fall of 2000. In late 2000, I was approached by my management and Massacre Records with an idea to split the double album into two separate releases. Although I was very reluctant at first, they convinced me that it would be the best thing to do for a number of reasons... All these reasons aside, the convincing factor for me, was that the fans had waited long enough... If I were to continue with the original plan to produce the double album, I would still be in the middle of the production at this time and the double album would not be released until sometime next year... I began producing disc 1 in January... in California... in May, I went to Germany to record the choirs and spent the month of June in Nashville, Mixing and Mastering... the album was completed at the end of June.”

Any new members in the line-up?

„I have always considered Saviour Machine as more of a project, rather than a `band`. Through the years, the project and the people involved it, have always evolved... currently, it looks like this: Eric Clayton – vocals; Jeff Clayton and Carljohan Grimmark – guitars; Charles Cooper – bass; Victor Deaton – drums; Nathan VanHala – piano and keyboards.”

What does mean the band‘s name for you?

„The `project` known as `Saviour Machine` was formed in 1990... My goal from the beginning was to compose a group of talented artists who could collaborate in a massive vision... A vision of enigmatic sound and experimental theatre. An artistic endeavour that would push the boundaries of the spiritual and emotional impact of music. The name, `Saviour Machine's` encompassed everything that I wanted the project to represent... `A vehicle for reaching the heart of man`... A force of immense strength and power... An invitation to salvation!` I have always felt that the name is interesting and always open for interpretation.” 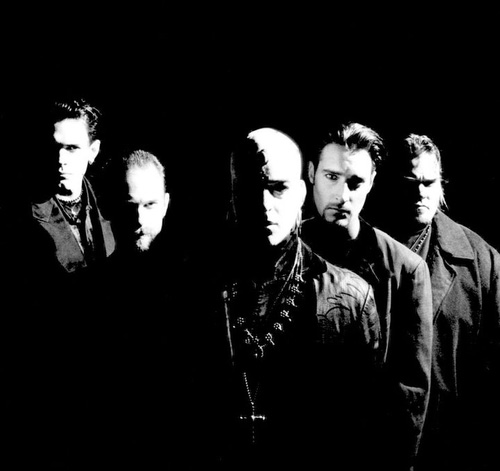 How long have you composed the songs?

„I spent almost 2 years composing the complete `Legend Part III` – disc 1 and 2! I usually work alone during the composing.... when all the music and arrangements are completed, we get together for development of the material then recording. I write also all the lyrics. It is my responsibility, like it always has been within Saviour Machine.”

What is your definition for the unusual style of Saviour Machine?

„Saviour Machine is some sort of `Apocalyptic Opera`, I think that it is very difficult style to describe due to the fact that it is always evolving in sound... It's essential elements are so diverse that it is really impossible to classify Saviour Machine in a particular genre... the key to Saviour Machine's enigma lies within it's ever present contrast... It is bombastic, yet subtle… overwhelming, yet inviting... distant, yet intimate... demanding, yet understanding... horrifying, yet beautiful... dark, yet glorious... In a synopsis... Saviour Machine's sound is a very unique and powerful entity! To be known as a `Metal` band or any other kind of band is far too directional for Saviour Machine...We have created a 10 year body of work that has transcended the boundaries of many music genres... I've always felt that to label Saviour Machine is unnecessary and unnatural... It was never intended to `fit into` any particular scene, style or movement! I am deeply greatful to all of our fans... Metal, Goth, Prog, Christian etc...We have one of the most eclectic fan bases that a group of artists could ever hope for!”

You are known as a very spiritual man – what´s your opinion about occultism?

„Regarding the issue of my faith... I am a Christian, but not in the traditional `religious` sense... Historically, the `institution` of so called `Christianity` has been grossly responsible for uncountable crimes against humanity... I am not a `religious` person in that, I do not believe in the man made concept of religion... I understand that the term `Christian` carries with it a foul and loathsome stigmatism, for that I am not responsible. I do, however, feel compelled to help remove the stigmatism in whatever capacity possible... I do not belong to any particular denomination of religion, yet I do not make it a point to condemn religion or religious people. The word Christian is a term that has been given to me by association, it is the most common term associated with one who believes in Christ as the Messiah. Always remember that Man, not God is responsible for it's historical misrepresentation, misinterpretation, and misuse of the word of God. In the end, faith is a simple concept that has become far too complicated in the modern age. Faith is indefinable and intangible, it is however, attainable! I have always thought of myself as an artist who is a believer... My beliefs are reflected in my work.”

Please explain the songs a little!

„I would really like to do this, however, to say even a `few` words about each track, would be extremely time consuming... I have given you a synopsis of the content of the entire album (above)... I hope that this is sufficient for now... There may be a complete song by song synopsis of the entire Legend Trilogy written after its completion.” 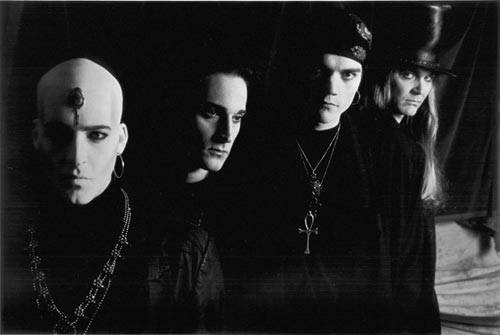 In which state do you see the global Gothic and Dark Metal scene currently?

„Sorry, but I am completely unqualified to answer this question... I am very detached from what is going on in the music scene... I don't even listen to modern music anymore!”

„There are no actual tour plans at the moment... Saviour Machine will perform in Germany on December 9th and again in March of 2002... There are really no other dates available due to the production schedule of `Legend Part III:II`. Upon the completion of III:II, we may consider a full blown tour! There has been a vision for many years, that Saviour Machine will someday perform the entire Trilogy as an opera... This vision will require a great deal of time, money and resources to bring it to life... Until this time, any performances will showcase a collection of songs from throughout the 10 year career of Saviour Machine!”

What are your primary strengths onstage?

„I have always strived to give people a live performance that they will never forget... An Saviour Machine concert has always been a unique experience... visual, emotional and powerful!”

In which direction the music of Saviour Machine will go?

„`Legend Part III:II` will start production in a few months... It is the final album of The Trilogy... This production will be the most difficult of Saviour Machine's entire career... I expect that it may take close to a year to complete... If all goes as planned, it could be released in late 2002! `Legend Part III:II` will cover the final hours of history, The Battle of Armageddon, The Return of Christ, The Millennial Kingdom, The New Jerusalem... etc... The final chapters of The Book of Revelation will unfold over 80 minutes of the most challenging, powerful and glorious music I've ever written... Saviour Machine will retire from making albums after the completion of `Legend Pt. III:II`... it has been decided many years ago, that The Legend Trilogy would be our final project as Saviour Machine... I have no idea exactly what I will do when it's over but I'm sure that I will continue making music in come capacity... only time will truly tell?”