Sounds like a fine black mixture. And so it is. Screamer Erik Unsgaard, which operates simply as Unsgaard in the Oslo based Sarkom, approached me to give information about the new album of his furious misanthropic horde. 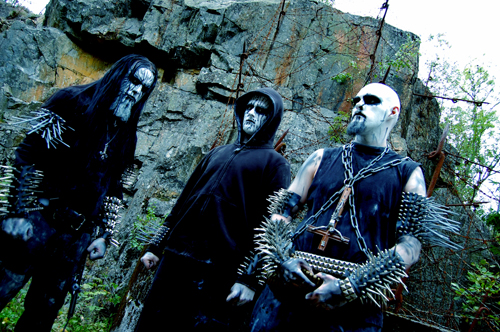 How do you doing at the moment?

Please describe yourself – as a charakter, as a mind!

„”It’s Darker Than You Think” as by Carpathian Forest.”

From where exactly do you come and what´s mainly to tell about your hometown? Does exist a good Metal scene there?

„I have mainly grown up a place called Loerenskog, just outside Oslo, and I actually don’t think it’s much to tell you about. I can rather tell you about the Metal scene in Oslo, which only has become bigger and bigger. It’s actually too big when it comes to number of bands. And this isn’t just in Oslo, but Norway in general. I think Norway has lots of great Black Metal acts, but there’s too many untalented bands as well. Luckily, many of these never get to the point getting a contract, and after a while they disappear.“

What are you doing in your free-time?

„Every man has to work for a living, and this also include both me and the other members of Sarkom.”

Which was your first self-bought Black Metal album?

„If I’m not mistaking, it was Ragnarok – “Nattferd”, and that totally blew me away at that time…“

What meaning is behind the band name Sarkom? Cancer-related theme? 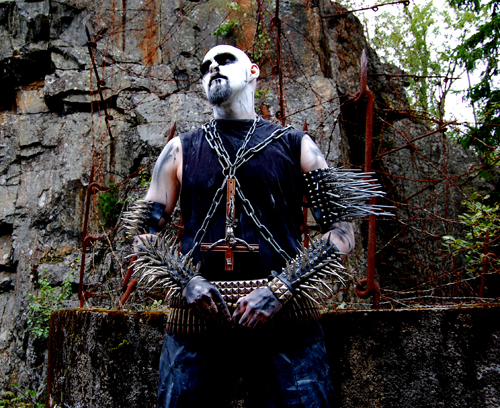 „Yes, it’s a cancer tumour which often leads to death, and I think it’s a perfect name for the band!”

What´s your most important reason to play especially this Metal style with Sarkom?

„First of all, we have listened to lots of Black Metal and figured out that we actually could do it just as good, might even better! Secondly, this is a music style which is really creative and interesting, as well as it’s extreme and powerful. This kind of music is also much worth checking out for people who’s interested in music in general, not just Metal. If they have a slight knowledge of how things work, they will probably see that this is a supreme music style.“

Which inner visions do you have while you are playing your songs?

„I don’t know… I guess it’s something totally dark and out of control, depending on how you see it.“

Do you see the songs as a ,self-therapy‘ for your angry soul?

„No, I won’t call it a “therapy”. Therapy is for people who need help, and I’m doing fine on my own. Every man for himself, you know… I will rather call it a dark creation which stimulates and reflects my visions - a mind most people never will understand have goes…“

How would you describe the music of Sarkom to starters?

„I think “Aggravation Of Mind” is a true, dark and honest piece of art, which definitely deserves a spot in the Metal scene nowadays!“ 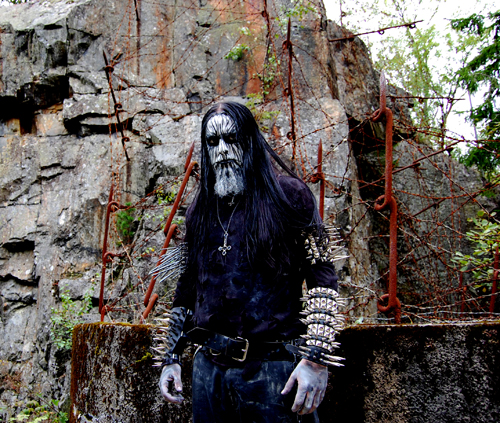 Do you have a favourite track on the new album?

„I’m not sure, but I think song number 2, “Embraced You Shall Be”, has something special about it.. Here is also Raskolnikov, the vocalist in Disiplin, doing some backing vocals which really take the song to the next level!“

Lyrical influences for the songs?

„Basically, it’s based on dreams, visions and how I look upon things/my point of views, how I think the uture will become and so on… But it’s also written with lots of metaphors, so it’s not meant to spread a message to each and everyone. I can guarantee that no one will see and get the same point as I do when reading the lyrics. They are very personal to me, so it would be foolish sharing the exact same picture I have in my mind with hundreds of other people, also they wouldn’t be capable to imagine the same sights as me.“

Please describe the lyrical conception of the new album a bit!

„As they’re all very personal, I won’t give you any detailed… But it’s a disturbed mind which has become to words of hate, aggresseion, despair and philosophy, describing feelings and values in the society of today. But what I think’s more important when you read them is that you think about what you get out of them, if you were saying this, and not me!“

Who wrote the tracks for the album mainly?

„Renton and I have written all the tracks together, nearly 50/50, so none of the songs on this album is written of just the one of us.”

In which way do you work out your songs? 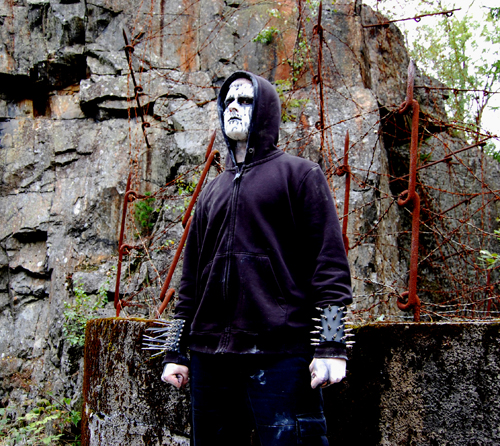 „Until now, we have created riffs, either on our own or together, for then put it together. Then we have listened to them many times thinking of how we could do them even better. So when you listen to the album, you might won’t recognise everything at first, but as you listen to it again and again, you will hear some well planned details here and there.“

Main musical influences for the new compositions of Sarkom?

„It’s not any specific bands, but Black Metal in general, as well as classical music, opera, music you often hear in horror films etc.“

How much per week are you rehearsing?

„Sarkom has been a studioband until recently, so we’ll see how things go…”

Concert plans for this year?

„The only confirmed gig we have is at the Barther Metal Open Air, but if things work out, I guess it will be a lot more. However, make sure to be at the B.M.O.A. as we will give you a hell of a Black Metal scenario!“

„Sarkom has come to stay... Make sure to check it out!“