The fact that the mischievous hijack bard Captain Yarrface doesn't give a damn about anything that smells of criticism of his activities has become known in Pirate Metal bars.

Fatally thirsty for life, fabulously carefree and stylistically absolutely ruthless, the robust man and his crew already showed themselves on their 2018 debut album „The Triumph Of Piracy“. Now the completely crazy Scotsman Rumahoy hoists the sails for the mighty snappy sequel „Time II: Party“. Drunkard Yarrface, seamanly conspired, rolls it out in the following. 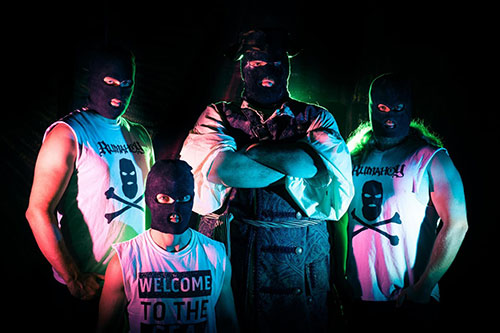 For what kind of musical ideals beside all the spread fun, rumbling and devilment stands „Time II: Party“?

„Spread fun! I like peanut butter myself, it sticks to the rood of my mouth, I also like being drunk hence the drunken attitude! Welcome to the sea!!“

What is the most important fact for you guys on these 2nd album?

„That is has fun party songs, it also has a song about my life which really gives some depth and backstory into myself, the greatest pirate captain on earth, me, Captain Yarrface, welcome to the sea!!“

It feels partly truly uplifting to listen to these highly cheerful and unconcerned songs, a good mood class of it’s own so to say - what kind of emotions dominates the new material?

„Is party an emotion? Anything that we can play that makes people get up and dance and have a good time, would you believe me if I said that this was macabre for me? That was just a little pirate joke, welcome to the sea!!“

Do you feel it sometimes also hard to keep up an head within these times of economic misery, medial hypocrisy and current crisis and what do you do then for your own good mood - making music with your crew?

„I stay away from all the nonsense that is said in the real world, living on a ship it is very easy to not pay attention to what stupid people are doing, virus.. looting… it doesn’t mean anything when you have a pirate ship, in fact, I think I have just solved the global problem, everyone should just get a pirate ship.“

Are you yourselves as thirsty & partying persons as the music you make?

„I am always thirsty! I was born at the age of 5 and drank lots of rum everyday of my life, if that doesn't tell you how thirsty I am than I think you need to re-look at your definition of the word thirst!“ 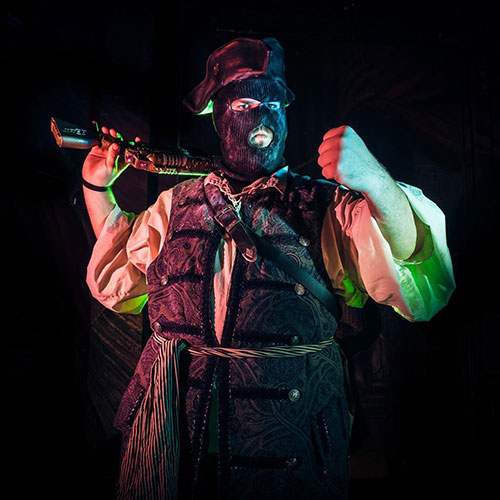 Are some topics in your new song texts that deal with anything else than drinking rum?

„Why would you want to talk about anything other than drinking rum? Maybe ships… or my love of the sea, but rum is also very, very good.“

„Lions share? Everyone wrote the songs, they basically write themselves when they are about the greatest pirate captain on earth, me!!! Welcome to the sea!“

„Running out of rum and paper! Rum is used for drinking, and paper is used for writing, without either of them, we are up a small sea without a paddle.“

„My favorite musical influence is Alestorm, I listen to them and think, this is shit, I’ll make it better, and then I do that … and that is how Rumahoy works!“

In which position between similar Pirate Rock/Metal acts do you see Rumahoy? „Between?? None! We are above them all, we are the greatest Pirate Metal band in the whole world!“

„Like I said earlier, living on a ship it is hard to keep up to date - but I really like euro Techno mega mixes.“

„Drink rum, shoot guns and welcome to the sea!!!“