The Greek Dark Metal occultists could not have chosen the title for their new album „Rituals“ better. The spiritually impregnated songs all have a strong esoteric character, which is made even more valuable by various Ethno elements.

Intoxicating dramas, fervent incantations, enthralling invocations, and sacrificing devilery are to be experienced. And all this in a very original way. Guitarist and vocalist Sakis Tolis has done a lot of work with his brother, Drummer Themis. „Rituals“ is one of the most interesting and most atmospheric postulates, which were launched by the group so far, which has been founded in 1987. 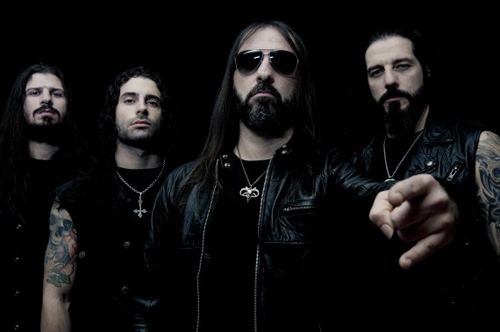 I am interviewing frontman Sakis once more.

How do you feel now, after have finished these new collection of special songs for „Rituals" finally?

„Relieved my friend! I feel like at the end of a hard and time-consuming process that lasted for more than 2 years. A deep inner self-meditation that drove me to the edge sometimes. Relieved, because I am satisfied with the result. I think, that I come up with the most mystical and obscure Rotting Christ creation ever.“

The name of the band fits the world in these days thematically as always. Even more nowadays.

How long will the global (Christian) controllers of organized sects survive on our (each year more plundered and hurt) globe in your opinion?

„Religion is the opium for the masses. We are here to express our opposition on any kind of organized mind control worldwide. We still face the anger from all those organized crimes but we keep on fighting, playing our music all around the world and preach our aphorism… Non Serviam. We will not serve!“

Rotting Christ survived all silly, idiotic, greedy and shabby trends - did you ever expected to be on the ball such a long time with the band?

„We had no plan of course. Our goal when we formed the band was to play one show sometime. Now we count more than 1.000. True to our spirit we keep on walking our own path without caring about the trends around. Trends come and go. The real thing is what remains and of course there are many bands around that are always the frontline in the battlefield.“

One can easily get in trance with your new material. 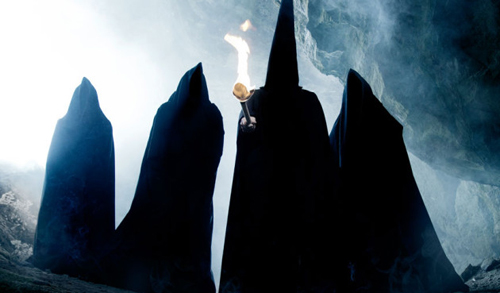 „If you say and believe that, I have no reason to disagree. And because of the fact that your opinion is one of the first we get, it makes me happy, too, and breaks the little sense of insecurity I have as an artist. Dive into the deepest abyss with our ‚Rituals’!“

How did you get the idea for the title of the album?

„11 songs, 11 different concepts, more of them based in rituals from all around the world. That drove me to use the simple but the meaningful title ‚Rituals’.“

Please tell a bit over the most important facts of the new material!

„I. ‚In Nomine Dei Nostri‘:
This is a ritual to Satan… simple as that …
II. ‚זה נגמר‘ (Ze Nigmar):
This song is referred to the last 7 sentences of Jesus Christ on the cross and is written in Aramaic.
III. ‚Ἐλθὲ Κύριε‘ (Elthe Kyrie):
A song that is based in the ancient Greek tragedy Bakxais.
IV. ‚Les Litanies De Satan‘ (Fleurs Du Mal):
Charles Baudelaire's poem.
V. ‚Ἄπαγε Σατανά‘ (Apage Satana):
This is an exorcism. An orthodox exorcism. Simple as that.
VI. ‚Του Θάνατου‘ (Tou Thanatou):
Greek elegy that means …of death …
VII. ‚For A Voice Like Thunder‘:
Based in the ancient greek Elefsinian mysteries.
VIII. ‚Konx Om Pax‘
IX. ‚देवदेवं‘ (Devadevam):
An Indian chakra.
X. ‚The Four Horsemen‘ (Aphrodite's Child cover):
Based on the apocalypse of John… the four horsemen of the apocalypse.
XI. ‚Lok'tar Ogar‘ (Bonustrack):
A song, complete written in Orcish language, and it means victory or death.“ 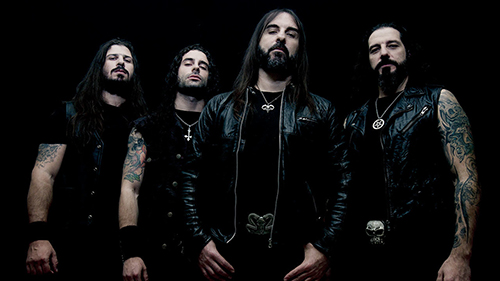 Please describe the main musical character of „Rituals" with your very own words!

I guess, it was you, who wrote most of the new songs again … did your brother contributed also some songwriting, ideas etc? And how difficult was it for you guys, to gather the whole to an good fitting, homogenous experience?

„Music and lyrics are by me. It was always like this and it still is. My brother participated on the drums-process like always. Nothing updated concerning the composing and production process.“

How long was the songwriting for all the new stuff and is it allowed to ask you about musical influences which led to the new songs?

„I can’t tell you clearly what have influenced this creation of the band. An album that took me more than one and half year to compose and half a year to record and mix it. A really deep self meditation on the dark side of my soul to come up with something that could express this part of myself. A personality that is not always sad as you might believe wrong, but it just happens that I cannot create when I am happy. Otherwise I am quite normal person …“

What’s your very own personal view about the ‚artistic spirit‘ of „Rituals“?

„Our most esoteric and atmospheric album since 1989!“

Be so kind and report a bit about the guest musicians on the album and about your co-operation with such an wonderful female singer! 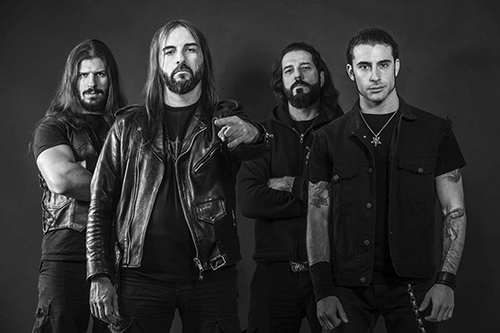 „Why not to refresh sometimes our sound? We always seeking for guests to help us. Guests, which, as we believe, that make a remarkable job and which we respect. So we hosted this time the following:

For which eternal musical ideals does stand also the new record of Rotting Christ?

„For the ideal of Black Metal that we serve faithfully even if we do not sound that much.“

After all these years, what counts most for you in making music with the band?

„To be able to talk to your soul. Even if my music can touch you only a bit, it makes me to a richer man on this wide world.“