1996 some youthful enthusiasts completed a musty Finnish rehearsal room in Oulu with vociferous cover versions. AC/DC and Metallica, for example, but also Rock dinosaurs as Deep Purple, Whitesnake, and some likes more have been replayed very courageously since then.

Gradually, the guys were safer on the instruments and in musical tastes and ventured sometime 2003 recording a first demo, entitled „Journey To Tragedy” - followed three years later by the debut album „Out Of The Dark“.

Meanwhile Reflexion had zeroed in on underlined emotional and nostalgic Gothic Dark Rock of typical Scandinavian kind. HIM were thus known to be world famous, and also our heroes celebrated mainly on native platforms first noteworthy successes. Now the five sensitive Finnish melancholic around singer Juha Kylmänen are at the start with their new longplayer „Dead To The Past, Blind For Tomorrow“. 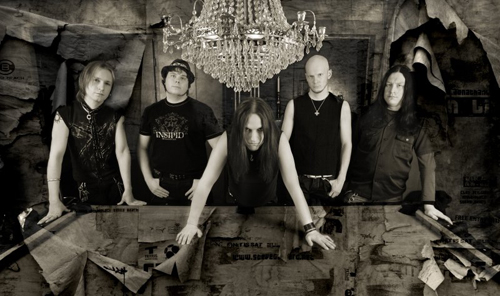 Hey guys, what are your lifelong dreams?

Mikko: „Be in a band and make good music with great guys.“

Juha: „To be healthy and to do music.“

Which are your responsibilities in Reflexion?

Mikko: „Our debut album contained songs mostly from Juha, but in the new album there are songs from other guys, too. And all of us have a bigger role in the arrangements. Lyrics are still written mostly by Juha.“

Juha: „First of all this time we had more material to work with than when we were doing the debut. We had about 20 demos we work with and then slowly we dropped out the weaker stuff and came to 11 songs. We had a kind of democamp at Mikko’s summer cottage where we spent time rehearsing and recording demos.“

What are your personal strengths as musicians?

Mikko: „Each of us has been in a music scene for quite a long time and evolution has been a natural process. I think most of the development has happened during the last five years and especially after our debut album. This is such a cliché, but it’s also a fact that during these years we have grown together as a persons and as a musicians.“

Juha: „I don’t know about my personal strengths but Reflexion music is generally simple and truthful rock. Catchy melodies and big choruses. I think that I have developed as a songwriter and i even succeeded in some lyrics pretty well this time in my opinion.“ 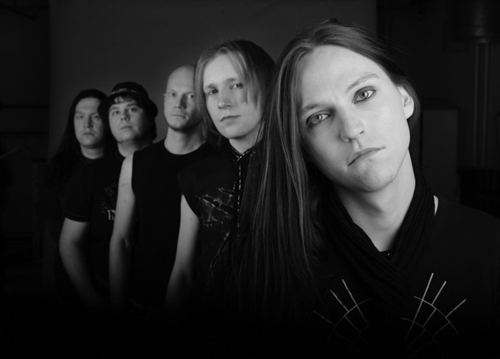 Please provide examples of ideas that you had implemented for the new music of Reflexion on „Dead To The Past, Blind For Tomorrow“!

Mikko: „Sound in the new album is quite close to our live sound. That was one of things we talked about with our producer Aksu before the recordings and I think we managed to do it very well. Marco Sneck (Poisonblack, Kalmah) also did a great job with those additional keyboard parts he played to the album. Lyrical themes are mostly from past life with some facts and fiction mixed together. It’s like an open diary from ordinary life of ordinary man.“

Juha: „I think our producer aksu Hanttu had the biggest (other than the band itself) influence to the material, mainly in arrangements and little adds in the songs. We used J. Teittinen from Tuoni to back up my crawls in few songs and other little stuff but mainly music in all its elements was born from the ideas of the whole band.“

Please tell something about your proudest achievements on „Dead To The Past, Blind For Tomorrow“! And when were you most satisfied in Reflexion?

Mikko: „Debut album release was big thing for us of course. But my personal opinion is that, every time we climb on the stage and see people in the audience enjoying our show, I feel so proud of our band. Getting into that position has taken much effort and sometimes couple of tears, but is has paid off. Salt in our wounds are the fuel for our flame.“

Juha: „I’m proud that we have managed keep the band alive during these years and from the fact that we are doing better than ever at the very moment.“ 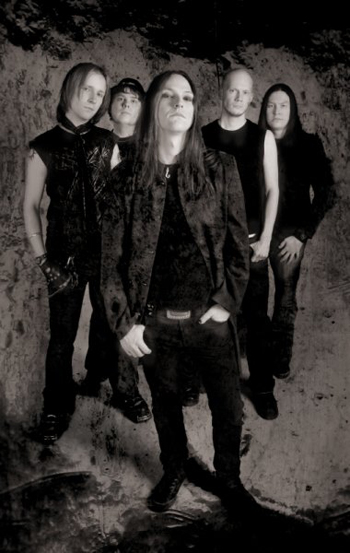 Mikko: „Favourite bands use to change periodically and at the moment at the moment e.g. Foo Fighters are really kicking asses again. I used to listen them more during their first three albums but after that I somehow ”lost” the band and now I’ve found it again. But each of us have our long-term favourites which include e.g. Led Zeppelin, Whitesnake, Megadeth, Rush, Tarot, The Ark, Europe, Deep Purple and Queensrÿche to name a few. All of them are legends in their own unique way and they have reached the status that most of the bands can only dream of. Personally I highly appreciate those bands because they have managed to build such a long careers. If rumours about Led Zeppelin’s tour come true, I’ll surely check them out!“

Mikko: „My personal favourites are John Paul Jones and Paul McCartney. I respect them as individual musicians but also as a part of a great band.”

Mikko: „It’s all about good songs and how you manage to play them live.”

Why do you do exactly this kind of music?

Mikko: „Because we love this kind of music and it feels natural thing for us. But things might, and probably will, change in future. You just have to trust that thing which feels good for you.“

Juha: „It’s the only kind we can do… Probably that’s why.“

Juha: „Going on strong and vivid.“

Mikko: „Each song is ideal in its own way, but I think our new single „Weak And Tired” is that kind of solid piece of rock, which contains many new and interesting elements but is still enough down-to-earth to gain listeners attention.”

Who brought Reflexion to the current record label?

Mikko: „We worked with Mach XX already with our debut album as they licensed it to Europe. They made a good job with it so it was quite natural choice to continue working with them. And I haven’t regret that a single day.“ 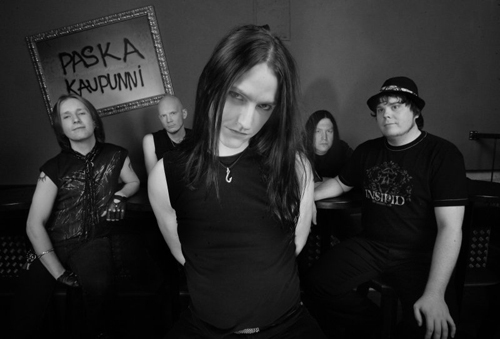 Mikko: „I wouldn’t like to think it at all, but if you are a recording artist or a band then you’re mostly part of it and whether you wanted or not. Of course, being part of it depends mostly whether you are in a major or in a indie company because both of them have their own business practices. At the moment there is many big changes going on in music industry but I don’t see them having much effect to our work.“

Juha: „I don’t either think it that much. Nowadays the music industry is basically like any other industry. They make a product and try to sell it as much as they can in mean to benefit.“

What goals would you have in mind in a contract with a major label?

Mikko: „Compared to our former label, our new label is much bigger and at the moment we are concentrating to European countries and first goal is to get album released as many countries as possible and then do tour and festival gigs in Europe. Current label feels good home for us and we don’t have any reason to think about other opportunities at the moment.“

Juha: „Yep. At the moment we don’t need any bigger label to get to our goals.“

Mikko: „Development has to be a natural process and we just work with the things that come out and feel good to do. I think we are still in a process of finding our own unique sound and style.“

Juha: „We are not looking anything specific style, sound or anything like that. Our music lives the life of its own and we just try to keep up with it. Emotional, beautiful, funny and sad.” 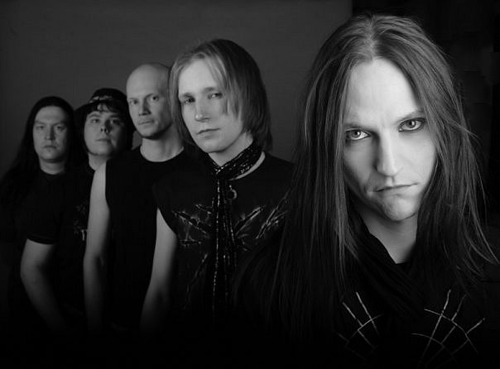 Please tell about a time where you had to deal with conflicts in the music genre!

Mikko: „If we left the industry part out of scope, I don’t know whether there has been any conflicts.”

Why should listeners buy your CD? What can you do for the fans with your new songs that other candidates can't?

Juha: „Nothing more than to be ourselves. If that is not enough then they should listen to some other band. I don’t believe in unique things. I believe in rock music and rock music it’s not about being unique. It’s about having fun and to get rid of the burden of everyday life even for just a little while. If we can offer that then we have succeeded.“

Mikko: „We have never tried to be a salesman for our music. We rather let our music be our spokesman and do the job.“

Juha: „None, just living one day at the time.“

Mikko: „I’m probably one of the most non-spiritual persons, so basically I’m not seeking any ways. I’m just going on day by day.”