As usual, theatrical, Pär Hulkoff makes it crash again. And the often extraordinary musician, which is acting as a singer, guitarist and keyboardist at his band, founded in 2008, can convince again.

The three Swedish nature-men have already found their completely individual style for some time, so one is safe in this unchanging formation from bad surprises anyway. A highly original Industrial Metal experience, however, has also become „Bärsärkargång“. 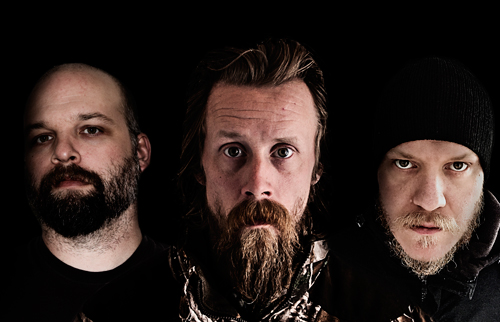 I am talking to Hulkoff himself.

„Bestia Borealis“ came out at the end of 2014, where have you been in the meantime?

„Two of the guys have kids, and have been busy with family life. I am bowhunting, and training sled dogs with my wife. We also run some hunting tourism operations up here in the wild north.“

What is behind „Bärsärkargång“, does it deal about a berzerk's giant rage?

„It is a powerful title for a powerful album. And yes, the title track deals with the berserker rage.“

Which one(s) of the new lyrics goes most deep into your heart and soul?

„Many of them. All of them in one way or another. I am sorry, but I cannot pick a single one.“

Please tell a bit about the core of the most representative lyrics of the new album! Straight into the face, once more ?

„Survival, power, primal instincts and a strong touch of history. Also brotherhood, loyalty, love, longing and reverence for the spirits of the wild and the earth mother.“

Would you name the new music typically Raubtier?

„Since it is Raubtier performing, yes. But the tonality is somewhat different.“

Be so kind and describe the musical character of „Bärsärkargång“ with your own words!

„Dark and eerie. Not as easily accessed as the previous ones, but still listenable and worthy of remembrance.“ 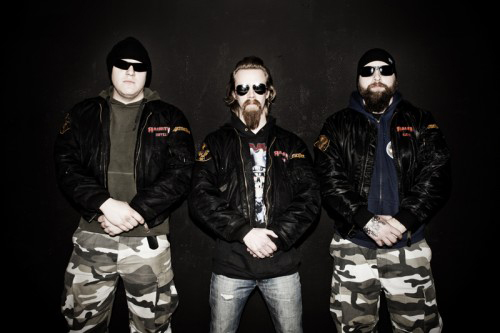 How long has the entire songwriting lasted?

„I was working for approximately a year with the composing. Some of the lyrics were re-written as usual, that process can be rather time consuming.“

Who wrote the lion's share of the new songs?

What specific aspects were the most important for you in the songwriting process this time?

„Freshness, aggression and a sense of meaningfulness.“

The new, epic Raubtier hymns often sound extremely fresh - it seems, they were composed and worked out with more enthusiasm than ever before?

„No, I cannot say that I was more - or less - enthusiastic. I had a vision, and I followed it. I think that the key factor is that I focused less on the "hit" factor and more on catching a vibe.“

Which noteworthy small differences to the previous album(s) are waiting now for the curious listeners?

„As I stated earlier, it is darker and more rooted in expressing certain emotions. I have travelled around the world, hunting of course, and thus been in contact with various types of indigenous music which I felt had a place in the creative process.“

How do you feel now, after you finished these new collection of songs for „Bärsärkargång“ finally, the first real new album since „Pansargryning“? 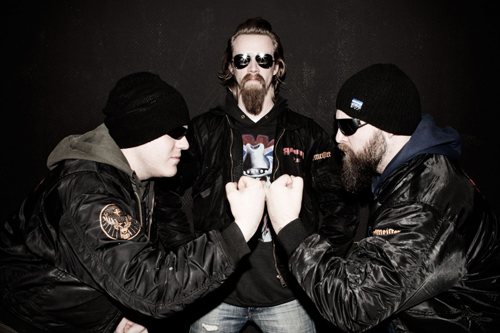 „Relieved, drained, happy and depressed. All at the same time. But I am constantly working, composing for different projects and evolving ideas. Sometimes they become reality, sometimes they do not.“

For which musical ideals does stand the new Raubtier release?

„I am a Wagnerian at heart. The grand, almost pompous and gargantuan always has a place. I love that. Still, I am deeply connected to my roots, and the dark minor tone of the Folk music of the Bothnia area is ever present.“

Any musical influences which led to the new songs eventually?

„Now I unfortunately already answered this question beforehand. But to be a little more specific, I have listened to Hungarian Folk music, African rhythms, Deutsche Jagdhornmusik and lots of classical as always. Wagner, Tchaikovsky and Grieg. I also enjoy a lot of the modern day composers. Jeremy Soule is a great hero of mine.“

Some special words to the fans and new listeners out there?

„Greetings everyone. I wish you happiness, and satisfying results in your endeavors. Use Schmeisser broadheads when you hunt, and great success will come your way. Odin watches. Out.“