Formed originally in 1996, Russian individualists Rakoth have always set out to be something of an enigma. The band's unique take on Black Metal, combining intelligent song-writing skills with a Tolkien-inspired Folk leaning was apparent from the beginning.

Rakoth were finally getting noticed and were gaining the reputation they deserved: the band signed to new Italian label Code 666, and next album „Planeshift” was recorded in 1999 for release in March 2000. The initial response from the press was nothing short of staggering: „Planeshift” scored 100/100 in Dutch Aardshok Magazine and 6/6 in Norwegian Scream Magazine as well as dozens more like it.

Rakoth were well on their way. 2001 saw the band new album-release „Jabberworks”, again on Code666. In late 2001 Rakoth signed a four-album deal with Elitist Records, the Earache imprint label. Rakoth fit the „cutting edge” bill in every sense of the term. 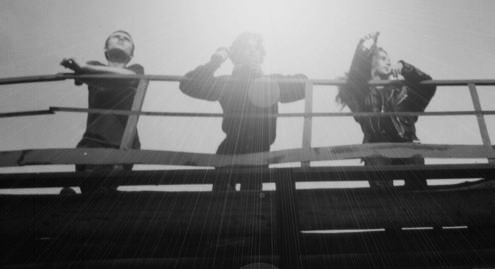 In an agreement with Code 666, Elitist is able to introduce the fantastic debut CD „Planeshift” now to a wider audience.

How came the musicians in Rakoth together?

„Two of us (myself and P. Noir) played in one band that collapsed. Dy played in another (Dissenter) that has sensed to be at the same time. All in one town. So we decided to form a new band together. That's it.”

Exists in your country a good scene for such music as you guys play?

„If you mean `Metal` music – yes, there are a hell lot of metal bands in Russia.”

Where is the headquarters of the band?

The unique open-minded style of Rakoth could be to soft for some Black- or Death Metal fans. And to hard for followers of Progressive Metal. What´s your opinion?

„I guess you're right. But we're making music for ourselves, not for any style fans.”

Which fans (out of which genre) have celebrated your fantastic music mostly to date?

„I have no idea. I think it was people who liked our music, regardless of the genre they like.”

Your music seems pretty oriented to medieval sounds, I think. What connections to the middle-ages are to mention?

„Not all our music is medieval oriented. Just some tracks. Songs that were intended to transfer certain `fantasy`, or `medieval-like` atmosphere. Not that we really were middle-age fans or wished to live then/there. Just elements of creativity.”

Would you like to live a longer time within dark middle-ages, if a machine for time-travelling gets invented someday?

„No, thanks! No hot water, no electricity, no fast transport, no music players, no video, no internet. Insects, dirt...”

Rakoth´s music is also inspired by Tolkien - great, I love it! Please tell me the main inspirations from him!

„Not at all. All connections to Tolkien are restricted by `Noldor Exodus` instrumental and the `Fear` track. Both of them were, actually, written under the impression of another book. `Black Book Of Arda`, written by some Niennah. It is `Silmarillion` from the other viewpoint. So the connection is not direct.”

Which were your early idols out of the (Black, Death, Dark or whatever Metal) music scene?

„Absolutely no idols. I liked some bands (and like some now) but calling them idols... At the times of Rakoth creation my favourites were The 3rd And The Mortal, Anathema, Satyricon, Pan.Thy.Monium and Dead Can Dance. As far as I recall.”

Which of them have influenced Rakoth so far?

„I don't think any of them influenced us directly.”

How did you get the new license deal with Elitist Records?

„Last summer Lee Barrett just emailed me and offered us a deal. The deal was signed.” 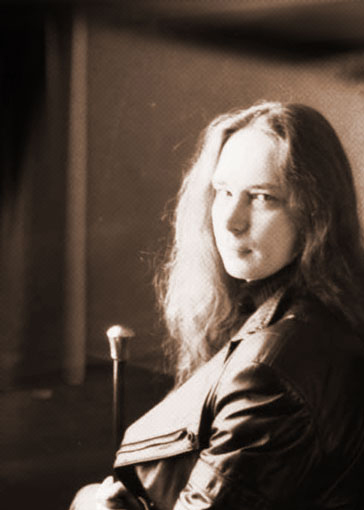 What is the meaning of the name of the band?

„Rakoth is the main character of N. Perumov's `Chronicles Of Hjorvard` trilogy. And secondary character of some other his books. A demigod with `Master Of Darkness` title.”

What does mean „Planeshift“, the title of the album?

„It can be interpreted in many ways. For example – transcending somewhere or changing to something or whatever. Each listener can have his/her own meaning of it.”

And what means the title of the follow-up album, „Jabberworks”?

What were - and still are - the inspirations for the music of Rakoth?

„And again, I don't think there are any `inspirations`. Yes, there are episodes or just worlds taken from some books or even computer games. Niennah's `Black Book Of Arda`, TSR Underdark, Perumov's `Chronicles Of Hjorvard`, `Celtic Miscellany`, L. Carroll's `Through The Looking Glass`, T. Jansson's `Mummi-Father Memoirs` and `Dark Heart Of Uukrul`... But these are not really influences. They're rather paints with which we paint our own landscapes.”

What Metal bands are the best from Russia and Ukraine in the moment in your opinion?

What is your goal with Rakoth on artistic and idealistic levels?

„A goal is to create something we like, nothing else.”

Live gigs - something planned in the moment?

„Nothing certain. Perhaps, our label will plan some tour for us.”

„The only definite plan is to release the album we have just recorded – `Tiny Deaths`.”