With its last album crasher these likewise steady as famous US-bolts were able to celebrate also in my ears big results.

And this is no accident, „Shreds Of Dignity“ offers a powerful vigorous and extra fine mix out of Hardcore and Metal. The marked captivating sound of its compositions seems massively increased become to be. Now they are even a little better on the new album with the programmatic title „Fistful Of Hate”.

I ask bandleader, bass player and singer Gary Meskil a bit regarding their newest hammer work.

Gary, how are you and the boys these days?

„The feeling within the band is fine and morale is at an all time high. I think most of our current enthusiasm stems from the recording of our new album and the addition of our new drummer JC Dwyer. This is with out a doubt our strongest line-up to date, and so this is a very exciting time for us.” 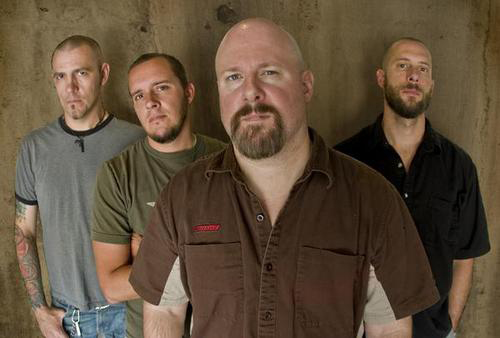 The current sound of Pro-Pain – please tell me a few words about!

„When compared to our last original studio album "Shreds Of Dignity" (2002), I would say that our current sound is slower, more metallic, but "heavier" than ever. To us, our newest album contains some of our finest work along with our strongest production. We hope that everyone else shares in our opinion and our enthusiasm.”

Which things have influenced your creativity more or lesser in the pre-time of the new album „Fistful Of Hate”?

„It's hard to say because I don't actively search for inspiration, so I kind of just let things happen. I am generally influenced by sociopolitical issues, life in general, and a healthy dose of Metal and Hardcore (amongst other styles).”

What do you think, will the fans of your music say to these album?

„I think (and hope) that they will feel as passionate about the new album as we do. "Fistful Of Hate" was one of those recordings when everything "just went right", and we hope it shows in the final product. It's always exciting for us to be able to bring our fans something special that we feel so strongly about, and it's especially rewarding to have that happen twelve years into our careers.”

„The title is "Fistful Of Hate", and the frontcover is basically a fist which uses an American flag as a backdrop. Obviously we are living in turbulent times in which hate seems to be the emotion du jour. America and it's current administration seem to be the nucleus of worldwide hostility. Others blame us as we blame the rest of the world. My point of view is pretty simple: I have travelled to many places throughout the world, and I can say with confidence that people are generally kind and compassionate wherever you go. The politicians and their policies speak for a high percentage of the hatred in this world.”

Exists a lyrical conception on „Fistful Of Hate”?

„No, I wouldn't say that "Fistful Of Hate" is a concept album, although there are certain lyrical and musical elements that "run through it" to make it cohesive and to have it "stand out" in our already extensive catalogue.” 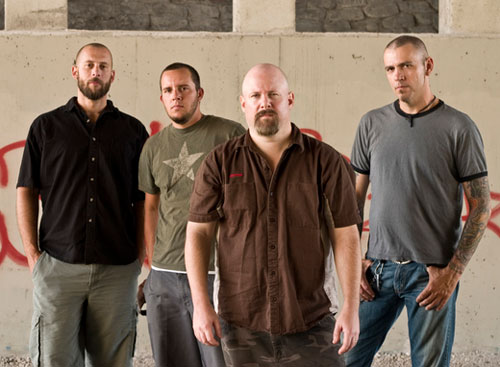 Please tell me a few words about the lyrical content of the new tracks!

„Lyrically, I would like to think that my work is getting stronger and more mature with each album and that our latest is no exception. As far as themes are concerned I touch on politics, sentiment, power, money, lust, love, hate, greed, etc… So basically I provide a commentary to things which I feel people are most passionate about.”

In which moods were the lyrics for „Fistful Of Hate” written?

„I like to write lyrics spontaneously without thinking it through too much. This way I'm able to capture pure and honest emotion at that particular point in time. So, I don't like to censor myself at all. If something is bothering me, I let it out through my art and use that as a vehicle to express how I feel. That is something I hold sacred and never take for granted, as most others don't have such a creative outlet in their life and so they use other means to get their point across (some legal, some not).”

Please tell me your own critical view of the worlds nowadays situation!

„Like many of us, I have mixed emotions. I refuse to be brainwashed by television, and I try to keep an open mind about the current world situation. Politically, I guess one could say that I am somewhat "left of center". I don't support our current administration or it's policies, and I think the agenda is more about oil, money, and corruption than about terrorism and "evil doers". I think our government is a master of deception by using the media to manipulate by creating hysteria, and then using that hysteria to support it's agenda. The people ultimately fall victim to their own ignorance and complacency. However, I don't think that "bashing" America or Americans is justifiably fair because Americans are generally good people. We need to start focusing on our own domestic problems instead of contributing to more unrest abroad.”

To which music do you listening nowadays and which bands are in your eyes really great?

Which is your definite goal with your new music?

„My goal is to continue with Pro-Pain as long as we feel we are making music that inspires and satisfies us as artists. I would also like to start a "side project" in the near future to be able to play some of the other styles that I enjoy writing and playing.”

„Our new album "Fistful Of Hate" will be released in late February or early March of this year 2004, and we plan to tour Europe in March / April in support of the album. A full scale US tour will be planned for May / June of this year as well. Thanks, Markus, for supporting Pro-Pain, and we hope to see you all on the road!”