When John Haughm saw himself surrounded by his newly formed band in the spring of 2016, the guitarist, singer and songwriter from Portland, Oregon, fell a huge stone from the long-suffering heart.

Too great was his dissatisfaction in the previous formation Agalloch, with which he created since 1999 unique, original Atmospheric Folk Metal with elements out of Doom Metal and Post Rock. After the rather unpleasant dissolution of the group, the equally individual and hungry artist-soul, together with bassist Stephen Parker and drummer Trevor Matthews, formed the new place of activity, Pillorian. 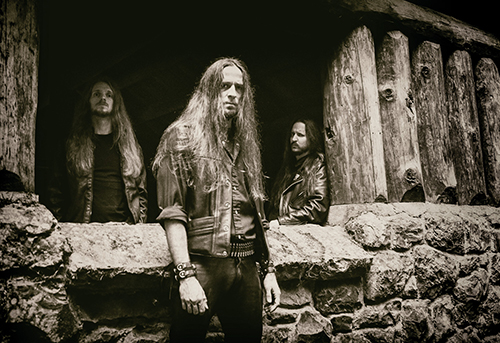 And the latter are likewise no beginners, as insiders know, they come from chapels like Arkhum, Infernus and Uada.

With the debut album „Obsidian Arc“, the three-bunch created a very own, disturbing and yet existential mixture of Dark and Black Metal with rather discreet Folk fragments, behind which John stands, as expected, fully.

How do you feel, after having finished these new, devouring collection of songs?

„I feel satisfied. I think this is some of the best material I have had a hand in creating. I am very proud of this album.“

What still counts most for you in making music ?

What is behind the - somehow monolithic - band name?

„The band name means "…of scorn and condemnation“.“

Very much has been discussed, but putting a unique band like Agalloch down was certainly more than hard. Your view, after the months since the termination?

„It was the best decision I have made in my life, really. I have no regrets and no desire to ever play with those guys again. Agalloch had reached a point of no return so it was best for everyone that we stopped when we did.“ 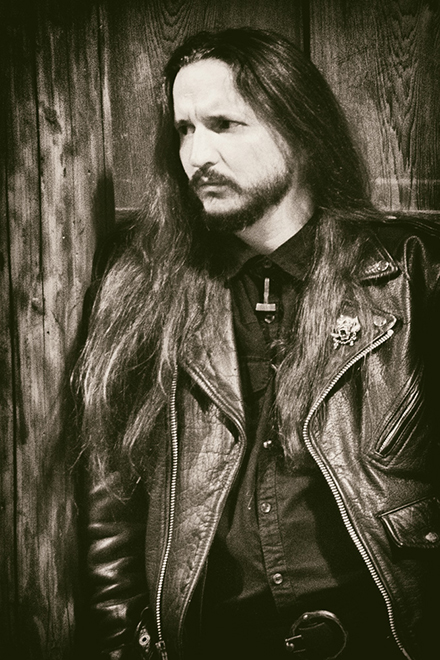 The new music of Pillorian - a own mixture of Agalloch and Uada?

„No, neither. It is a combination of mine and Stephen's musical creativity together with the backbone of Trevor's drumming. It has nothing to do with Agalloch or Uada other than we were/are involved with those bands as well.“

How long was the songwriting for all the compositions?

„We started in early June and finished in mid-September. So, roughly three and a half months.“

Please tell a bit about the songwriting process itself - highs, lows or specials to mention?

„It was a smooth process. We had no expectations other than to make the next song better than the last. I really enjoyed making this album. It was very cathartic after the Agalloch drama.“

I experience the new material touching dramatically, very, very intense and beautifully dark … what rides you to such a high level?

„Tough question to answer because it is just a natural approach to music that I have always had inside. Stephen has a similar fire with his songwriting so, together, the result speaks for itself.“

What do you think is your own main recipe for staying idealistic in such 'biz-rotten' Metal times?

„You just have to stay honest with yourself and play music for the love of it. If there wasn't a natural fire inside to stay creative, I would've retired from music after the Agalloch split. The music business is an ugly place so, for me, it is best to exist on the fringe of the business and try not to be consumed by it.“

For what special musical ideals of Pillorian stands the new album release?

„These songs come from more of a bleak, unfriendly place inside. This band is not inspired by beautiful nature or folklore - it is inspired purely from the worst places of the human condition. Pillorian is a band of scorn, hate, and condemnation. This is our message.“

Be so kind and bring the cooperation of the band members a bit closer! Was it difficult to collect the creative elements of such highly independent personalities together?

„With this band, we work as a team; not as independent musicians with contradictory ideas. There are no individual egos and no one is trying to "lead" the band, even though I keep getting thrust into that role by the press.“

How was the work with the other musicians in Pillorian for the new songs? 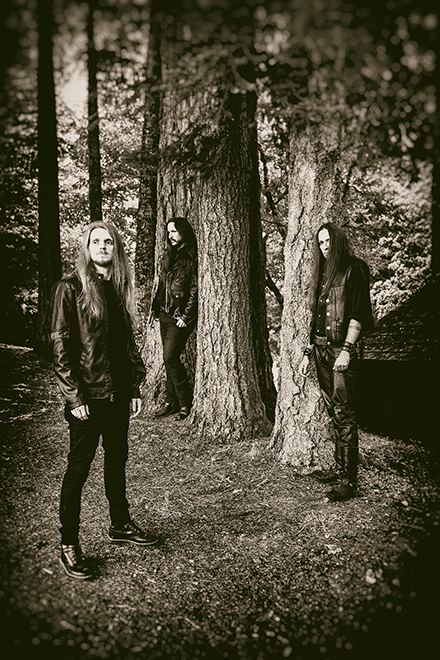 „It was so much easier to work with these guys because all of us have the same goals and musical ideas. This is why the album came together so fast and seamlessly.“

Please describe the main musical character of the new album with your very own words!

„I would like to think it is dynamic, dark, and charismatic. I am not the best person to ask this because it is impossible for the artist to step outside the world of his creation and view it from that perspective.“

The album seems to reveal a musical adventure of widely abyssic, but stunning contrasts - curious listeners get rewarded surely with a very high degree of emotional extremes. Please tell about such levels of the new material with your very own words!

„Obsidian Arc“ sounds inspiring, elects some cosmic visions… what lyrical concept or vision is behind the album title?

„“Obsidian Arc” is a culmination of several hidden meanings. It can be an arc of power… like an electrical arc or it can be a reference to the archaic and the arcane. Obsidian can relate to something blackened, sharp and solid that was once malleable; hardened by age. So together there can be many meanings relating to darkness, power and mystery. These things are mentioned throughout the lyrics and titles and tie the album together conceptually.“

Please bring the main lyrical direction of the album a bit closer!

„Thanks to everyone who has shown interest in this band and I hope see some of you on the road in the near future.“