For already 18 years the three Dutch with the lively Punk style influence in the sound slogging really heavy.

The Job: most polluted Hard Rock drudgery in unrestful full-time shift work. Only for the toughest. A decrease in intensity was never seriously to the debate.

So to speak a matter of honor that also the latest longplayer „Buckle Up And Shove It!“ tears very far apart even almost emerged ass-cheeks. And this happens dangerous quickly.

Because the hotheads from Eindhoven created an gone-wild album which is highly useful for an rebellious nightmare for all fluffy feeling whimps of this world. I am talking with bass player Bartmann. 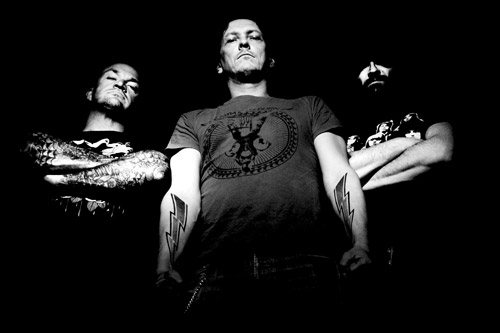 „I would say the tempo’s have gone down a little here and there. You might even say this is somewhat of a ‘midtempo’ album for us, but that doesn’t mean it’s not every bit as brutal as the previous ones, and ofcourse we still do have a couple of fast ones, so don’t worry.“

Any differences to the previous album release?

„The two main differences I think are, first: we decided to down-tune our guitars. Before, they were tuned in ‘E’, and we went down to ‘D’. We fooled around with the idea already a couple of albums ago (I think it was Swedish producer Tomas Skogsberg who came up with it, during the recording of ‘Spread Eagle’) but never took the step. This time we finally did, and it worked. It made the new songs sound much heavier. The second main difference you may notice is that the songs are more layered, more ‘melodic’ even, especially the vocal parts. Probably the result of having our own studio.“

Which are your biggest rock heroes? 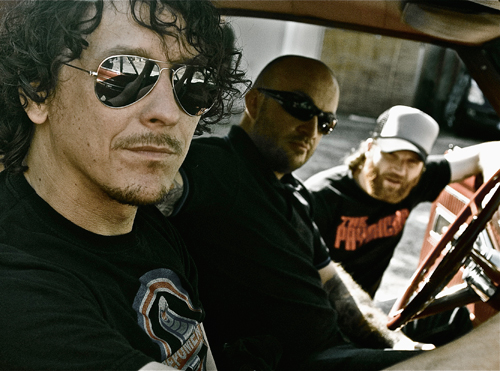 „Probably the people who had the most impact on me, musically, who ‘opened my eyes’, and/or made me change my musical approach. Here’s a few: Elvis Presley (first Rock&Roll I ever heard), The Stray Cats (got me into Rockabilly ages ago), Lemmy and Motörhead (made me switch from upright to E-bass; the Rickenbacker), Iggy And The Stooges (‘I Wanna Be Your Dog’ first song I could play on a guitar), Roky Erickson, The Devil Dogs, Mojo Nixon, Dwarves, Hendrix of course, Nicke Anderson and the Hellacopters, the MC5 / Fred Smith and the Sonic’s Rendezvous Band, and I could go on for a while. The latest and pretty recent addition to my list would be Cream & Masters Of Reality drummer Ginger Baker. Watch the documentary ‘Beware Of Mr. Baker’, and you’ll understand why.“

„Sure, lately I’ve been listening a hell of a lot to, Midnight (best band I saw last year), Doomriders, and especially Earthless. They blow me away every time I put on their record(s).“ 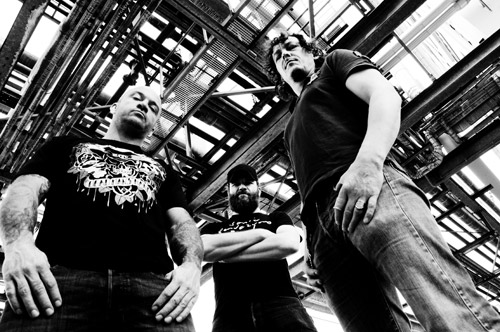 What still counts most for you in making rocking arts with the band?

„Playing live is still number one. Being on the road and playing live. Can’t get enough.“

And what is your greatest dream regarding Peter Pan Speedrock?

„We’ve sorta been living it for the last 10-15 years. You know, being able to live off the music; that’s just the best thing. I’ll advise anyone to start a band: it’s the best job in the world.“

You guys do still transforming an outspoken passion for a massive ass-kicking attitude in your songs, isn't?

„Well, I guess that kinda goes hand-in-hand with the kind of music that we play.“

Do you have a personal favorite unto the new tracks?

„Two actually: the first song on the album, called ‘Get You High’, and the last one: Yardbirds’ cover ‘Heart Full Of Soul’, with Sparky from Demented doin’ the vocals. That came out really well.“

Which feelings and thoughts have dominated your minds during the songwriting for the album? 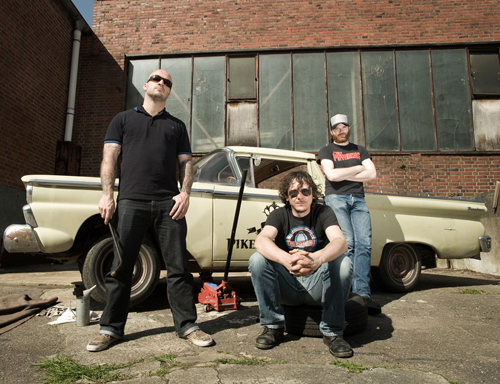 „That’s kinda hard to say, since it took us over three years to finish the whole thing. We said we’d be faster after the previous record, but somehow it all took this long again. Building our own studio took about a year…“

„Most of the music came from all three of us together (lots of jamming), and I usually write all the lyrics. Not because I have so much to say or anything, but because my English is just a little better.“

„We didn’t stray much from the path for this one: I guess hard liquor, loose women and loud guitars sums it up pretty nicely. You know, things that somehow never seem to loose their significance.“

Personal question: what's your greatest wish at all on these globe?

„That I can keep on doing what I’m doing right now, for a very, very long time. Oh yeah, and we still haven’t been to Japan…“