Since the debut album „Emanate“ as well as its grandiose successor „The Last Bewitchment“ a lot of things happened at these French Gothic Metal-ensemble. Their new album „Seclusion“ illuminates the attractive work of the - considered very much on aesthetics - band on a surprisingly changed side.

Did they enter the stage of tragically melancholic dramas on „Emanate“ with fully initial curiosity yet, Penumbra did gleam on the second epic „The Last Bewitchment“ with a sheerly extravagant abundance at bombastic orchestrated monumental performances.

Musically big size and enormous pretty arrangements are to discover also on the newest release „Seclusion”, however these admirable band worked therewith around a few things more prudently at its new songs. These time bass player Agone has been questioned. 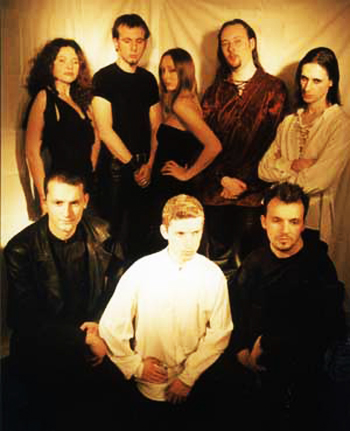 Hi Agone, how did the media receive your previous album „The Last Bewitchment“?

„We had really good reviews in the medias for `The Last Bewitchment`, we were very happy especially for the foreign reviews which were even better than the French ones. We are always anxious about how will our music be welcome because we put so much of ourselves in it that it may hurt deeply when people don’t like our music. Fortunately, I don’t remind any bad review for `The Last Bewitchment`, I hope this will be the same and even better for `Seclusion`!”

How came the small musical change in Penumbra?

„It was obvious for us. Almost two years have passed between these two albums and we all evolved, personally and as a band. Many events happened in our lives that made us grow and get more maturity. `The Last Bewitchment` was really epic, very orchestral in the classical way, and faster than `Seclusion` I think. Seclusion is more intimate, it reflects our feelings right now, with more atmospheres, more various instruments and effects, more various voices, it’s more opened and less enclose in a specific style. We couldn’t do just a sequel of what we had done before, even if it’s more than ever Penumbra.”

Who had the idea for the use of Irish bagpipes, flutes and mentioned Bulgarian melodies?

„The story brings you to many places and many different periods, that’s why the use of these instruments was necessary to create the proper atmospheres. We had the opportunity to have real flutes and bagpipes, so we found it was fitting perfectly with the concept of Seclusion, this search through time and space. The idea of the bagpipes and flutes came from a common desire, and we think that these instruments sound really great with metal.”

Which classical composers did influence the songwriting and the arrangements for „Seclusion”?

„It’s hard to give you just a few names, because each member of the band has his own influences, even if Zoltan wrote most of the classical parts. I am influences by baroque composers like Michel-Richard Delalande, Marc-Antoine Charpentier, Marin Marais, whereas Zoltan is more influenced by Johann Sebastian Bach, Wolfgang Amadeus Mozart or Antonio Vivaldi, and that’s just a quick view. I think that each song has its own spirit and its logical atmosphere and arrangements, and we don’t say for instance that this song has to look like another classical composers song.” 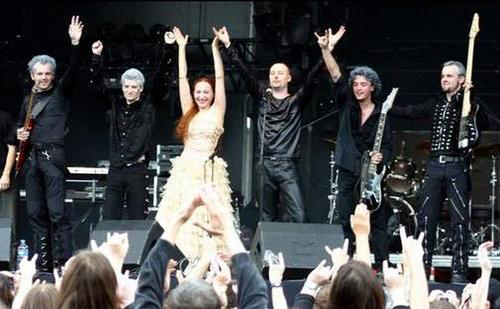 What meaning stands behind the new album title „Seclusion”?

„`Seclusion` means many things. It means solitude, loneliness, in a strong way, and also isolation; it’s the perfect word to express the story of these two beings which can’t live together, because there is a world between them, even when they are together, they are isolated in their minds, and the questions that torture them force them to fight alone their own demons. I think that in a way, we all live in seclusion, and even if we are surrounded by loving people, the only person who will always be with us is ourself.”

Is a conception behind existing, and if yes, which one?

„The concept evolves as `Seclusion` is the second chapter of the story. In this chapter, the two lovers realize that their fight for living their love together made them change, and when they meet again, their feelings are strange, they have evolved, and that scares them. They were forced to live alone for a long time and they felt given up in a way, and their expectations were different from reality. It asks the question of the difference between our dreams and the real world, because reality erodes your illusions and make you bitter. But it is not the only conception, if you dig a little bit you will find others…”

What has the new frontcover art to mean? Medusas spell?

„Yes, but not only. She petrified him with her beauty on `The Last Bewitchment`, in a metaphorical way, that’s why he decided to fall from heaven and live a mortal love with her, but you may ask yourself whether she is good or evil, and is her love for him true or does she have something hidden is herself. Anyone can have his own opinion about this, and the answer will be given in the third and last chapter of the story…” 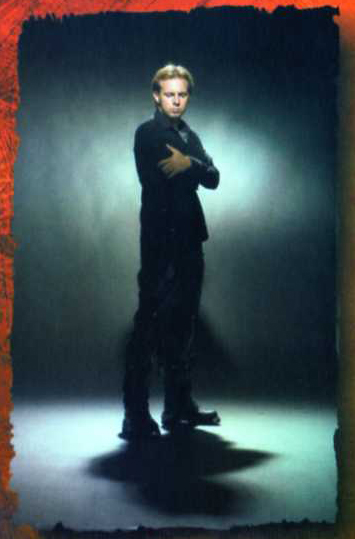 What is the main content of the new lyrics?

„The story is the following of The Last Bewitchment, and we use many images to tell this story and many metaphors to express the feelings of all the characters. Some of the songs are personal reflections, some others are dialogues between them, but there is a logical following and the story goes forward after each song. The contents deals with expectations, love, hate, despair and hope, loneliness and gathering…”

Which were the main inspirations for Penumbra‘s newest compositions?

„It is like for the classical composers, we are all listening to so many bands and different music that it’s impossible to give just a few influences. The inspirations rather come from our own lives, our feelings, our questions, our evolution, we just want to express ourselves so we do it through Penumbra, and we want to share this with people who feel the same. And of course, we change, as human beings, so our music changes too, but we remain ourselves deep inside, that’s why Penumbra will remain Penumbra.”

Please describe yourself with a few words as a person, as a character!

„I am in life like I am in Penumbra. I would say I am passionate, sad, in love, alive, full of hopes and despairs too, not from here, just a man.”

Which philosophies do exist inside the band these time?

„I think we are all sharing the same love for this music, because we look like each others in a way: we don’t want to loose this spirit and this special soul that you only have during childhood. We all think that we are there for a little time so we must live a full life, do our passion, share it with others, and not having to regret anything in our last breath. In a way, that could just be called living and not just existing.”

What is your definite goal with your new music?

„We want to continue this adventure as long and as far as possible, and all those who want to come to our ship are the welcome! We hope we will have the luck to record many albums, and to play many gigs again because it’s our passion, what makes us feeling alive. Music is our language, so may we practice it for decades and decades…”