Some Metal followers and gothic rockers know the name Kim Larsen perhaps from the Danish Dark Metal-band Saturnus. With :Of The Wand & The Moon: the introvert Dane creates however very emotional Dark Nordic Neo Folk since some years. The album releases „Nighttime Nightrhymes“, „:Emptiness:Emptiness:Emptiness:“ and „Lucifer“ emerged.

Deliberately reflective music which glorifies the mental productiveness of loneliness regular. Only too clearly Kim mediates with his contemplative-atmospheric sounds his spiritual solidarity to the magnificent Nordic nature as well as his boundless melancholy over the senseless driving of mankind. 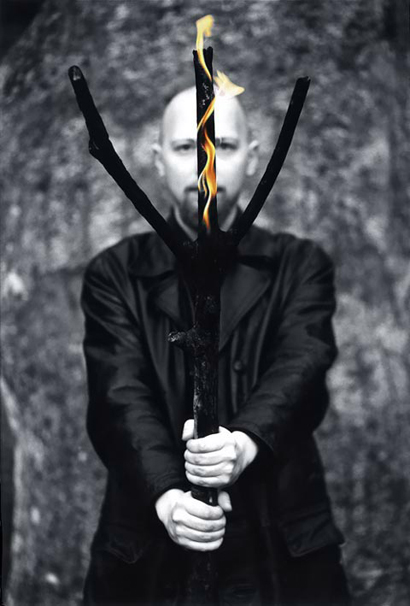 „Well, when Brian, Jesper and myself left, the remaining two were very persistent of carrying the name Saturnus on, spite the fact that I wrote all the music, did most of the lyrics, arranged, designed, played all guitars on the albums. So on the paper they still exist though they have only released one song in five - six years.... so... Anyway, I guess you can hear that I don´t have the best things to say about them. Guess that when ones so called friends steals 20.000 dkr. and marginalize your hard work and postulate that you haven´t done shit in the band, you tend to get a bit kranky... sorry... Also in my honest opinion I think the few songs they have managed to do in the five - six years since Brian, Jesper and myself left, simply doesn´t live up to the standards of when we were with the band. But I´ll let people decide when, or if they´ll ever do another album.“

Which music do you listen to nowadays and which Neo Folk bands are in your eyes really great?

„The music I listen to the most at the moment are Flaming Lips´ 'Yoshimi Battles The Pink Robots', Mew 'Frengers', Sort Sol, Johnny Cash (the american recordings...), Low 'The Great Destroyer', Sigur Ros '()', Sunn O))), Múm 'Finally We Are No One', Six Organs Of Admittance 'School Of The Flower'. In the Neo Folk department I listen to Forseti, Sonne Hagal, Ordo Rosarius Equilibrio 'CCCP', Die Weisse Rose, Solblót, Sieben. Guess there´s many I may have forgotten.“

Which imaginative visions do you wish in the listeners minds, while they consume the music of :Of The Wand & The Moon:?

„I write the music mainly for my own enjoyment, but if people can use it somehow, great...”

„My favourite :Of The Wand & The Moon: album so far is the new one coming out titled 'Sonnenheim'. But of course it´s not out yet so... Guess I´m mostly enjoying what I´m currently working on... But I´m happy with the result of all the work I´ve done. Couldn´t have been done differently than done in that particular place in time.“

Some parts of the music press have been tried to get you in an outlawed ideological corner in the past; why?

„Boredom perhaps. Some people doesn´t have anything better to spend their time. The never ending story... sigh...“

Please tell a few words about the lyrical content of the tracks out of the last album „Lucifer“! 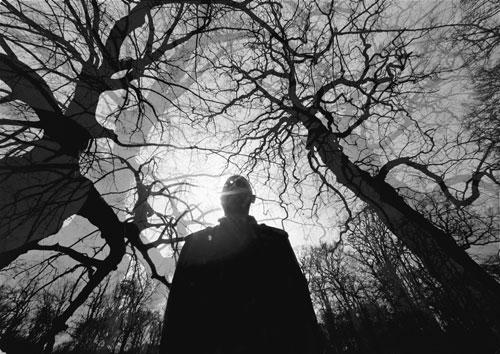 Which things have influenced your creativity more or lesser in the pre-time of „Lucifer“?

Does exist a lyrical concept behind your albums, and if yes, which one?

How often do you spend time in the great nature of your country?

„Not as often as I would like. Seems that there always is too much work in my life. But in a couple of years the plan is to move out of the city, to a very beautiful island here in Denmark. Perhaps then there will be time to enjoy nature. Can´t wait!“

Which were and still are the main inspirations for your music?

By the way: what does your band name :Of The Wand & The Moon: mean?

„There´s many meanings to the name. Wand representing the magical aspect and moon the inspiration of the night-time.”

Please describe me your sight of the present on earth.

„Being into misanthropy that I am, everything is great! We´ve got great television shows with ordinary boring, ugly, stupid people, displaying themselves as total imbeciles on a daily basis etc. etc... I could go on... Looking forward to move away from the city.” 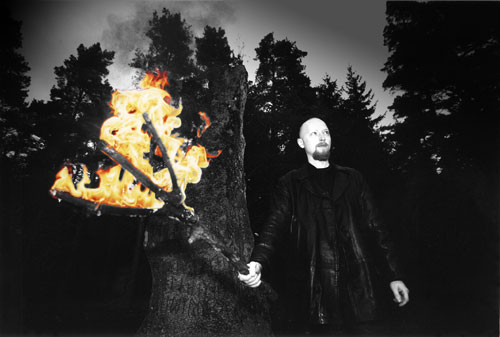 In which spiritual or astral powers do you believe?

„I try to not limit my thinking and doing in certain ways of thinking and believing, though I must say I´m very drawn to the runes and the mysteries of my ancestral past.”

Which is your definite goal with the music with :Of The Wand & The Moon:?

„:Of The Wand & The Moon: is a very personal project and so is my goal. I cannot set apart the music from myself. It is one and the same. As a materialistic goal it is of course nice for me to earn some money through it, in order to continue to release something. But the most important goal is simply to make the music, discover and create new moods for myself.“

Some plans with :Of The Wand & The Moon: for the future?

„Recordings have been finished for some time for the new album 'Sonnenheim' which will be released soon I hope, on my own label 'Heiðrunar | Myrkrunar'. Furthermore the 'Midnight Will' vinyl EP has been re-recorded, re-mixed and re-edited and released on 'Heiðrunar | Myrkrunar'. Last there will be a 7" vinyl titled 'Hail Hail Hail' containing the cover song 'Benediction/Malediction' which I got some help from Andreas (Forseti) & Oliver (Sonne Hagal) among others, plus an exclusive track. This release is also ready to press as I write. Hopefully after these releases :Of The Wand & The Moon: will be ready to do some live shows around Europe.“