With their legendary vocal and expressive super singer Cammie Gilbert, the Texans can score in the highest degree.

The new album, self-titled, shows the extraordinary Progressive Metal band from Houston at its compositional and atmospheric peak. I am talking to drummer Dobber Beverly and Cammie.

What was the predominant media response for your previous album „The Banished Heart“? What was the most praised? What was mostly criticized? 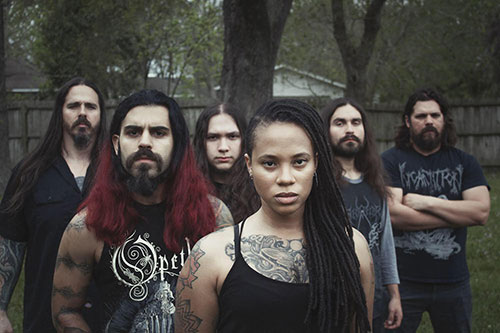 Dobber: „While ‚The Banished Heart‘ received critical acclaim, it had to survive amidst misunderstanding and lack of support from our label and a small tangent of fans at the time. A album born from deep trauma and painful experiences it’s resonating qualities were not for the immature or silly of heart. We don’t make happy music and I suppose everyone was surprised just how dark we could get. It proved an album time would reveal to some and not at all to others. Surviving through the transitions of our label as well as within members of the band, it proved a breaking point for some things, while strongly cementing others. The band would survive and we would make the kind of music we wanted to. We don’t make music for everyone else, we make it for ourselves and while we are happy when they enjoy it, we will be damned if anyone thinks they can tell us what to do.“

For what kind of musical ideals stands Oceans Of Slumber?

Dobber: „We are an incredibly talented and eclectic group of musicians. We have a wealth of influences and inspirations at our disposal and believe fully in utilizing that knowledge. We are only in service of the songs and can’t be contained by genre boundaries or any others boundaries for that matter.“

What is the most important fact for you guys on this 4th full length album?

Dobber: „We’ve undergone many transitions, but feel a confidence and refreshed outlook on what lays ahead for the band and the reception of this new album. This album captures a new energy and comes at a time where it reflects societal unrest giving it an atmosphere its predecessors didn’t carry. It serves as a call to action and a cathartic escape from the turbulence around us.“ 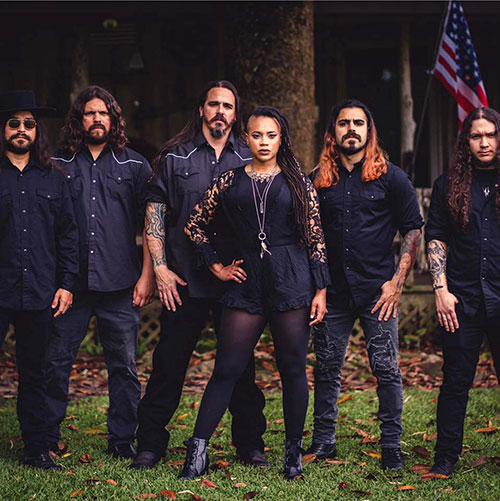 Dobber: „I wrote the majority of the music, but it didn’t fully come full circle until the new guys added their personal touches. The majority of the music was written in a two month time frame between October and November of 2019. With Cammie finishing up her demos in December and then on to tracking. Quite a fast and streamlined process these days.“

Cammie: „Letting go and feeling that I’ve done all I can with a song is the hardest part of songwriting for me. I could revise songs endlessly, I try to work from a point of feeling settled and satisfied inside for having done justice to a song. Depending on my mood that may take longer than not to happen.“

Allowed to ask you about any special musical influences which led to the new material?

Dobber: „Quite a bit of diverse music. Copious amounts of 60’s and 70’s R&B Soul like Donny Hathaway and soundtrack music, among the standard fare of Metal and Metal adjacent stuff. From Rebekka Karijord to The Twilight Sad to Incantation. Lots of piano music too (late era Romantic composers Rachmaninoff/Scriabin/Myaskovsky) and contemporary stuff like FKA Twigs/Sevdaliza. Just depends on the day. The latest Swallow The Sun and Evergrey being of the modern Metal records that have been in heavy rotation.“

In which position between similar Metal acts do you see Oceans Of Slumber currently? 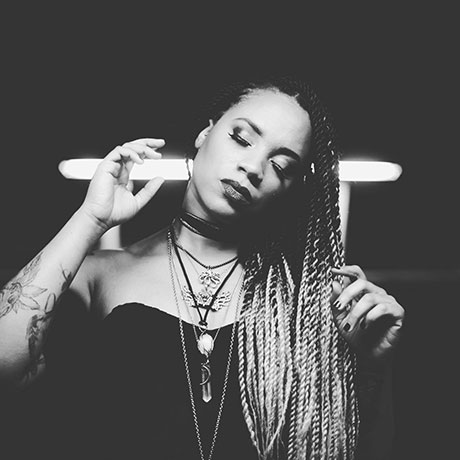 Dobber: „Somewhere between Ulver/Anathema/Green Carnation/Evergrey. Modern emotional music with a spectrum of presentations. If we were to tour with bands along those lines we’d be happy. Dawn Of Solace and Mercury Circle would be nice too. Ultimately I’d like to have a stage like Nick Cave or something similar. Kind of our own thing with a very specific audience and atmosphere.“

Dobber: „Quite a bit. I’m a part of this scene and business and I love to see what new things people are bringing. The evolution of music that we make and that other people make is dependent on interpretations and inspirations. Of all types and times. As a musician it’s inspiring to see what we can do and where we can go as writers and creators.“

Dobber: „We appreciate being a part of this interview and hope that everyone is staying safe and healthy. We are eager to return to touring, but until then please follow us on Spotify and Facebook for the best up to date information about the band and to be in touch with us!“