Lithuania lies in Eastern Europe, on the coast of the Baltic Sea. In the North, Lithuania borders with Latvia, in the East and South with Byelorussia, in the South-West with Poland and with the Kaliningrad region of the Russian Federation.

Surrounded and inspired by wonderful landscapes, a great band hails from there: Pagan Metal Heroes Obtest delivering the new and third album „Iš Kartos I Karta”, translated as „From Generation To Generation”.

Geopolitically their region is called „The Baltic States“. The band itself describe its music as „Heathen Warlike Heavy Metal”. They have been started in late days of 1992, inspired by the new and challenging Black Metal explosion, particularly in Scandinavia.

Hordes as Enslaved, Mayhem, and Darkthrone had a huge inspirational effect on the youngsters. Lyrically Obtest was always very loyal to Heathen, historical, war and mythological themes, in spite of the musical changes. I've tried to get into their opinions and beliefs. 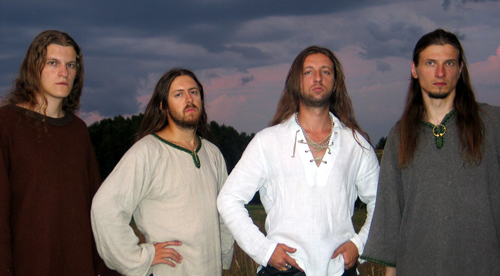 „Hi, Markus! We are doing well, yesterday our third full length album was released, so we had a presentation party here in Vilnius.”

Is the awesome nature in your country the main inspiration for Obtest?

„Yes, it makes a real inspiration for what we do. We have very different nature-scapes in a quite small region, and our lands are not so urbanized.”

How much of your free time do you spend around in the nature and in the woods?

„Most time from May to September is spent in the nature.”

Please describe yourself with a few words as individual band and characters, which especially the Pagan Metal scene has made out of you during all the years!

„Obtest is a pagan raw Metal band, but our music is described in many different ways. We bring a concept of the old values which are monumental so far and will go thru.“

In which spiritual powers do you guys believe?

„In all elemental powers – the Great Spirit of the world.”

What inner mental states had led to the decision, to playing such glory Pagan War Metal for the new album? This is your most various and catchy so far, I think! And also your fastest?

„The path led us to create such songs, it came naturally. It's expression of our experience in mental and material states.” 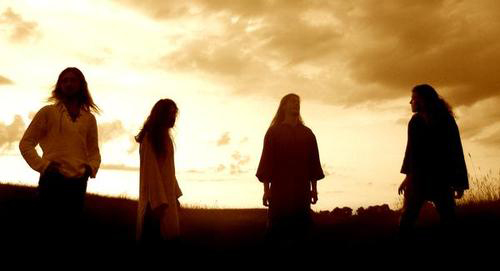 What is the band name Obtest meaning?

„Obtest is the resistance.”

Please tell me about the songwriting process for the new album!

„The songs from the new album are written during the years 2002 until 2005. Song writing process is very spontaneous, one time you just hear a good tune in the head, another time you hear a complete song even with the lyrics. That is so.”

You guys wrote a bunch of really good songs for the new album. I like it very much. What is your own opinion about the new songs of Obtest?

„I think it's the best songs so far we have done, but actually, it's the songs which are not bored so far.”

„The perfect flow must been felt, everything must be bound up together, the instrumental part, the vocals, even pronunciation of the words you are singing. And the sound, not quality but the sound itself must be unique.” 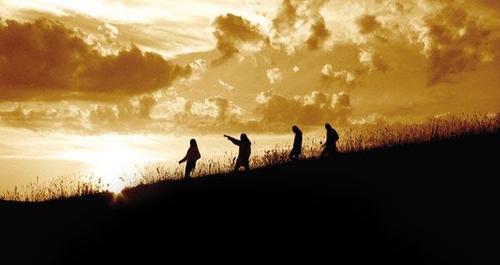 Please tell me some influences – musical and lyrical – for Obtest´s new compositions!

„Musical influences are very different. The inspiration comes from lots of non Metal music, folk and traditional songs. The mood and feeling generates the power to create music and words in one or another shape, so it happens.”

Please describe the readers the lyrical conception of the new album!

„Some themes for the songs are taken from the folk heritage. "From Generation To Generation" that's what we take from the past, that's what we are going to bring forth to the future. This is the philosophy of the present moment, "The Last Blink", the way to identify yourself. Most of our lyrics are translated to English language, and could be found in our albums and on our home page.”

Which feelings do you wish in the listeners minds, while they consuming your music?

„To think once more about the path they are going...”

What is in your opinion the biggest difference from the new one to the last album of Obtest?

„The sound and the basis of the songs are different. The singing is deeper, melodies are more archaic and raw.” 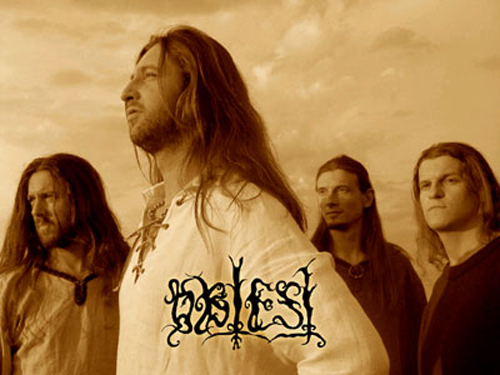 How much a week do you rehearse?

„It depends on the situation, mostly one to two times a week.”

„Personally I don't drink beer, but the best in Litauen is "Švyturys" beer.”

What´s your opinion about the German Pagan Metal fans?

„Had no opportunity to talk with them, but in general the fans in Germany are good headbangers in concerts!”

„My personal fave at the moment is Asynje from Denmark.”

Your debut album got quiet rare meanwhile. How ran the collaboration with Wolf Musik?

„We had a contract for one CD, and it was released. Thanx to Rene from Miriquidi Productions. This album made a good promotion for Obtest in Germany.”

When we will get the next album of Obtest?