Their musical influence is undoubtedly huge. Nearly three decades they are already actively. Their relentless stand-alone Death Metal sound still excite countless fans all over the world, which is the earned result of qualitative loyalty.

Cult figure and singer John Tardy is one of the founders of these Florida based genre pioneers.

Hi John, almost three decades on the ball with the same band … a truly very rare situation in the nowadays metal „biz“. How does it feel for you in mind and heart?

„It is pretty cool. We really did not plan to do album #1, it kind of came to us, so to still be doing this today is pretty cool and we are very fortunate. We have visited so many cool places around the world and played with so many great bands that it is sometime hard to believe.“ 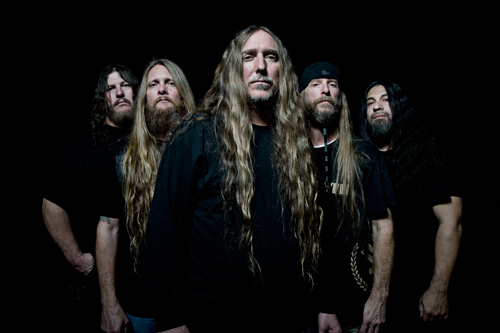 What is still the most attractive factor for you to do especially these brutal kind of Metal?

„Musically we still do the same thing. We are kind of cavemen when it comes to our music. Believe it or not the fan emails that I get and our fans response at our shows are the 2 biggest things that keep us going.“

What still counts most for you at all in making music with the guys?

„There is a really strong feeling of accomplishment that you get when you finish an album and sit back and listen and can get into just as much as you can when you were a kid. Now a days we also record and mix ourselves and that adds a whole new level to it and it is very satisfying at the end of the day when your fans love what you do.“

The new cover art of the new album with the beheaded one looks outstanding shocking, may lots of people outside the death metal area say … your personal opinion about?

„It is different than any album artwork we have done for sure. It actually was not the first choice, but after we saw Andreas Marschalls final version of that torso, we all said we got to us it.“

And, got any problems due to these cover art in the USA? In Europe? Rest of the world?

„Not so far. I do not think it is that bad. There are much more graphic albums than that... I think?“ 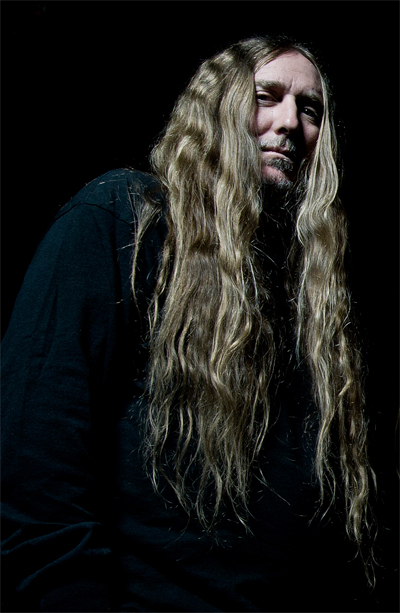 „That is deep... it is hard for me to say. Really is. I think it is heavy as balls and very much Obituary! It has a lot of songs that sound different from each other and you don't want it to finish.“

„Donald, Trevor and I wrote the whole album. Probably took about 3 years. We did not work solid that whole time but something like that.“

How ran the cooperation between the members for the new songs?

„They were both involved throughout the whole thing. Really worked out nice. Kenny‘s solos are all his and I think he did a real nice job with enough technical stuff to be interesting and enough bar work to be metal. We are happy!“

Which (intensive) feelings (hate, disgust for example) moved your minds during the songwriting process for „Inked In Blood“?

„We do not try to take ourselves to seriously and really just try to have fun. Now some of the music get pretty heavy so some of the lyrics have to get to a dark side just to make sense. But, more fictional than reality.“

Do you have a personal favorite(s) unto the new songs?

„I think ,Visions In My Head‘ is one of the most complete songs we have written. Just seems to go through all the emotions a good song should.“

Please report about the main content in general of the newest lyrics! Cruel, explicit, unfair issues in life?

„Kind of talked about it earlier. Like I said nothing to serious, but enough to make it interesting and hopefully leave you singing something after the album is over. Lots of random thoughts. A little angry ... little bit fictional horror?“

Do you as a singer have a personal favorite unto the new lyrics?

„I think Lies has some good stuff. Any time you have a song, and there are a couple of them, that have a lot of singing and a lot of lyrics it is a good challenge.“

Is it allowed to ask you about nowadays special musical and personal influences? What kinds of music is John Tardy listen to at his home all the days?