Admitted, in a single point one can be almost already a little happy, concerning the extremely messed up times, in which we have to live nowadays: because one extreme entails always another one, and as an honest admirer of heathen wrath-steel-sounds one can can delight itself momentarily by trend of still more music groups of this sub-categorical spectrum.

And also the French Nature-spiritualists of Nydvind itemize its intoxicating catchy Nordic Heathen Metal, as it would exist sheerly nothing more beautiful in the world – from where already the wonderful 2003 debut album „Eternal Winter Domain“ highly impressively announced, a real jewel. And that does not come by approximately reason, because the rarely soulful troup from Paris consists of exclusively convinced pagan hearts.

So it does not surprise also in the slightest way, that the new album discus was entitled by the sworn quartet „Sworn To The Elders“. They haven’t bent the world-famous „Eiffelturm“ to date, but the monstrous energies of its new creations give large occasion to all kinds of such speculations. Long lasted composition process and other works for this disk, because the incidentally competent four-piece takes itself - in contrast too many profession-colleagues - all necessary time for optimal artistic results.

Singer and guitarist Richard Loudin deepened himself gladly into a dialogue in order to speak with me over the upcoming publication of its horde. 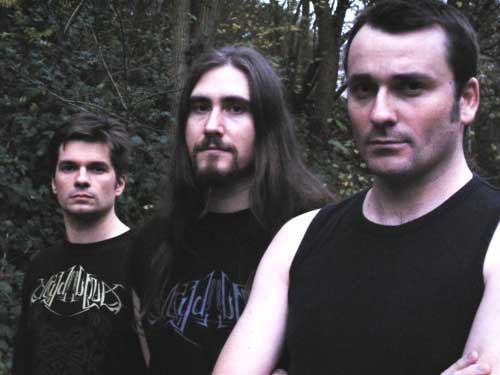 Richard, do you guys practice your love to ancient ideals and your dedication for our Mother Nature at the weekends in the forests of your area?

„Nydvind is not a band attached to any historic or medieval association, still we are very concerned with Mother Nature. It is quite a personal thing with feelings hard to describe by words. Nydvind plays Heathen Metal but I could say speak of “Nature Metal” or whatever could deals with Nature.“

Which is your preferred season?

„Winter for sure, even if Fall is a great season, too.“

Which spiritual aspects are the most relevant for you, concerning the modern days heathendome within a world full of shame and lies?

„The fundamental concept which consists to give praise to Nature and to respect our Fatherland. This is nowadays more and more difficult and the primordial concept that Man is just nothing without Nature should be recalled to a lot of humans who seem to have forgotten where they do come from.“

Your main recommendation from a true heathen heart to all the nowadays more and more depressive big-city-mutants?

„To open their eyes and heart to Nature. Breath air, drink water and eat fruits!“

What has been happened with Det Germanske Folket and how you got the record-deal with Trollzorn?

„I don’t know if Det Germanske Folket is a rip-off, one thing is certain: they fucked us with just a single 2 lines email saying they wouldn’t be able to honour our contract. Because of them, we lost almost 2 years and our album could have been released in 2008 through another label. Anger is gone and I’m now very happy with our starting cooperation with Trollzorn even if we are cautious of what can happen in the near future. But so far, they showed many interest and motivation for Nydvind.“

Do you have plans about live gigs in 2010? When you’ll come finally to Germany? Are there any plans for a real tour? 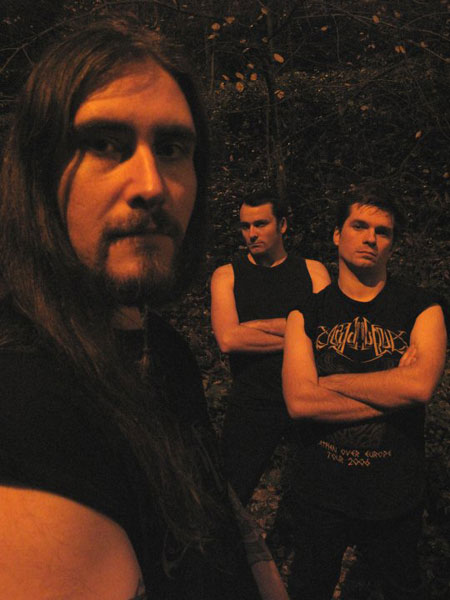 „Trollzorn will help us playing several gigs in Germany next year and we may book some tour as well. Our first live appearance in Germany will be at the Black Troll Winterfest on Dec 27th. Future tour plans will come later.“

Why you do this all – which is still the most inner driving force within your creative heart to create such Metal music?

„Being into Metal music for more than 20 years, all this has become so natural to us now. Composing and playing Metal is definitely a way of life which demands deep commitment and passion.“

Do you have also outside of your home-country a dedicated fan-base?

„Yes we have some fans from all over the world. Even if the band stayed quiet these last few years, we have had a lot of support from overseas. We hope to gain more fans with our return and the release of our new album.“

What’s your personal view about the Metal scene in your country?

„The French Metal scene did improve a lot these last 10 years. I remember that back in the 90’s, we were very limited both in terms of good bands, labels and structure. And things evolved with time to finally make France an active country for Metal music. Another thing which is interesting here in France is that the Metal scene is very rich and diversified. Black Metal, death metal and Heavy Metal are well represented. Yet styles like Pagan Metal and Doom Metal tend to be a bit secondary.“

How do run the recordings so far for the new album?

„Our new album is now fully recorded. Actually we started the recording sessions back in 2006 and we finalized the album a few months ago.“

When we’ll have the new album of your band in our hands here?

„Trollzorn will release the new album in February 2010 … so it’s getting closer!“

With which expectation(s) do you looking forward to your upcoming release?

„Actually we are expecting a lot from this new album. I wouldn’t say that our music has much evolved, but the recording conditions have been fully professional for the new album, as the debut one had been recorded in my own home studio. The evolution is very important and we are very proud to have achieved such a great work, both in terms of song writing than production.“

Which differences to the previous release are waiting there then for the listeners? Please tell us about the new hymns!

„Musically speaking, there are no major differences. Of course, the drums are the most notable change, since we recorded the new album with our drummer, as I did program drums on the first album by myself. Nydvind’s music can be described as dark and melodic Pagan Metal with doomy and Black Metal influences. The folk dimension is not present in our music, we are not a Folk Metal band. There are numerous ways to play pagan music, not only folk … Nydvind is more into atmospheric Pagan Metal.“

Where you`ve got all the ideas for your specific Nordic Heathen Metal art? When they come regularly at best in your mind?

„Well, it’s not so easy to explain our influences and inspirations. I just would say that the Nydvind project did naturally appear in my mind while I was playing in both Bran Barr (Folk Metal) and Despond (Doom Metal). At this time, I could not really express all my ideas and feelings in these two bands. As I was much inspired by the Dark Metal scene and Scandinavian bands such as old Satyricon, Enslaved and Storm, I decided to start a new band and explore this kind of Metal.“ 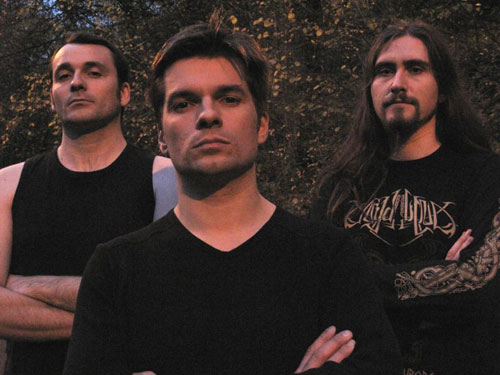 „Well, I don’t have a precise opinion about this since I think that every single band is just free to do whatever he wants. Business can make a band evolve, so what? I don’t think that judging these bands is quite a positive attitude. I’m sure musicians will understand what I mean by saying this. And I’m not sure that these bands you’re talking about are so numerous in the Metal scene.“

„What do you think, why so rare bands play really good Epic Heathen Metal nowadays? Is it a question of the broad range of inner views and feelings?

„What a question … how could I answer this? I don’t know how many “good” Heathen Metal bands are in the nowadays scene, but one thing is certain: we are all far from knowing at least 10 % of them! There are so many underground bands in Metal that it is just impossible to have an opinion about all of them, being bad or good.“

Which are your favourite Metal acts?

„When it comes to Nydvind’s most important influences, I would say Primordial, Kampfar, old Satyricon, Empyrium, Storm and so many others. When it comes to my own personal likes, nothing is better than Iron Maiden, W.A.S.P., Slayer and Megadeth.“

Which is your preferred kind of beer and booze?

„Oh well, I’m not proud to say that I’m not a heavy drinker. In general I’m more into lager beers like the Dutch ones and some French ones as well. Strong alcohol is not of my taste, as French wines rule.“

Do you consume TV, Radio and Newspapers at all – with all their targeted spread cruel “news”? I personally avoid them all as good as I can!

„Yes I do consume a lot of medias: Internet, Radio and Newspapers … surprising would you say? The medias I consume don’t have anything to do with bullshits or “cruel news”. Being constantly informed of what does happen in my country or in the world is important to me…“