From Sweden comes this exquisite dark group, which has devoted itself to the pure and gigantic power of Doom Metal.

Meaningful underlined is the whole by hypnotic melody passages - highly atmospheric vibration moments inclusive. Music that captivates. But to stamp the six Scandinavians as simply doomers with extreme average sounds would not adequately fulfill their emphatically profoundly emotionalized art.

Because the band, which is surprisingly fine minded despite its hardness, has so much more to offer on its current second album „Ascending In Triumph“ than the stylistically yet dogmatically shaped majority of this fascinating subgenre. 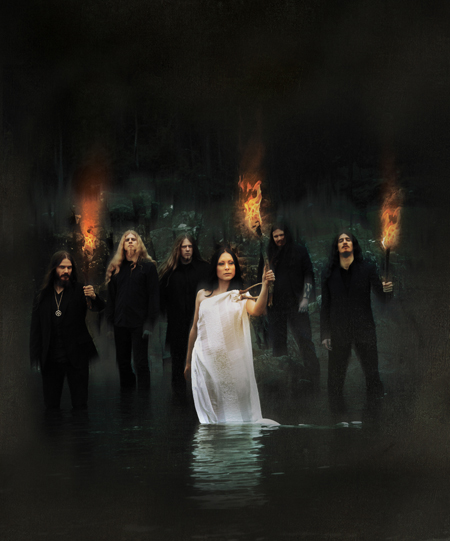 I talk to guitarist Grim Vindkall.

„It has been a lot of things going around and we've all been extremely busy with all it means to produce an album. But I'm fine, thank you.“

With which expectation(s) do you looking forward to the rest of 2010? Most important goal for the band therein?

„We're looking forward to continue developing as musicians, artists and as a band this year. To satisfy our emotional artistic lust, as the musicians we are, which to me is the most important thing. You know, to be a success in the entertainment world aren't a driving force since we put more value to express something genuine. However, I hope that our created sparks will ignite as much spirits in this world as possible, since those sparks are borrowed from an essential fire which I praise and reflect within my art. We also hope to play more live and expand our shadows all over the world.“

What’s your personal current view about the Metal scene in your country Sweden?

„I think there have always been a lot of quality bands from Sweden within the Metal scene. A lot of shit of course, but we have a solid ground here and high demands regarding this kind of music. The fans in our country use to have so high demands so many Swedish bands seems to be way more popular abroad. It means both advantages and disadvantages I guess.“

Which is still the most inner driving force within your creative heart to do such music?

„Firstly, there is a reason why music often has been called the "Language of the Gods". Music is one of the strongest kind of art and communication we can even imagine. That's the mainly driving force to create music at all. This driving force it not rational at all, it's more like a spiritually influenced need, and when you create something you reflect your condition. Nox Aurea reflects what's going around within us and it's way to wild and dark to retain within ourselves. It must fly free and it obviously wants to afflict this world too, like a haunting ghost.“

How is to imagine the perfect way of life for you?

„Completely enlightened and emancipated from all physical senses. For me personally, the gold of the world has nothing which can be compared to Spiritual gold. Yet, before such condition is feasible the perfect way of life is the contingency to master one's own fate. To have no one above you trying to restrict one's possibilities. For there are no limits for how much we can develop and refine, if we can just understand it.“

When you`re looking back in the beginnings of the Band –- have your musical ‚dreams‘ mostly fulfilled until now with the new label deal? 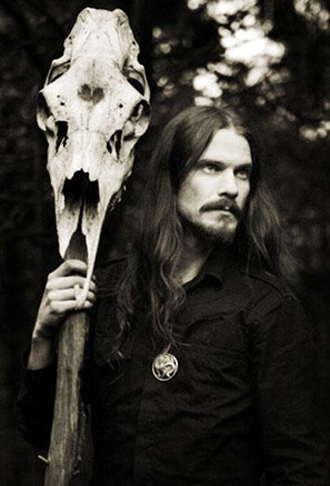 „Well, at least a great goal has been put into effect, since nowadays it's hard to produce what we want with a restricted budget. The studio prices will hardly fall and among thousands and thousands of bands it's almost impossible to reach out to the crowds without a larger promotion. So this absolutely means new possibilities for us which we'll take benefits from on our strive for the highest goals.“

Be so kind and let the world know about the main lyrical content of „Ascending In Triumph“!

„It's Chaos-gnostic in its nature and it's about experience the concealed darkness beyond. The lyrics consider our spiritual potential and it reflects a deeper hunger to refine and liberate oneself from the limiting, subjectively illusive state of the cosmic mind-based man. The lyrics also describes a great reverence for the highest form of acausal Truth and its divine sparks.“

Please bring the songwriting process for the new output closer!

„Many of the tracks include older riffs which have been merged with new ideas. We're always working with a fairly simple ground and then we work from that basis, refining the tracks with more aspects, melodies, synths etc. For this album I think you can say that our initial point was 'Via Gnosis', and so we wanted 'Ascending in Triumph' to be even more powerful and expressive. For me the greatest influences comes from beyond the bridge within which leads to the underworlds, the abyss. I need to put myself into a subconscious void-state to really collect what will force into practice.“

Where did the band get the best creative ideas for the new songs?

„The author H.P. Lovecraft once stated; “We live on a placid island of ignorance in the midst of black seas of infinity, and it was not meant that we should voyage far.” I agree with his vision. Our minds and conscious personalities are nothing but placid and limited islands, but still those islands can be drowned by great waves. We can't, from the perspective of the island, see what dwells under the surface of the black seas, yet its waves will influence us, over and over again, even if we want it or not. To simplify it, the construction of our abstract beings aren't bounded to our conscious aspects, and to really understand what's exactly going around within ourselves we must be the concept of God ourselves, we must remember every second in our lives as a computer system and we must objectively understand each atom of all the universe. You see, our brains would explode, wouldn't them? I know I'm under great influence from the storming waves from the depth of my subconscious ocean, and as said in former question I also put myself into immersing conditions where unknown voices from beyond speaks wordless, yet clear to me. But I don't understand the inspiration process where those storms from the underworlds infiltrate our emotions. But I can for sure say it's, in one way or another, under direct influence of the black abyss within ourselves. By the way, when we are talking about the abyss and H.P. Lovecraft, he also once stated the following; “The process of delving into the black abyss is to me the keenest form of fascination.” 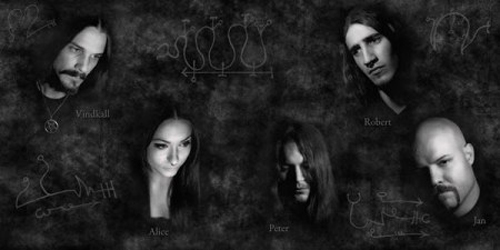 How ran the studio recordings for the new release?

„It was very smooth and effective, I think. We got away from typical inexplicaple recording problems which use to fuck around with us every time we are in the studio. Also, Pelle Saether of Studio Underground is an easy guy to collaborate with. So was also Andy LaRocque who was the producer of 'Via Gnosis'. This time we had a great snow storm here in Sweden so we was almost totally snowed in, which when you record an album, isn't so problematic in Studio Underground as you eat and sleep there. Fairly cosy actually.“

Do you like it to play live and if yes, why?

„Yes I do like it, maybe for the same reason that I prefer to talk to a person between four eyes instead of on phone or by using computer chats. There is a special thing to perform on a stage the music which you have been working with. If an artist use the right aspects of a performance it can be a very powerful way to communicate with the listeners and theirs subconscious.“

„Haha, well, mostly I enjoy food with deadly strong spices and wine to drink, which isn't so Swedish. So I guess my best answer would be potatoes and meatballs with lingonberry preserve and brown sauce, and milk to drink. Historically this meal isn't so Swedish but at least it has become a typical Swedish traditional meal.“