In 2004 some sombre souls gathered in the Spanish city of Barcelona to escape their mundane everyday life as efficiently as possible: the Viking Folk Metal horde Northland was founded.

Since not all of the involved ones brought equally large passions at the start for this profession unfortunately, guitarist and lead vocalist Pau Murillo had his hands full trying to keep the pagan heap alive.

But the idealist did succeed in spite of all unusually fast rotations in the line-up and now Northland presenting their new self-titled album.

For fellow Pau the first half of the current year was immensely busy as he tells in retrospect. 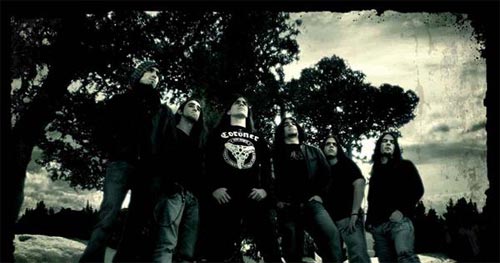 Hey Pau, how are you doing currently?

„Thank you for asking that, haha! It’s been a hard working year. We have recorded an album and now it’s time for university exams so we feel a great never-ending stress. However we are proud of our efforts, so there’s nothing that can stop us.“

How is to imagine a perfect way of life for you?

„We are simple people, so as long as we can play our music for the people who want it we will be happy. And of course, we don’t want to pay taxes and work in anything but music! That would be paradise!“

Tell about the songwriting process for the new output! How and under which influences was developed the new song material for these new album?

„We just compose the songs at the home studio of our violin player Pau Vázquez. Then the composer says what kind of feelings he wants to express and afterwards we create a big metaphor. The lyrics should be read between the lines. Although they may seem simple there’s always a hidden message that we call the essence of the song.“

From where you guys got all the creative ideas for the new songs?

„For us, songs are feelings. Each song has a strong feeling inside and the aim is that people discover this feeling. Therefore, our source of ideas is our own lives, because sometimes we are happy and sometimes we suffer and music is one of our ways to express ourselves.“ 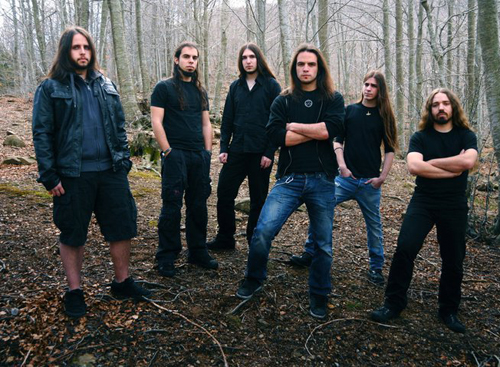 Please report about the main content of the lyrics of your new album!

„Sure! There are songs about glory, death, drinking time, the meaning of life and so on. We would like our fans to listen to the songs carefully and then send us an email with the things that they have felt while listening. Haha, sounds like school homework but we think it could be interesting.“

Why you do this music at all? And which is also nowadays the most inner driving force within your creative heart to create such music?

„We don’t really know, this is how we make our ideas become music. This is how our feelings sound like. We think that metal has many paths to show what you really feel, and the results are very convincing to us. There’s a willing to make the feelings be music, but the most important thing is that people identify themselves with our songs.“

How went the studio recordings for „Northland“?

„Everything went perfect! Actually we recorded the album in three studios: Sounds Of Steel, Vic’s Studio and Auditori of Barcelona studio. The third one was just for recording violins, but the results were a failure so we decided to record everything at Vic’s Studio. Both Vic and Sounds Of Steel studios were amazing, with people who work really well and understand us from the very beginning. They did a great job with the CD.“

Do you love it to play live?

„Of course we like it. It’s the thing we like the most! The stage is the place where you feel the essence of being a band. You play your songs, you do your best, you show what you are capable of and then, the audience is right there living the concert with their own eyes. The stage is where the band and the fans meet, and that’s the best thing of being a band!“ 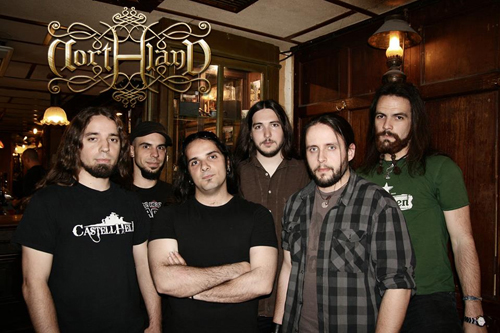 Which is your preferred typical Spain traditional meal and distillery?

„A good piece of Iberian ham (Jamón de Jabugo) with a glass of good wine is the best you can have in this life! Furthermore, each part of Spain has its typical food so if anyone comes to Spain please ask for the typical food in that area, because they will get a good meal and a good wine for sure!“

When you`re looking back to the beginnings of Northland – got your musical „dreams” mostly fulfilled to date?

„We can say that our dream has begun, but now we have to fight strongly to keep it real. We are very pleased because we have a great audience without whose support we would be nothing and we need that support to fulfill our dream.“

„We just want to play our songs in as many places as possible. We would like to know new people, new cultures and so on. We need to make life interesting so that when we become older we can explain to our grandsons what we did! The most important goal of 2010 has been recording the CD, and now let’s see what happens!“

What’s your personal current view about the Metal scene in your country Spain?

„There are lots of Metal bands here! And many good musicians! We can say that every weekend of the year an underground Metal band is playing somewhere in Barcelona. The thing is that the Spanish market doesn’t give a fuck about underground bands. Many great bands die and fall into oblivion because there’s no one helping them. Here, making money easily is what only matters. Therefore, if you don’t play fucking pop Latin music you better give it up!“