That they have been together since 1997, is to hear on their latest album "The Return" partly even more than on the self-titled 2012 predecessor.

Despite the 17 years and way too many musical trends that have been in the scene since the foundation of the band, the Florida Connection has retained the same tremendous enthusiasm and immense pleasure for playing.

And from the fully grooving energy that sprays out of these right Nu Metal parade examples, a large part of the genre should feel welcome to cut off a kilometer thick slice. Some real hits have been delivered by Nonpoint so far. And the multi-faceted US four knows exactly about the obligation to the fans, as one can currently hear again. 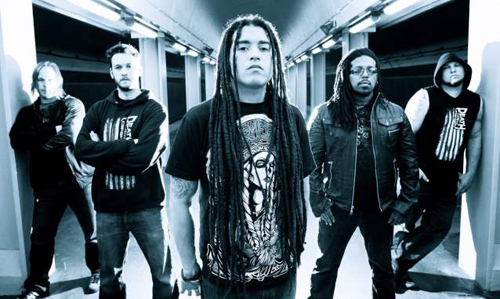 As frontman Elias Soriano knows how to report, his combo ran through the last two years a quite wild time after the self-titled album. He puffs through.

The previous album „Nonpoint“ came out in 2012. Main activities of the band since then?

„Actually a lot has been going on… We've written and recorded a record, we've had a member change, manager change, highest charting 2 singles of our career, signed an overseas deal with Metal Blade Records and took a much needed brake from touring. It's been a busy 2 years.“

Please describe the main musical character of „The Return“!

„I guess you can say its got a more defined style and structure to the record as a whole. We took a deeper look into the parts and did our best to showcase the best parts. Transitions, lyrics and the mix were key into the development from the last record to this one. It was hard to do much better than the last one.. We were really proud of it, so this one sorta fell into that same style. Realizing that early allowed us to focus on what really needed to be done. Just make it sound better than the last.“

Please tell a bit about the work of the main songwriting for „The Return“ in general. Any changes to mention?

„No changes really. It all starts with a cool riff or a vocal line. It just develops from there. After 15+ years of writing music you come to realize that if you force it too much, you'll end up hating the process. Some of our worst work was when we had a deadline looming. At the end of the day it does nothing but hurt the final product. So we took the time needed to at the very least be happy with the final product.“

How long did songwriting last for the album and how were difficulties overcome? 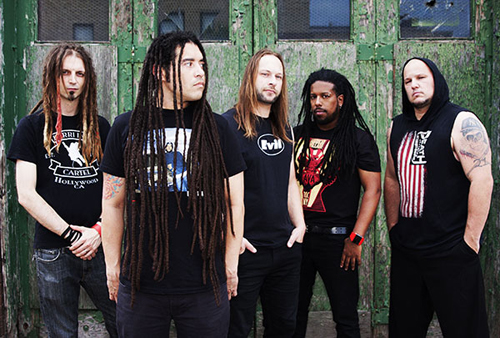 „Took about 6 months to write, another 3 weeks to track, 2 1/2 weeks to mix and a week to master. The difficulties really only came getting checks written and sent. When it's managers, labels, vacations, approvals, invoices and studios involved it's never an easy process. So you learn how to navigate through it without hurting the record. That's the real juggling act.“

Who are the main composers of the new stuff?

„All of us write our parts. The guys leave the lyrics and arranging to me pretty much. Which seems to make the most sense at the end of the day. It's hard to fit 5 different directions into one song. So once I set the structure the guys do their thing and fill in the blanks. Rasheed says he enjoys seeing where I take the songs because a lot of the times I use parts he's never expect for certain sections. To the point that they, a lot on the time, have to completely relearn what they originally sent me.“

Allowed, to ask you about special musical and personal influences?

„Personal influences always… It's the easiest and most direct way to connect with the listener when you open up about yourself. So I always try to talk about personal experiences and feelings. That way it shows on my face that I believe in what I'm saying when I finally perform it.“

Be so kind and bring the main lyrical content of „The Return“ a bit closer!

„It's a lot of deep, descriptive feelings. I only touch on politics once on this record. I think I had a lot more to get off my chest about my life, so it didn't leave much room for themed songs lyrically. Songs like "What A Day" tend to come from a shocking story.. These days no much surprises me. Pretty much seen it all.“ 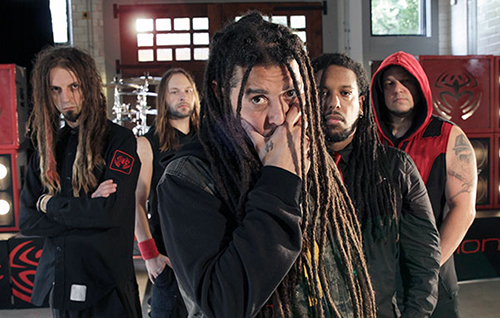 What still counts most for you in making music with Nonpoint?

„The song. I mean honestly is there anything else. It all roots from a song you can stand behind, be proud of and every time you play it you wear it on your face with no reservations. It's still the one thing that stays with me no matter how tough this life can get sometimes. Songwriting. It's the only real escape from the world and your problems.“

Now we have the 8th album of a band founded in 1997… did you ever expected to keep your bunch alive for nearly two decades?

„Honestly yes... Once I started this I realized it was in my DNA. It all I want to do. It gives me more satisfaction than anything else in life other than seeing my daughter succeed at something. I love music. I love to write music. I love to perform. It's what I plan on doing till I die.“

Your recommendation(s) to newcomers in music business?

„Set your bar high and do your own thing. There's no more room in the industry for your run of the mill, cookie cutter blah rock. Leave an impression that doesn't look like the footprint of 100 other men.“