What could be celebrated therefore earlier yet as a stylistic original, that sounds now much more world-open – correspondingly adjusted at common genre standards.

Once more Nomans Land undoubtedly however succeeded with „Raven Flight“ for an artistically pretty magnificent music spectacle, presented as always with perfect made melodies. They did exceptional work which has to fear probably no international competition.

Axeman Sigurd and bass player Hjervard grant me a cozy audience in the rustic team room of the aerodynamic dragon boat of its hard horde so to say. 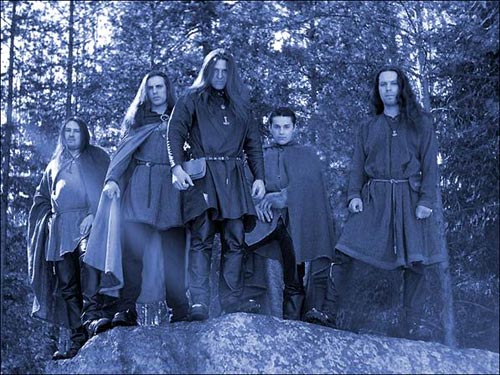 Hey guys, have you been very busy lately with the work on a new album?

„Around half a year ago we finished our work on the new album that is known today as „Raven Flight”.“

Are you satisfied completely with „Raven Flight”?

„Yes, we are. The album was made in the way we supposed it to be seemed. I cannot say that I would like to change something in that album. It is very complete and monolithic.“

Which one is still your main focus in the music of Nomans Land ?

„We play Viking Metal. Our souls that deep inside each of us are above all. And when we unite them Nomans Land exists. We play our music in the way we feel it and there is no ground to modify it. Nomans Land is our own land although is still not completely explored.“

Regarding the line-up news - what can you tell about the band chemistry between the involved ones currently?

„As soon as the album „Raven Flight” had been recorded our guitar-player Torvald left the band. Some months passed we got to find a new one. We’ve given about ten concerts playing with him. Although the loss of our guitar-player was hard – we had been working together for a long time – I cannot affirm that something worse became in the band. Well, may be on the contrary.“

The cover art for „Raven Flight” is truly awesome! Who made it and what can you tell about in general?

„The cover was drawn by Jan Patrik Krasny. It turned to be really impressive. I must confess – when I firstly saw the cover I felt tingles down my spine.“ 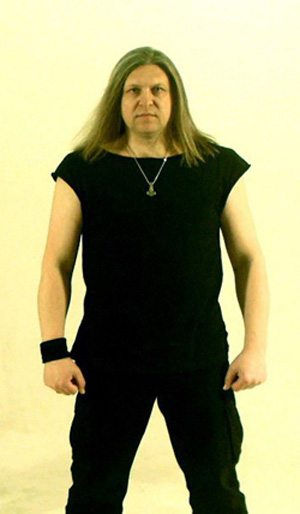 How good have been the press feedbacks for „Raven Flight” to date?

„The press reaction was a bit diverse. I have seen a lot of different reviews on our album. Well, it is a common to believe, that the more people – the more points of view. Some of them assume that we give ourselves up to black-metal and the album is inferior to the previous one. But the most of them enjoy our album and, as a whole, the reaction in press is very positive. On the December of 2006 our performances have become an important step forward for us. Concerning the fact, that that were our first concerts with a new guitarist, everything passed in the best way. Both times we played with the black-metal bands and firstly we were afraid that the people, who came to the concerts, would not accept our music in a proper way. But that was in vain. The public reacted tempestuously. We didn’t want to leave the scene. That is really cool, when you give your energy from the scene and receive it back. By the way, it happened in all our concerts in Germany.“

Which are the main differences of the current album „Raven Flight” to the previous album? Why did you change your style a bit?

„As I have already said, we play what we feel. We didn’t change anything intentionally in the style of new album – we felt the music in such a way. For example, now we start working on our new material and I can’t say exactly what kind of music it will be. May be more brutal or may be softer. Time will show.“

At the time, which topics inspired or motivated you for the new album? Writers, visual artists, movies?

„It is difficult to answer this question. Probably there is some kind of influence from writers or movies on us, but I believe it to be detained in our subconsciousness.“

What to you is most inspiring in mother nature?

„Certainly its greatness and magnificent beauty, may be because of feeling the relationship with nature.“

„Only our personal emotions and experiences.“

Please be so kind report a bit about the lyrical content of the new songs!

„Imagine that a moment goes past from every other flap of the raven’s wings. Our life is made particularly of such moments. And every other second we have a chance to change something in this world and in ourselves. This idea runs through the entire music and all our songs on the album. All the songs are written about the time of great northern warriors and their Gods, of course.“ 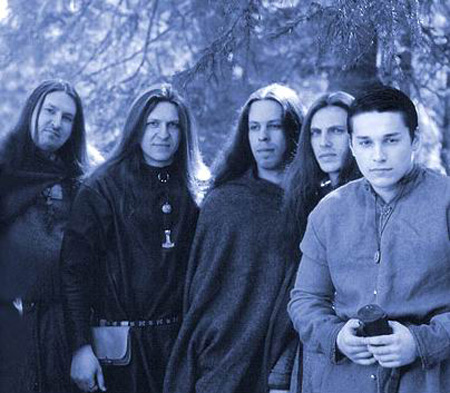 Here’s a loaded question. How do you feel about Christianity? Many in Black Metal write anti-Christian music but never take it past that. Do you still live and breath Pagan Metal every day in St. Petersburg ?

„I am concerned that everyone has a right to believe in what he wants to even if his gods are Beavies and Butt-Head, for example. That is one’s own business. I’m a heathenist. And I am not very interested in one’s religious confession or belief. The person is above all but not the belief. And we don’t play Black Metal. We are Vikings. We don’t write any anti-christian texts. It does not deserve to tie on any religion.“

„Where there are a lot of girls and much beer.“

„Probably Nietzsche was right. Everything has an antipode.“

„That will be certainly Metal. But time will show its style.“ 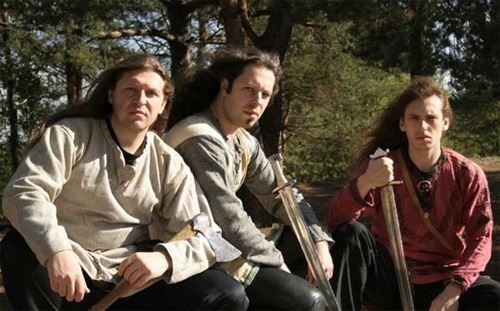 „That is heathenism and unity with nature. I don’t see there any problems.“

„We are not ready to answer.“

Did you play live a lot in the past? Most successful gig(s)?

„Yes, a lot of concerts are left far behind. And each of them is in memory. The most successful was … well, I suppose those were several.“

Worth to mention plans of Nomans Land for the future?

„Currently we are working on our new material. We would also like to shoot a clip. I hope that gradually we will have an opportunity. We give a lot of live performances.“

„Markus, we thank you for the interview. Remain being yourself and never follow someone’s ambitions!“