With one of the most refined and original albums in the Electro Gothic Rock, these eager Dutch are currently moving up at a fast pace.

And „Uprise“, the successor to the end of 2011 released, third longplayer „The Quiet Resistance“, shows the many ways resourceful formation from Groningen also more stylish than ever before. The new songs by singer Manda Ophuis, guitarist Hendrik Jan de Jong aka HJ and bass player Sonny Onderwater appear indeed so accomplished, as if you were meeting good old friends who have completely re-dressed themselves.

Started in 2002, the unusual musical path of Nemesea once again leads to equally exciting and vitalizing destinations. 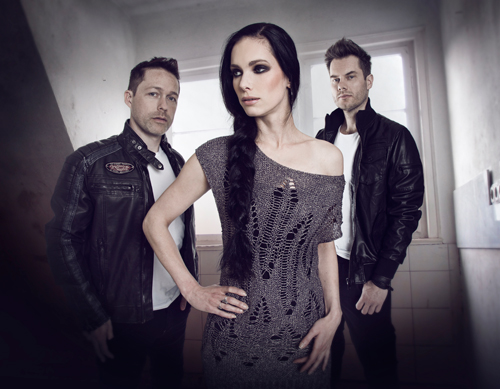 I speak with Sonny.

For starters: what is behind the band name Nemesea?

„It’s the honoring of the Goddess of retribution, Nemesis.“

„We don't have any expectations. This album is honest, it's us at this point in our lives, giving everything we have and we hope people enjoy the music. There's really no commercial idea behind it so we don't look at sales, airplay, success etc. For us as a band it's important that the music speaks for itself.“

How did you choose the new Nemesea material?

„This is always difficult when having more than enough songs but there's always that moment that you feel some songs just fit, become one unity. We only go for the songs that feel right.“

How did the work for this new collection go?

„First we worked on song topics, lyrics in a basic form. Then HJ started adding music to it. For us this was the right way to work. Then songs change along the way. Sometimes a melody gets dropped and replaced, same goes for lyrics, song tempo or even the key. We look for that suspense that feels right for us. We did a pre-production during the summer of 2014 but only had a couple of songs back then. We did another pre-production in 2015 before we went into the recording studio. At this point we could see the songs develop.“

Nemesea have managed to create and preserve a very own sound in an extremely broad way since 2002. What is your secret? 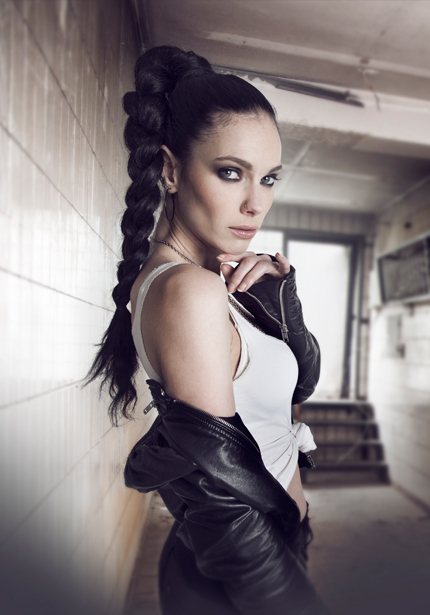 „That is a great compliment, thank you very much! For us it's simply creating something that feels right and this changes over the years. With Manda the band already has a unique sound coming from a vocal point of view. Because the band listens and plays different kinds of music this probably helps in sounding different or at least influences it. HJ's song-writing could also be a factor in this and ... maybe they put something in Dutch drinking water ... who knows.“

Is the whole thing produced at any time in a very natural way?

„Pretty much, the song-writing always has a certain flow but the challenge lies in finishing it so that everybody is happy and it feels complete. The process in the studio went well although there was some stress with making deadlines at some point. This often has to do with the fact that we aren't quickly satisfied with the song and performance.“

Still no way to make a comparison to any other band, even with „Uprise“, right?

„Well, we feel that is not up to us, ha ha. Fans maybe link the music to other bands so we would like to say, surprise us! Love to hear what people come up with.“

Is it every year harder to remain so original?

„Yes and no. Because of the number of bands out there and the easy accessibility to listen to (new) music nowadays it's probably more difficult to stand out. 20 to 30 years ago this was a totally different story. On the other hand there is truth in making honest music with passion and that being the factor in sounding unique/ original. At least that is how we feel about it.“

From where did came the most specific ideas for your music?

„The band has been through a lot these last couple of years so we put all of these feelings, emotions experiences into the album. But we tried to do it in a way so that listeners can connect to it from their own perspective. It's not just our story but things in life we all experience at a certain point and learn to deal with. We chose to focus on song topics and lyrics first before writing the music. This way we could really find the right sound/vibe for the songs.“

When did you get the most ideas?

„It really starts to connect when being in the studio with the band and producer. The song/ lyrics may be there already but at this point the painting of the colors begins. This a very cool part of the process. Sometimes difficult because taste is not something to judge but embrace. Of course there are moments when you have to debate about what direction to take.“ 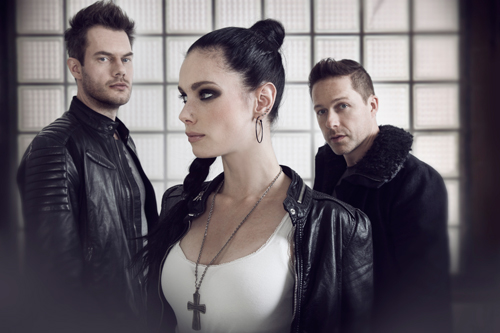 Be so kind and bring the main lyrical content of the new album a bit closer!

„The album is about not giving up when things/life seems hopeless. It's about having faith in yourself and people around you even when you question a lot of things. Songs are about earning to feel and be positive, break with negativity, be forgiving, honest and just know and trust it will be alright, you will be alright. Life is too beautiful to waste!“

Are there any special musical influences which led to the new, cool, but highly lively hymns?

„We are afraid this will take up too many space ha ha. We really listen to a lot of music. Rock, Jazz, Pop, Metal Classical music etc etc. Bands and artists we all like are for instance Rammstein, 30 Seconds To Mars, Ellie Goulding, Placebo etc etc…“

Some last words to all the open-minded Rock- and Metal followers out there?

„We really hope you will enjoy our newest release. It's a cliche, we know, but the truth. We are really happy and proud of this final result! Come find us online and let us know what you think!“