Passionate advocates of noble Black Metal smithy know and appreciate the profound craftsmanship of these mysterious Romanians for so many years.

From then on, Negură Bunget, with its highly mystical as well as hypnotically atmospheric top material, made a very good name.

Especially with endlessly deep nature-spirituality offered albums like the phenomenal 1996 debut „Zîrnindu-sa” or the great masterpiece „Măiastru Sfetnic“, published four years later, were able to secure an equally fanatical and loyal following for the formation. And this can now look forward to the enchantingly passionate reinterpretation of „Măiastru Sfetnic“: „Măiestrit“. 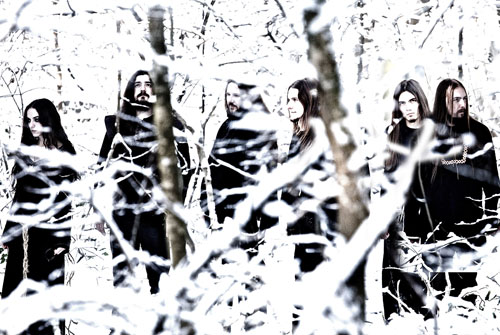 For the last time the band came together in the classical line-up in the studio.

And so, vocal-summoner Hupogrammos, string specialist Sol Faur and drummer Negru found themselves in the recording room.

As Negru has to tell with serious voice, the participants have been playing for a longer time with the idea of ​​a new recording of the songs of „Măiastru Sfetnic“.

„We are, thanks. We’re very busy preparing for the tour next month.“

Please tell about the reasons for the decision to re-record and re-release these songs!

„Since the very beginning we felt there was more on the music that the original recording was unable to reflect. So we always had in mind to do this, and really express the power of those songs. It took us 10 years to do it, but it was something we really needed to do.“

You told that „Maiastru Sfetnic“ were the most pure Black Metal release of Negura Bunget - be so kind and explain that a bit deeper!

„Indeed, ‚Maiastru Sfetnic‘ was the blackest album we did, both in music and in looks. It was released in a time when we were more in that state of spirit, full of power and energy, dark, fast and aggressive.“

Which was your most important goal for „Maiestrit“?

„The most important thing was to do the album in such a way to reflect the true potential and power of the music.“ 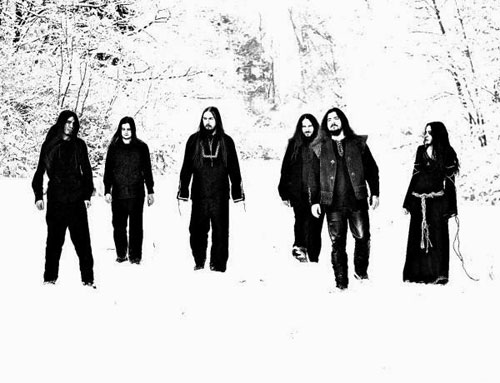 Why it took two years in total until all the material was completely overworked and new recorded?

„It was not easy to take the whole material to the level we wanted. Especially being a re-recording, we really needed to make the difference as clear as possible, and that’s why we did it more like a completely new material. We worked on it until we have been completely satisfied with that.“

Please tell about the background of the two bonus tracks!

Where came the best creative ideas for these songs, and when did they came at best in your mind?

„We thought about doing these two songs once the plans for the re-recording started to take shape. We always knew we could do an acoustic version of the whole ‚Maiastru Sfetnic‘ album, as the original compositions just fit that way as well. But we never want to do the easier obvious ways, so when finally did the two acoustic tracks, we also made a lot of changes in structure and composition, added and removed parts or layers to create something new, although connected with the original.“

What is behind the title „Maiestrit“?

„‚Maiestrit' would be like a further crafted, enriched version of ‚Maiastru Sfetnic‘. The name reflects that as well, going not only to the musical and technical qualities, but also to the spiritual ones, which are as well enriched by the music.“ 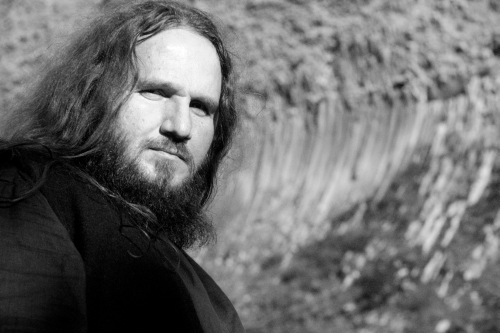 „The whole lyrical aspect of ‚Maiestrit' can be seen as a universal concept poem-legend envisioning our personal vision upon the prophetical side of the territory known as Transilvania, upon the connection between the Black Metal ideology and the natural spiritual impulse of these lands. Starting with the first track the elements of this world are introduced on the proper order – from the infinity, eternity, through intention, incantation begins the creation, the disclosure of before known forms and purposes, its comportamental behaviour, social architecture, all linked with the nobility and wisdom of the Transilvanian beingness… All this disclosure is presented at the same time through the eyes of a central character, a potential leader of such a world, whose evolution is parallel with the one of the whole world. His define structures is shaped, consecrated by sacrificial endeavor, by battles fought within (the mystery), by the ceremonial blood of the overwhelming unknown… until all fades into the blackness.“

Why such an untypical disc as „Inarborat Kosmos“ has been released by you guys?

„We did the ‚Inarborat Kosmos‘ somehow as a transition from ‚‘N Crugu Bradului' to ‚Om’. It took us a long time to finish ‚Om’, so we thought this would make a nice transition, and also give us some change to experiment a bit. So that’s how you can see it, and experimental material, where we did some songs we wouldn’t have done on an album.“

How were the main reactions of the Negura Bunget fans to „Inarborat Kosmos“? 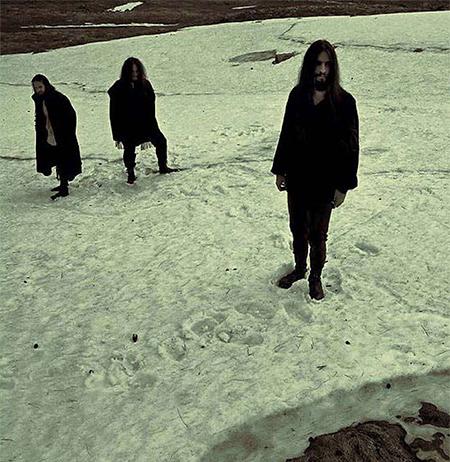 „The reactions to the MCD were quite diverse… Some got the point of what we tried to do, while others didn’t enjoy that much the experiment.“

What is to know mainly about the new Negura Bunget album „Vîrstele Pămîntului“? Does it contain some surprises again?

„‚Vîrstele Pămîntului‘ is an album about places of the earth and places of the spirit, about bounds transcending worlds. The earth is where we came from and where go back into, the one from above and beyond us. Understanding and respecting it means to understand yourself, your purpose and destiny. ‚Vîrstele Pămîntului‘ is an album about embracing your destiny, about choosing and consciously assuming a way of life. The work on the album was done on a seclusion we took into the wilderness of the mountains, concentrating solely on the work for the album. Surprises… I guess you’d have to find our on your own. I think it will worth your while.“

Further important plans with your music?

„As the new album ‚Vîrstele Pămîntului‘ is already composed… we are thinking on the following releases. All I can say is we have many ideas, and some very ambitious plans.“

Your personal view about the global Black Metal scene in 2010?

„I think there’s not much innovation in the Black Metal these days… There are still some bands interesting, you just need to know where to look.“