Quite confident one can describe these highly idealistic Swedes as veterans of their guild, which still pay fervently homage to the rather fun-musical version of Hard Rock; in special scene circles also called Sleaze Rock.

At the moment, the Scandinavian four-piece, who have been surprisingly back again some time ago, have started their brandnew studio album „Boys Town“ after a painful pause.

I tear raw-throat and frontman Andy Pearce hairspray and drink from his hands and claw the guy for a questioning to the new publication of his troop. 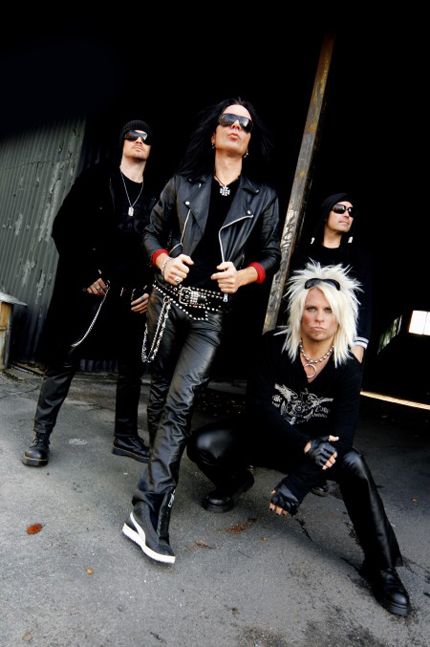 Could you please give a brief overview of the past years of your history as a musician and the reason for the founding of Nasty Idols for all those you do not know yet?

„We started out as a band back in the summer of 1987 in Malmö, Sweden by me and Dick Qwarfort, the bass player. We wanted to be in a outrageous band with influences of Kiss, Sweet, New York Dolls and Alice Cooper. We got signed pretty much right away and released our first album "Gigolos On Parole", 1989. We toured a lot and made a name for ourselves. The Swedish press wrote a lot and our videos was shown on MTV at the time.“

For your musical style, it was quite hard to still be popular among the masses of rock fans. What do you think of?

„I think it's cool. I mean we want that hard edge to our music and if people like it that's even more cool.“

„When Nasty Idols got the recognition by the time of our second album "Cruel Intention". We toured a lot and had a lot of fun.“

„In some way we do. Because those bands were around when we first appeared on the scene. But we always tried to do our own thing and we never listened much to other bands.“

Which is the most inner driving force within your creative heart to create such music?

„The driving force is to hear the songs you've written comes alive in the studio. When you hear the songs turns real. And the satisfaction of doing music that other people like. That's the best part.“

And basically, who influenced you mostly in making music?

„The posters on my wall when I was a kid. Sweet and Kiss made me wanna play in a own band.“ 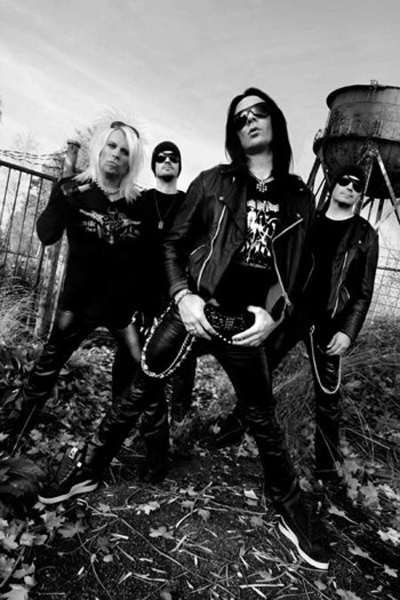 Let's talk straight about your current new album - what's behind all this?

„We were re-united as a band in 2006. We did a tour and we felt like if we should continue as a band we better do another album. We were a bit sick of playing all the old songs, too. So we just got into rehearsals and the songs just came one by one.“

From where you have got the best ideas for the new output?

„From life. You know, the things we know about.“

Who or what influenced the writing of the lyrics for „Boys Town“? And what are they exactly all about, is it a concept album?

„No it's not a concept album. But it sure got a red line going through the songs. The lyrics are based around life in the fast lane. The famous sex, drugs and rock n' roll life style. Some songs just makes it clear that it's fucking fun to "Rock Out" but it's not that fun to "Crashlanding". The lyrics just describes the ups and downs.“

What you want to tell the listeners with the lyrics?

Are you planning any live gigs in 2009? Touring?

„We will do secret opening gig first - whenever that will happen. It's been more than a year off-stage so we got to get that 'ol stage feeling again. After that we will kick of the tour of 2009.“

What do you think about today's genre bands that do everything (even change the style of music) in order to become popular?

„Swedish drink … let me see. I like Absolut Vodka with anything.“

Which CDs are rotating most in your player?

„A lot right now. I always listen to music. Now I listen to an old band called Luv Machine. And I can never get enough of Thin Lizzy.“