That not only their band name, but the music and the origin could not be more unusual, illustrate these six Slovenes with their second release, the new studio album „Out Loud“. Once brought to decibel-strong sounding, this extremely diverse silver-plate sets free an artistic surface of stylistically emphasized open direction, which partly reflects unpolished rough facets of musical elements such as Gothic and Heavy Rock as well as Dark- and Nu Metal.

And the very playful new sound of Naio Ssaion gleams bright in the most colorful timbres - vocalized with audible dedication by a handsome lady named Barbara Jedovnický. Latter are underlaid by lively done bowings of a violin. 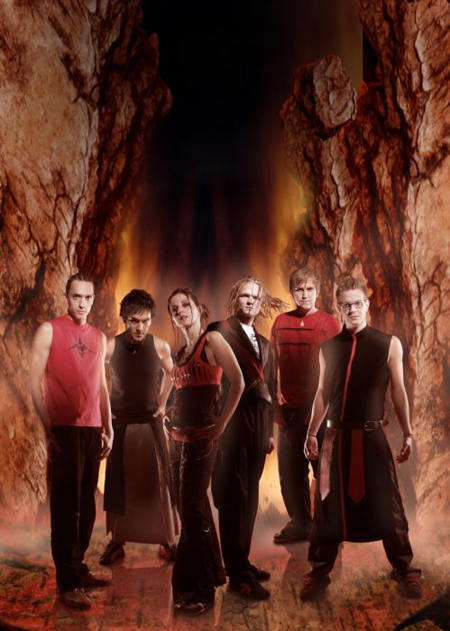 Even partially gracefully converted Classical influences the very young sextet of innovators wove as naturally in his - admittedly getting used to - songs.

Naio Ssaion violinist Rok Kolar is at the moment with his band on the road with popular Medieval Rockers.

How do you doing at the moment?

„We are doing great, we are on tour with In Extremo. At the moment we are preparing for our 11th gig of the tour in Fürth, Germany. Until now we only had amazing concerts, German audience is great, Swiss and Austrian also. We are going through the most beautiful moments of our career till now.“

Please try to describe your character and your attitude!

„I am very optimistic. Sometimes even too much. I believe I can achieve anything I decide on and I go over the edge if this is necessary. I always want to have my right. On the other hand I want to comply with everybody, friends and family really means a lot to me and I would do everything for them.“

„It is very good. It was great already when we were in september on our first tour. We were together 14 days, 24 hours a day and had no fights nor anything alike. We really had a great time together and now on this tour it is the same. We really stick together. Even if everything is not perfect.“

„Naio Ssaion means us six, making music, performing on stage and having a great time together. It is a name made by us, it is actually a wordplay. It is a name we like very much and feel confident with it.“

Which bands can be named as influencers for your sound?

„This is really hard to say. We are not limiting ourselves in music we listen to. We like all styles of music, from rock and pop, to metal, electro… Also every band member listens to different music. And the result of all this is music we play, one which we believe it is quite unique and has its own sound.“

What is to tell basicly about the new CD „Out Loud“? 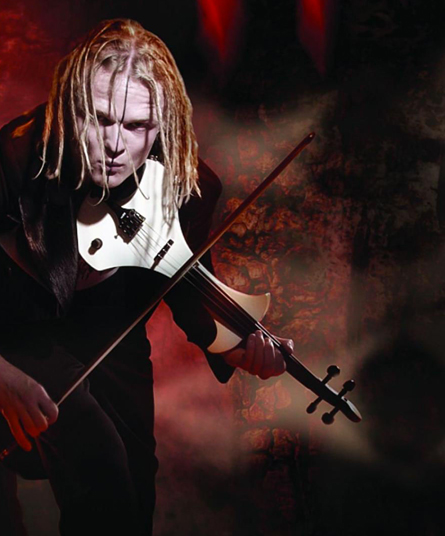 „We tried to transmit all the energy we put out on stage to the album. We play music we like to listen to, and especially, like to perfrom. And “Out Loud” is the result of all this. We would never record a song for our album that we didn’t like to perform live. Also, album is not strictly intended to any specific listeners, but to wider audience despite of the heavy background. The violin and especially Barbara’s beatiful vocals make album very listenable. I believe most people would like it.“

How is daily life in your hometown in Slovenia?

„Slovenia is very small but beautiful country. I live in a village, 10 kilometers from the 5th largest city in Slovenia, Velenje. We are all from Velenje or from its outskirts. Maybe especially because we are travelling a lot and are a lot of time away from home it is even nicer every time again to come back home. You know... home sweet home... I would also like to invite everybody to visit Slovenia. I believe you will be positively surprised.“

Please tell something about the development of the songs!

„We usually start with music. For the majority of songs I made the first steps. Others were made by Tine, Luka and Mic. Lyrics were written by Barbara except for ‘shut up’ which was written by Lenart. Arrangements are made by all of us in rehearsal room and it normally takes a few months for every song to come into a version which we are able to bring to studio. The final version made is that which you can hear on the CD.“

How are you personally satisfied with the new songs?

„I am very satisfied with most of them. I believe some of them could sound also better. But in the end I think there is no bad song on the album. Of course some are better than others. Album is also “very cool” to listen it through. You don´t need to skip songs what happens to me many times when I listen CDs. If I could point out some of them these would be ‘static’, ‘miss you’ and ‘at ease’. Also our first single from “Out Loud” ‘SMS’, ‘Blah Blah’ and ‘Bow Link In E Minor’ are great.“

Please tell a bit about the lyrical content of the new release! 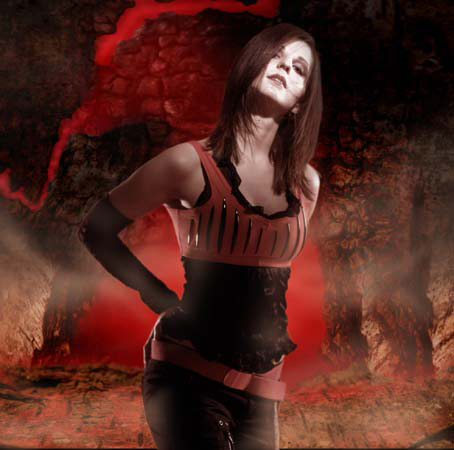 „I will summarize Barbara’s words: The lyrics most of all talk about positivism in sense of not giving up and simply keep on going. But every song is a story for itself. But as said, our main idea is to represent the good energy, reminding people not to give in in hard situations and to always stay true to themselves.“

What is behind the title of the album?

„It means the way we want to represent our music in the whole world. It also means the best way to listen to this album. And it is also a part of the lyrics in the opening song of the album ‘Static’.“

The new frontcover art - who made it and what is behind it?

„The new cover art was made by Katja Piolka. On the cover there are me and Barbara. In the same moment I have to say that this doesn’t mean that we are more important than other guys in the band. Not at all! I think the cover is ok but for me it is definitely more important how the album sounds like.“

What were the best gigs of Naio Ssaion in 2005?

„On the whole tour with In Extremo we had so many great gigs that it is hard to point out only one. Maybe the one in Vienna was one which will really stay in our memory forever. Also the gig with Apocalyptica in Orpheum, Graz was unforgettable experience.“

„That´s what we like most. We are actually doing all this to play live. It is the best feeling in the world to play your own music in front of the audience that supports you.“

What´s special at a show of Naio Ssaion? 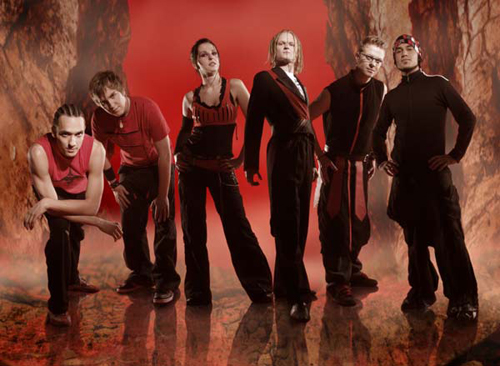 „I think our energy we put out on every gig. That’s really what makes us fly on the stage and do a crazy performance. And as I said before, we believe we are best when we play live. This is shown also by two wins on the international music competitions in Austria and Italy and offers to play live with Pink, Apocalyptica, Lenny Kravitz and In Extremo which all happened on the basis of seeing us live or seeing our live DVD.“

Where have you been playing already live?

„We actually haven´t played in other continets than Europe yet. We are from Slovenia which is in central Europe. So you probably have to ask us: Will you ever come to USA, or Australia, or Asia… to play live? And the answer would be: “Definitely!”“

„Everything is possible if you believe enough in what you are doing and if you are prepared to work hard for it.”

What things are you doing mainly besides making music?

„I am trying to finish studyings on the faculty of economics…which is what I don´t like really, because I am 100 % in the music. But I think education is very important and I will definitely do this. Most of other things are connected with music. Of course I am also trying to spend as much time as possible with my family, friends, girlfriend… I also like to do sports. Basketball, tennis.“

„My dreams for the near future is to play on Ozzfest and have a world tour with some great band as soon as possible. But the biggest dream as a musician is MTV music award for best live act!“

„I don´t make a difference between dreams and plans. My dreams are my plans!“