Sheer unbearable seemed it for the legions of fans of this northern Swedish Melodic Black Metal striker finally to wait for the new Naglfar album „Téras“.

Finally, the legendary and demanded exceptional band around frontman and venom-spitter Kristoffer ,Wrath' Olivius had made painfully rare since they appeared in 2007 with the longplay spectacle „Harvest“.

But Naglfar would just be not Naglfar if the band would not take the necessary time until a new work is able to satisfy their high standards fully.

One can experience these triumphant return in a tautly trio line-up. Stylistically, the wolfish proud dark minions from Umeå remain current again amazingly loyal. To bring such noble epic sublimity, brilliances of playing technique and shock frosting iciness so amazingly into the combine, the only responsibility is to the great masters of the guild. And Naglfar still belong to it. 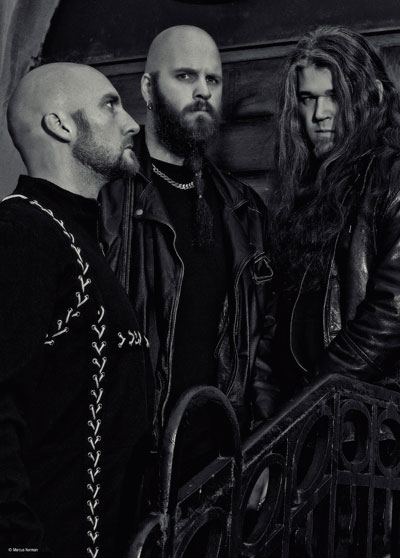 „Everything's fine over here at the moment.“

Please tell about the modified line-up of Naglfar!

The new record „Téras“ - are new facets of your music on the release to hear?

„It's an album that will definitely attract those who've been into Naglfar in the past. We've managed to create something unique which still reeks of the traditional Naglfar sound. There are some new elements present, ideas that are rather new for us. "The Monolith" is a great example with its darker and more sinister approach, not the typical Naglfar song perhaps but it still makes perfect sense when listen to the album.“

„That's not really for me to answer but the fans themselves. Our main goal was to create an solid album that we felt were as close to perfection as possible.“

Please tell about your proudest own achievement on these new album.

„The greatest feeling of satisfaction came when we realized that we were done. It had been a long and weird road we travelled in order to complete this and of course it was a delight to reach the end of this journey.“

How developed the whole musical thing until that fine result?

„As we've done in the past with the latest albums all songwriting took place at my studio. It's the procedure that works best for us, makes it easy to try out different ideas and arrangements.“

Can you remember very difficult moments, during the songwriting was done ?

„It's always a challenge to push everything one step further. Our goal is to never repeat what we've done before but to continue forward. To break new barriers and explore new musical landscapes. It's a great reward to realize that you've accomplished this.“

Which were the most satisfying times in the process of the development for „Téras“? 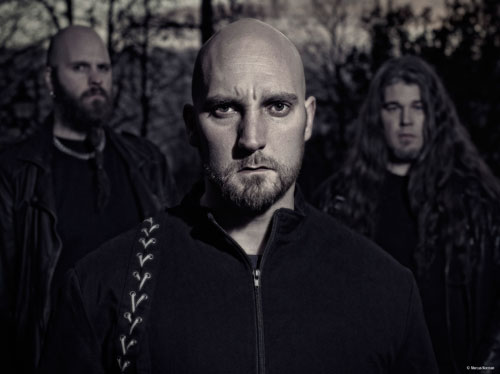 „Simply when feeling that all pieces are falling into place.“

Can you bring the lyrical contents of the songs in a short manner here?

„All of the lyrics on this album deal with death in some way or the other.“

What are you still looking for in terms of development of Naglfar's musical style?

„Yes, of course. You always want to push everything one step further without losing touch with the core of what I'd call the Naglfar sound.“

What's your ideal song on „Téras“ and why?

„I can't really chose one since they all are of equal importance to me.“

Where was the album recorded and are you satisfied with the sound?

„The album was recorded in my own studio and the mix was done at Toontrack Music. Same procedure as with "Harvest". I'm more than satisfied, it turned out as great as it possibly could.“

„I hope the album will be received well and that people understand the quality and hard work that lies behind this monster of ours.“