An interesting gradual, which however one perceives only listen carefully. Because the North Swedish Melodic Death Black Metal chiefs firing also up-to-date again out of all glowing creative tubes.

Pitch-black executed material, as from the satanic picture-book, executed in darkest beauty, with highest class. I therefore asked for an informative audience at the devil's earthly executive for diabolic string arts, lead and rhythm guitarist Andreas Nilsson personally.

What is your opinion about the global situation in 2007? Seems, that mankind has never been mental sicker before…

„We live in a time where people are more interested in fashion and material things, while standing completely indifferent to war, abuse and murder. I have no faith whatsoever in the future for our species and try not to bother with it too much as it's way too depressing.” 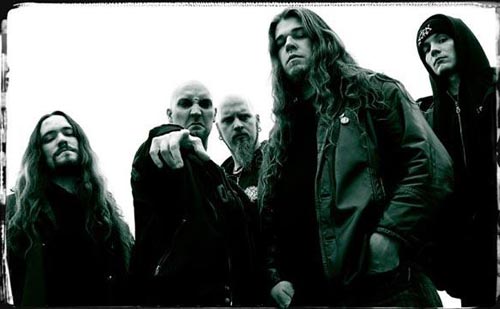 What´s your biggest artistic wish for the following year?

„Well obviously that our new album gets recieved well. That, and that we'll be able to tour as much as possible. I like to see the world while it's still around.”

If you look back to the beginnings of the band - has all developed according to your plans?

„When we started out I could never have imagined to reach where we are today. Back then it was a big deal for us to record a demo, and to play gigs in our hometown. When we later got signed we could hardly believe it. So there were no plans back then. Nowadays we just focus on making music we personally like. That's the only plan.”

How is the chemistry in the band currently? News about the line-up of Naglfar?

„All is well within the band, and it's more like a second family. Our previous session bassplayer Peter Morgan Lie, has finally joined the ranks as an official member and has contributed alot to the new songwriting process.”

In which way has been found the musical style for the new album? Please tell a bit about the songwriting process!

„I think the new material is more varied than before. On our last album, ”Pariah” it was more like full speed ahead, while on ”Harvest” we have some slower parts implemented in the songs. This time around the songwriting was more intense than ever, as we wrote and recorded the whole album within a timeframe of six months. That was defintively something new for us, but the end-result turned out great, and all in all it was an interesting, allthough exhausting, experience.” 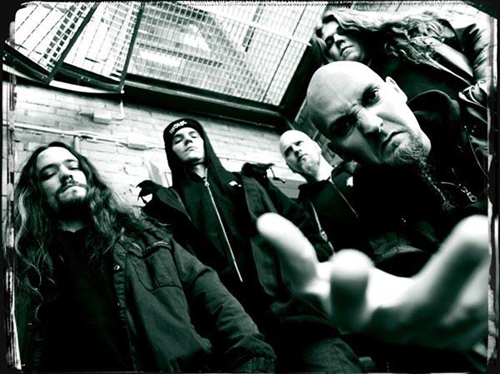 Please tell some influences for your new compositions!

„I'm not sure what to answer on this one. I think having Morgan coming in as a songwriter in the band has influenced us to some extent since you get a whole new perspective on how to write and arrange riffs. Other than that I guess we are like any other band that gets influences from music, books, movies and our surrounding environment.”

The studio work for „Harvest” - where got the new album recorded and produced?

„The drums and mixing took place in a local studio called Toontrack recordings. All guitars, bass and vocals were recorded with Marcus´ studio-equipment in a little cabin out in the middle of nowhere.”

How was the time in the studio - relevant things to mention, beside daily hardcore-drinking?

„To be honest there were not much time for any hardcore-drinking. But I think we've found a successful concept when it comes to working in the studio. Despite some minor setbacks it all went very smoothly. Marcus did all of the engineering during the recording process this time. It felt great not having anyone outside of the band that don't understand the vision of the final result. So I hope that Marcus will be handling this duty in the future as well. He did seem a little bit tired at the end though so I guess we'll have to bribe him next time.”

Please describe the lyrical conception of the new release and tell a bit about lyrical influences!

„They handle subjects like death, selfhatred, deceit and general destruction. In other words there's nothing new under the sun in that department. I don't know what influences Marcus and Kris have, but personally it comes from a wide source. It can be a book I've read, or something I've seen on tv or just anything that goes on in my daily life.” 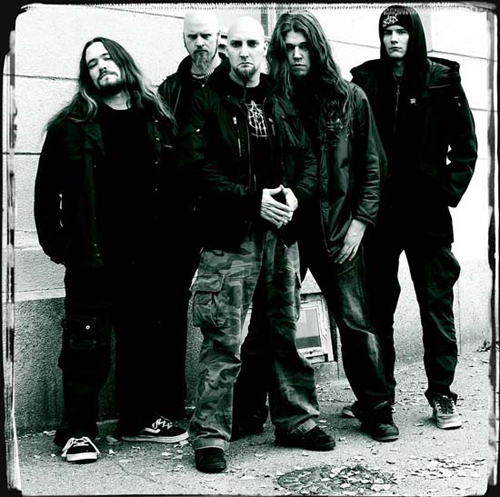 For which meaning stands the new title „Harvest”?

„For me the title has two meanings. First it's a way to describe the human race. In the end we're nothing more than the harvest for the reaper's scythe. The lyric for the song itself is my personal view on backstabbing and falseness. It's basically about that you reap what you sow. What goes around comes around.”

In which mood had you felt the best creativeness for „Harvest”?

„When you're angry or just plain miserable. You can't write this kind of music when in a peachy mood.”

Are specific differences to the previous album to hear?

„As I mentioned earlier I think that “Harvest” is more varied than any of our previous efforts. I'm also particulary satisfied with the sound this time. On “Pariah” we strived for a cold and clinical vibe, but now we wanted to have a heavier more organic sound. So those are the main differences.”

Who has made the frontcover art for the release?

„It was made by Travis Smith. He was recommended by Century Media and we're very satisfied with the result, as we think he captured the essence of the whole album with his artwork.”

How deep is your spiritual connection to the dark powers?

„I can't say that I've ever considered myself to be either spiritual or connected to any dark powers. Not unless you count the voices inside my head, that is.”

Which are your most relevant live-plans for the future?

„We'll head out on a small tour in Japan together with Celtic Frost and Satyricon in January, but after that nothing has been booked at the moment since our vocalist is traveling to Africa to visit his family for a couple of months. But after that we hope to get started on some intense touring.”