Despite their sometimes quite hard rocking riffing manners these English newcomers also release a pleasingly high level of emotionality on their new debut album „Inside This Machine“.

The latter weighs in the entertaining compositions of My Passion all the more because the band is very modern with its considerable dynamic sound. A quantum of unfulfilled longing nostalgia spices the whole thing with all sorts of poppy-spherical keyboard sounds.

Thus, the lively crowd around singer and guitarist Laurence René fits perfectly into the present musical time spirit. Fresh Modern Dark Rock music, in which not only pre- and post-pubertarians, but also tasteful adult listeners can easily find pleasure. I talk to Laurence. 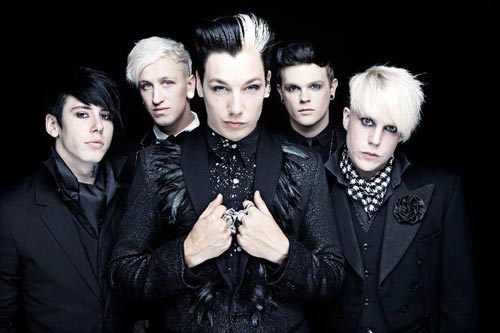 Please bring the main lyrical content of „Inside This Machine“ closer! Which machine is meant?

„The lyrical content is mixed, its our emotions, views, experiences within the world and within our heads. I think that if you get to specific then it can limit your imagination. We have moment here where we are angry at establishment, where we feel controlled, we have times where we want to escape and others where we just want people to recognize the beauty of themselves and the effects a person can have on other people. its about creating our own reality in the wider world. about our machine working amongst all of this and finding our own way of being ourselves enjoying life and gathering experiences that will last with us for as long as we are alive. Of course within this is our love for music and art in general its the creation, expression and experimentation that really keeps us alive and keeps us striving to be the alternative in the music world to everything else.“

Who are the main songwriters and lyricists of My Passion?

„The song writers are myself, Jonathan and Ken my father who isn't a playing member of the band but a big part of the creative and artistic side of what we do. Its great to have that wealth of experiences in the world. It adds to what me and Jonathan create. The music and vocals come from different places on each song and think this means that each track has it's own identity. If I wrote all the guitar parts they are much more likely to sound similar than if we had shared the process. I think this is one of the key things to my passion being unique not just having one head, we have many minds to draw our ideas from. Once the song is formed we start to bring in all those layers and extra thrills. With the last album we figured that if a good song is a good song it doesn’t matter if you take everything away it is still so. With that it meant we could even start acoustically and build from there if it felt right. This meant that all the synth layers and beats, all the guitars and extra melodies just compliment the song rather than take away from that core idea.“ 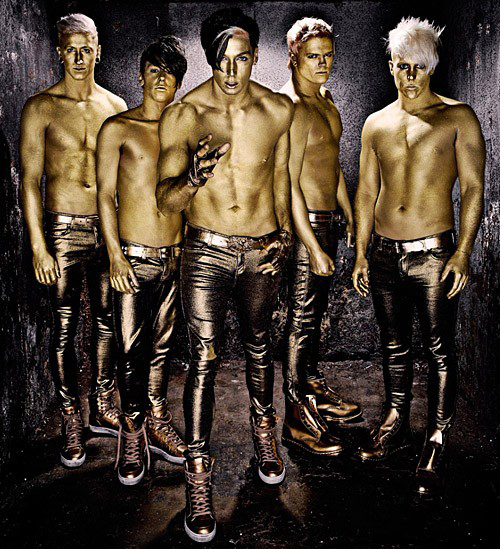 At what age did you discover the great importance of music for you?

„Oh I have always had music in my life. Before I was born I was onstage in paris in my mothers stomach playing in a new romantic band with my father. From there music was always around me and I was always keen to explore music not just from my own era but from the beginning of time. I listened to some dreadful music growing up but I think without being open i wouldn't be the same person musically as I am today. I remember I didn’t actually start playing music until my teenage years where I taught myself guitar and some basic piano and began creating songs with my father. One of the big moments when I was younger was when my dad took me to see David Bowie at Wembley. I remember that excitement I got from seeing a strange mix of people all waiting for this man to entertain them, I think this moment connected with me. I went through phases as all young people do, wanting to be a footballer, a zoo keeper etc but it always came back to what I was involved in the day I was born and I have gone on to really explore music and how it relates to me in the world.“

What was your greatest moment with the band so far?

„Probably playing in Japan last summer. It was one of those moments when we all went quiet in the dressing room looked around us and all thought at the same time. We are on the other side of the world in a beautiful country we have always dreamed of visiting and we have had people meet us at the airport, all through making music we love as friends. That's when I really believed we had begin to reach our potential and that we had begun to realize the vision we always had for this band.“

„We have just finished a tour where our outfits were completely gold, including body paint. We looked like aliens and that was exactly what I wanted. I want to feel like another being onstage, far from ordinary. We'll be touring more in the UK, we hit Powerfest in Amsterdam on the 5th of June. Unfortunately nothing in Germany yet but it's a place we think will really understand us when we eventually get to show people what my passion is truly made of. We want to be as busy as we possibly can taking this new album to new people and offering out an alternative to people. They don't have to accept the normal. Sometimes its far more fun to embrace the surprising, the unknown and the sometimes uncomfortable.“ 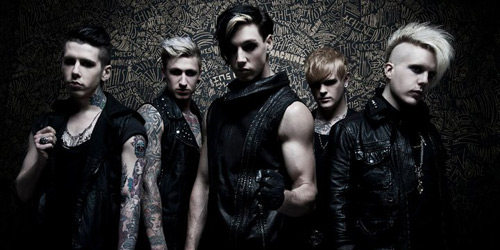 Why you do this at all and which is still the most inner driving force within your creative heart to do such music?

„As I said, it is our love for music, creation, entertainment in a real sense. I want people who come out to our shows to be breathless, I want their hearts to beat hard in their chest I want it to be something that they wouldn't see any other day. At the core though we do it to please ourselves. If you don't do something because it is true to you and what you love then you have to question why you are doing it. Everything else that comes with it is a bonus on top of it being an outlet artistically. It's in the name, this is my passion.“

Your personal view about the rock scene in your country?

„I think there are a lot of lovely bands and good people. Lots of hard working acts but very few that are willing to take risks. It takes a very brave band to ignore all the scenes of music and do their own thing and I'm glad we are in a minority for that. Sometimes I do wish bands would look at the bigger picture and open their minds though. I think music gives us a license to experiment visually and to hit all of the senses. It shouldn't just be 2 dimensional. Every aspect of what a band does should be done to the best of their ability and for me that goes as far as merchandise and design. It should all say something about who you are and what you wish to say. If it all connects then it is a very powerful thing indeed.“