Listen carefully to the laudably independent songs of these Italian Gothic Metal newcomers on their current debut album „Human Maze“, reveals not only some musical hardening energy. But also a fairly rich range of ideas leads to exciting moments for the ears.

But the still quite unknown quintet around the no less versatile, vocalizing front woman Monica Primo handles not only skillfully with extensive power surges. On the other hand, the art of melodic creativity of the band from the picturesque Piedmont region is already quite good. 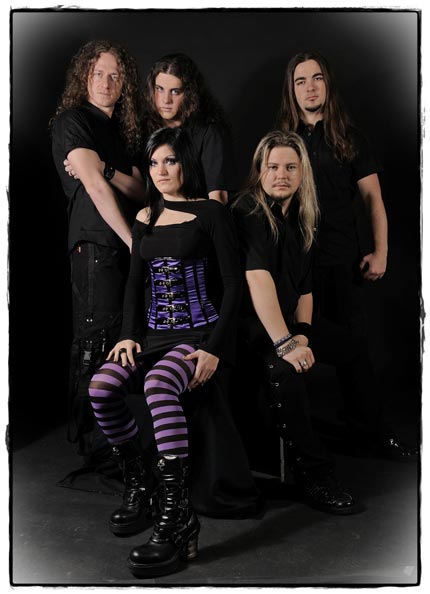 I'm talking to Monica, who wants to be called 'Mony'.

Why you do this at all - which is the most inner driving force within your creative heart to do these kind of Metal music and lyrics?

„First of all because we like it! We’ve been listening to and playing this kind of music ever since we were kids, we all had a band and we all dreamt we were rock stars. So our passion and enthusiasm for this thing is our first driving force. In addition theres the will to communicate this passion, what we feel  and think of our society, friends, love, relations with others, fears, life and death,  ideals and creeds, and we want to do it with the music we like.“

Be so kind and explain what is behind the album title „Human Maze“!

„When we completed the lyrics of ‚Human Maze‘ we took a look at what we wrote and realized that there was a main theme lyrics, very introspective. Every song was about the way everybody feels inside as a consequence of what happens outside, of course based on our personal experience but always on a very human level. We react to things because we are human, and the ways we react are so many and so different that we could get lost trying to understand them. So we thought that ‚Human Maze‘ would be perfect to express this.“

The new songs of My Black Light are filled with very uncommon ideas - please tell about the way, how they became what they’re now!

„Rudy (keyboard) has  got a lot of ideas, they come just like that in different moments,  he records them and puts them aside. Then he decides the structure of a song and tries to adapt what he recorded to that structure when possible, creating a sort of collage. Of course later he works on it until he finds what he likes. I think the secret is that he listens to a lot of music, from reggae to black metal, some choices may sound weird at the beginning but that is what makes our songs interesting probably. The world outside and inside is our main source of inspiration for lyrics like I said before, what we feel , what we hear, what we see, what we experience and recall, everything gives us ideas for our songs. We usually start brainstorming a topic Rudy has decided the song will be about, then we develop it depending on the structure of the song.“

What is the real strength of the new album „Human Maze“ in your opinion?

„I think that nowadays its not easy to write something new or different, everything seems to be already written and done. But, in our own way, we have tried to mix different music genres without mixing them up too much, you can recognize them when you listen to our songs, and at the same time we have tried to be modern in some way without being expectable. Everybody can enjoy our music and thats what we aim at.“

Who is the main songwriter and lyricist in the band and how do they work together? 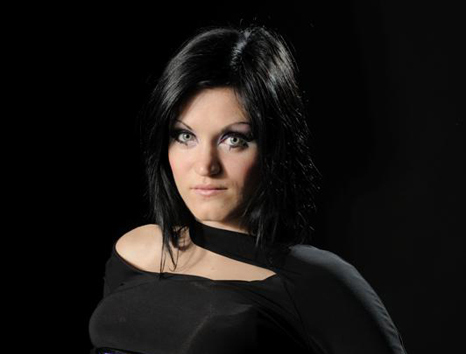 „Rudy writes almost everything, at least at the beginning, he usually starts with the rhythmic section and guitars and adds the symphonic section later. Lyrics come at the end. He creates the reference for the rest of the band. Then we all work together to arrange the song, everybody with their personal knowledge and instrument. I write the lyrics with Rudy, he usually knows the topic from the beginning so he gives me some tips to start and then we arrange it according to my voice.“

Which has been your most lucky moment with the band so far?

„Well of course when we signed with Massacre Records, we couldn’t believe it was for real! And when we opened Leaves’ Eyes’ and Midnattsol’s concert on April 30th this year. It was amazing to perform on the same stage with such important bands!“

What are you looking forward to with My Black Light?

„We would like to play on tour abroad, we really love performing live, so that is our first goal, it would be great to open some big bands again, and then working on a new album.“

Which is your mainly preferred stage-situation?

„Apart from opening some important bands, we love playing at festivals that are usually crowded, it helps make our band and music known and gives you the chance to meet other bands and know their experience.“