There are not a few deeply passionate Gothic Metal lovers who have not forgotten the bitter qualitative decline of the genre's majesties Tristania to this day.

Understandable, because the two gods' plates „Widow´s Weeds“ and „Beyond The Veil” still have unmatched. But salvation is approaching: for now, because Tristania head Morten Veland returns with his new Gothic Metal project Mortemia in a beguiling way.

And the current exhilaratingly beautiful debut album by the able Norwegian esthete, „Misere Mortem“, is in a wonderful way connected with the early sacred music of Tristania. 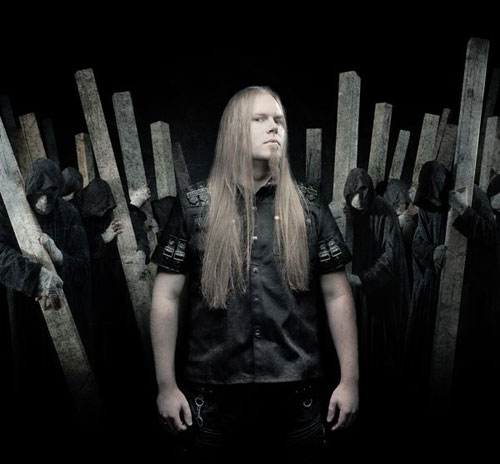 Morten, why you've founded this new project? Because of the different style of the songs, which doesn't fit so well to Sirenia?

„Some years ago I decided to take Sirenia into a more melodic direction. However I still composed a lot of music in different genres and I ended up with a great amount of ideas that basically didn’t fit in Sirenia’s musical concept anymore. So I was faced with two options, either to throw these ideas away or create a new project where I could put these ideas into life. I thought that a lot of these compositions were way too good to be left uncompleted, so I decided to form Mortemia.“

When can the fans out there await a new album of Sirenia?

„I am working on lots of new Sirenia songs these days and I hope that we can release a new Sirenia album by the end of 2010. At least this is what we aim for at the moment.“

How has developed the style of Mortemia and under which influences?

„I began working with all the ideas that I had and that could not fit into Sirenia’s music anymore. Due to that they where either too complex, too hard or did not have the right expression musically speaking. So with Mortemia I wanted to create music that were maybe a little bit back to my roots in one way, but at the same time I wanted it to sound fresh and different. The orchestrations, the symphonic and the bombastic elements still have an important role in the music. It is a balanced blend of Metal and classical music. One of the things I decided early on was that I did not want any female lead vocals in this project, as it would obviously bring it too close to my earlier bands in sound and expression. Mortemia’s vocal concept is based on an interaction between extreme vocals and choirs. And personally I feel that I have been able to create a project that sounds quite different than any other band out there at the moment.“

How would you categorize your new music with Mortemia at all?

„I always hated categorizing my music and still do, I think more or less all bands do. But to make a long story short I would say that Mortemia sounds like a fusion of Metal and classical music with gothic elements.“

What is behind the album title „Misere Mortem“ and the lyrics? 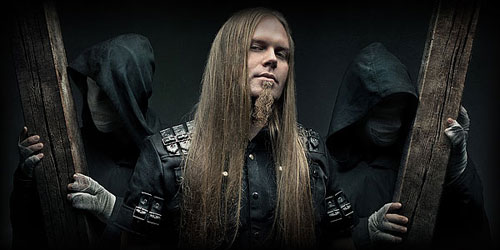 „One of my principles from the very beginning of my career was to not talk about my lyrics and album titles. To me that feels like reviewing my own work in a way, or like tearing down something that I spent years building up. My philosophy was always to leave it up to the listeners to read and interpret my lyrics, and that for several reasons. One of the reasons is actually that I had the same experience with one of my own favourite bands. I was listening to their lyrics and interpreted them in my own way. Later on I read an interview of the artist explaining in detail what the deeper meaning behind it all was and I was big time disappointed. Most lyrics are open for an individual interpretation, as I though my own understanding of the song was more personal and meaningful to me, it kind of ruined the essence in the song for me reading that the actual meaning was something completely different.“

Which is still the most inner driving force within your creative heart to create such special music?

„My passion for music has always been very strong and most likely it will be so for the rest of my life. As a song writer and composer I still have the same urge and need to express myself musically. With both Sirenia and Mortemia I write the kind of music that lies closest to my heart. I think that being able to have full freedom creatively speaking is an important factor to maintain the interest and drive to keep going.“

Please tell the most important facts about the songwriting process for the album!

„I usually start with a guitar riff, I always search for a very strong main riff that can be the backbone of the song. Furthermore I start adding the drums and bass for the riff and decide the role of the riff in the song, whether it needs orchestrations or if it should be guitar based. Then I start building the song around that, adding more riffs and themes that fits the song and make the structure and all arrangements. I always make the lead vocal melody before I do all the arrangements and add harmonies along the way. Writing the lyrics is usually the last thing I do in the process. And I always try to write a text that reflects the feeling and nerve of the song. Most of my songs are very dramatic and melancholic so I always form the lyrics with that in mind.“ 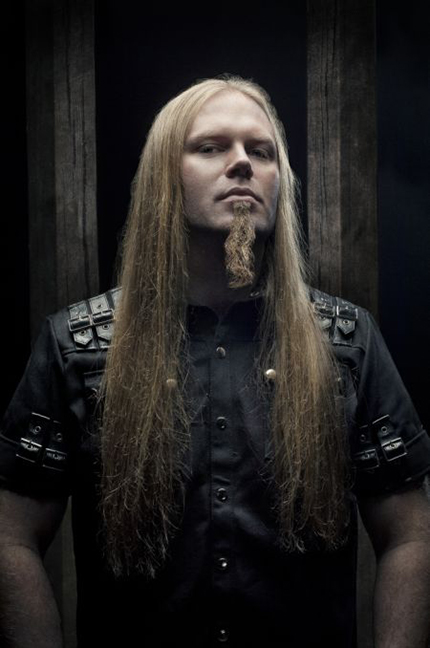 When came the best creative ideas for Mortemia's creations in your mind?

„I am always filled with musical ideas. It is like an ever running stream, they just keep coming. The biggest problem for me sometimes is to determine which ideas I shall proceed with and which ones I shall put away. Because usually there are so many of them and most of them has the quality standard that I look for. It is some kind of luxury problem in a way.“

How ran the studio recordings for the new release?

„It was a very nice and relaxed way of working. I recorded all the instruments in Audio Avenue Studios, which is my own studio here in the Stavanger on the south-west coast of Norway. As I did it this way I spent most of the time in the studio alone. In this way I could really maintain high focus and work very effectively. I only recorded the choirs elsewhere; they were recorded in Sound Suite Studios in Marseilles, France.“

„As of now Mortemia is a project, which means that I don’t have any other musicians involved at the moment, and therefore I have not scheduled any touring for now. It will be very interesting to see how the album will be received by the press and the fans. If the album does very well I will most likely put together a full line-up and do some touring with Mortemia.“

Which are your favourite Gothic/Symphonic Metal acts?

When you looking back in the beginnings of your activities – have your musical ‚dreams‘ mostly fulfilled until now?

„I have achieved some great things along the way and have really enjoyed the ride so far. But there will always be that urge to experience and achieve new things. I will always continue to work hard and do my very best to have something to offer in the Metal scene. I have absolutely no intentions on quitting my role in the music scene yet.“

With which expectation(s) do you looking forward to the upcoming way of the band?

„At the moment I am just very curious what the reactions to my new project will be, both from the media and the fans. I will continue to release music with Mortemia and will plan my touring activities in accordance with the response to the project.“