Meanwhile they have established as one of the best Melodic Death Metal bands at all what the world significantly more and more appreciates.

So these not too hard working, but certainly very talented Finnish musicians gonna reach with their new album „...And Death Said Live“ much more ears as they already achieved with the great 2007 predecessor „Liberation = Termination“. 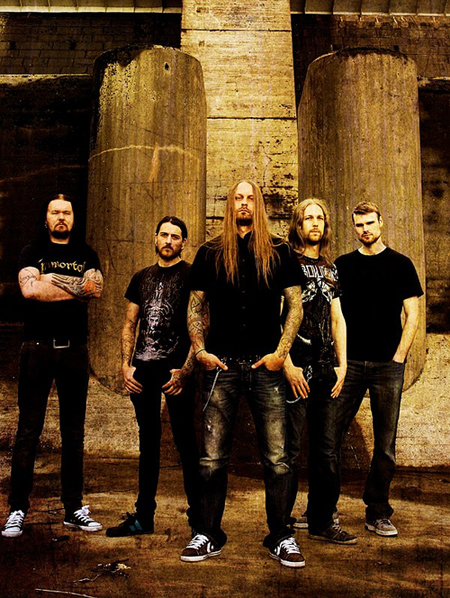 Hey Andhe, the new material sounds extremely homogeneous this time. More than ever before...

Which visions running in your mind, while playing these new sweeping song material?

„Andy wrote the majority of this album, and he did an incredible job. We were all listening to the tracks as they took shape from their beginning ideas, to the final form. I wrote two tracks, and Andy had already begun writing before I joined the band as I joined a few months later – so already having a base there for the album was great. There is a good mix of slow / fast tracks and of course there were more songs written than made it to the final album, so the songs we felt best were the ones that we chose. The songs probably all work so well together because we were very concious of keeping the same feeling and style that Mors Principium Est has.“

With which expectation(s) started the composing process of the songs for the new album release?

„I think none of us had any real expectations during the writing process – we were all just happy to be working on a new album. Now that it is finished, and we are proud of it, we are hoping that we can get some decent tours and start to play to some of our fans around the world. We hope our fans like it as much as we do.“

How ran the works for the album in general?

„Andy is still living in the UK and I was still living in New Zealand for the majority of the writing process, so we were sending files back and forth to each other and to the guys in Finland. Then I moved to Finland and we finished off the rest of the final touches before heading to The Panic Room studio in Sweden (Andy joined us there). We recorded the drums here at Teemu's studio in Finland, then finished everything else off in Sweden, including the mix and master. Thomas 'Plec' Johansson was amazing to work with in the studio, and seemed to know exactly what we were going for. At times he would suggest something just as we were about to say something to him so that was great. From start to finish it was a long process, but we were very excited with the final product when we left Sweden.“ 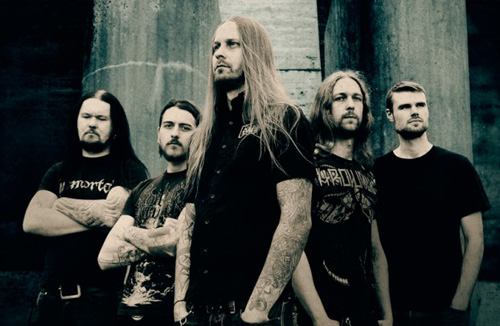 Is it allowed to ask about special musical influences in your newest art?

Please tell about the main content of the new (who wrote it?) lyrics of „…And Death Said Live“!

„Both Ville and I worked together on the lyrics. Ville had some ideas before we went into the studio, and I had pre-written one song also. Then in the studio we sat down together and finished off the rest of the other tracks. Each song is different, there is no overall "theme" for the album lyrically.“

How long did last the song writing in total for „...And Death Said Live“?

„I guess about 15 months. Andy had joined the band a few months before me, and had already started work writing. So it was just over a year of writing before the bulk of the album was decided. We were still adding parts to songs in the studio also, so it was quite a long process but we are proud of what we have achieved.“ 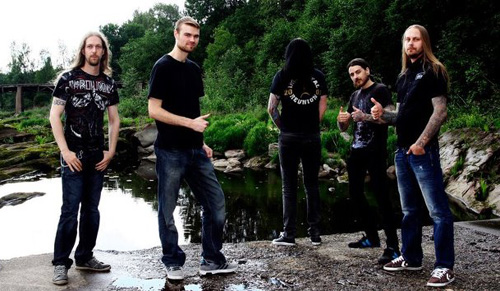 Please try to describe the main character of the new album!

„This wasn't a concept or theme album, but the name means a lot to the situation the band is in currently. As I'm sure you know, 'Mors Principium Est' is Latin for 'Death is the beginning'. When the previous guitarists left the band, it left the band in a hard situation not knowing if they could continue. When Andy and I joined the band, and we managed to write this new album and carry on, it was almost as if 'Death' gave the band another chance, and the opportunity to create a new album and continue the band. This is where the album title came from. It just summed up the situation perfectly.“

Which noteworthy differences to the previous Mors Principium Est songs are waiting now for the listeners?

„As far as differences go, I suppose there isn't really anything incredibly new from previous albums. There is much more orchestration and strings in some of the songs than previous Mors Principium Est albums, but the song structure is still kind of similar in some cases. This time Ville had much more input into how the final songs came out and sounded. Previously Jori and Jarkko worked on all the music, and that was the album. I know that Ville was very happy this time to be much more involved in deciding how the final product sounds. We still have fast, melodic, riff driven songs with plenty of feeling, and we have two guest solo's from Ryan Knight (The Black Dahlia Murder) and Jona Weinhofen (Bring Me The Horizon). I think we spent maybe much more time on vocal production this time around than previous albums.“ 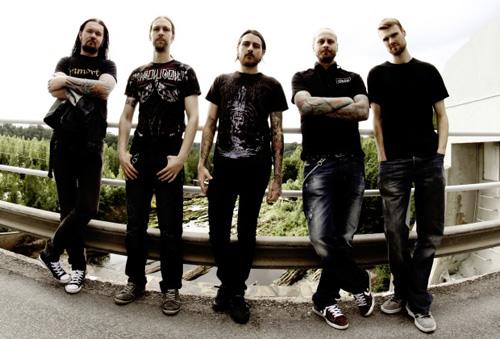 Where you`ve got all the new ideas for your music?

„Musically we were just trying to continue with the Mors Principium Est style, but still create something new and fresh. Lyrically, ideas came from everywhere – personal experiences/opinions, Greek mythology and also just other ideas that came out and seemed to work well with what we had in mind. Inspiration came from everywhere.“

When the ideas came at best in your minds?

„I can't speak for the other guys, but for me personally the best song writing moments came when I really wasn't thinking so much about trying to write a song for the new album. For example the track 'I Will Return' the main theme behind the music for this song only took about 20 minutes to complete, then some of the other tracks we spent a lot more time on. It seemed the more I tried to relax about it, was when the better ideas came.“

You've reached it well also this time to keep up the great style of Mors Principium Est. Did it come totally naturally anytime?

„Yes and no, both Andy and I were fans of the band before we joined, so we knew the style well, and while some things came naturally, it was at times definitely a bit of work to make sure that we were continuing the same sound the whole time. Many people thought we couldn't do it, so it is very satisfying to know that we have written an album that can continue the Mors Principium Est story.“