Raised 1999 by lead guitarist Jori, six-string scrubber Jarkko and keyboarder Toni in the service of melodic and aesthetic Death Metal, Mors Principium Est now release their debut album „Inhumanity“. And not only with the choice of the band‘s name the sextet from the Finnish Pori decided for a proceeding striking out from the kind.

Also their phonetically lecture is inspired of beauty by unusually emotionalism for this category. Finnish band, French label – in such a way I welcome shouter Ville Viljanen and bass player Teemu Heinola in Germany. 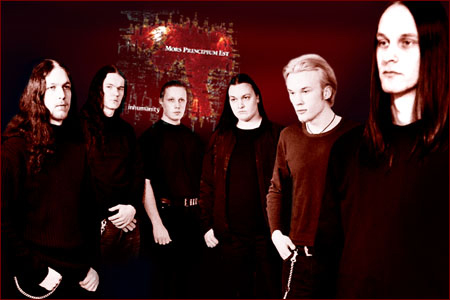 Where are you guys exact located?

„Ville, Mikko and Jarkko come from a city called Pori, and after Teemu joined the band he moved to Pori from Salo. Jori and Toni comes from Noormarkku which is a small place near Pori.“

Which were your early idols out of the scene and which ones did influenced you?

Teemu: „I admire In Flames and Dream Theater very much.”

Ville: „I think that Megadeth was the first band that really hit me.”

When Mors Principium Est has been founded?

„The band was established at the year 1999 by Jori, Toni and Jarkko.”

Which bands do you listen to nowadays, mainly Metal stuff?

Teemu: „I like to listen Metal and progressive music. At this moment i listen Timo Rautiainen & Trio Niskalaukaus, Katatonia, Diablo and Soilwork.“

Ville: „Well, not everybody listens only metal, for example Jori listens to Björk and Tori Amos, and I also like Elvis. But most of all I listen to Metal like Megadeth, Dark Tranquillity, Old Man's Child and Soilwork.” 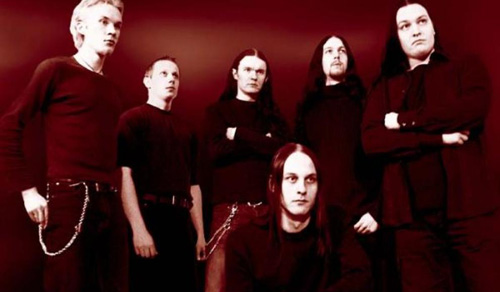 Which imaginative pictures do you see when you listen to your own music with closed eyes?

Please describe yourself with a few words as characters!

Ville: „I am quite humoristic, stubborn and social guy.”

Which things do you do beside of making music?

Teemu: „I drink beer. Mikko spends time with his girlfriend and with his child, and try to do some work.”

Ville: „I go to school, or at least I try to go, and I spend some time with my friends.”

Which style would fit to your music at best? 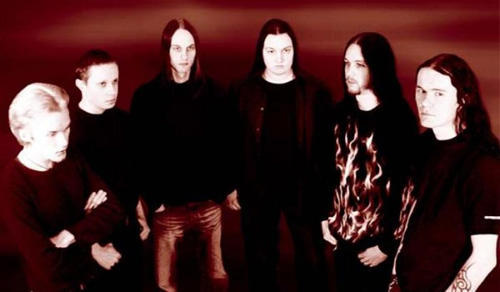 What is the definite goal with your music?

Teemu: „It would be very good if I don't have to do nothing else but music.“

Ville: „It would be great if I could get my living from doing music.”

For what stands „Inhumanity“, the title of your album?

Ville: „Well, the theme in almost all lyrics is about inhuman activity, so that is why the title of this album is "Inhumanity".”

Which were and still are the inspirations for your music, which moods?

What does the name Mors Principium Est mean?

Ville: „Well, it means "Death is the beginning", and the story behind that name is, we needed a new name, and I started to search for alternative names. And after a while I came up with this latin name, we all thought it could be a good and a bit different name, so we started to call our band Mors Principium Est.” 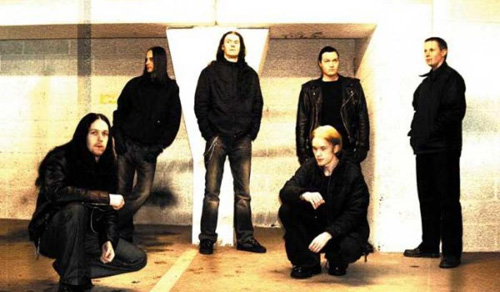 Who wrote most of the new material?

„Jori does all the music and Ville writes almost all lyrics and then together we put the finishing touches.“

Please explain the lyrics of a few songs out of your album with own words!

Ville: „Well, it's a bit difficult to explain my lyrics because they are so personal. But let´s try something: "Another Creation" tells about creating a new existence. "In My Words" tells about how difficult it is sometimes to write new stories/lyrics. "Eternity's Child" tells about this person who is lost in eternity and wants to get even with the universe. "Life In Black" is about letting darkness into your life. There isn't any big meaning behind them, I just like to write that kind of stuff, and I'm interested in all that kind of things. So, a pretty boring answer, but that´s the truth.”

Any last words here for your new fans?

„Summer is inhuman. And buy our new album. Visit our web-site for more info at www.morsprincipiumest.com“