Some time it was quiet about this, in well-informed Black Metal circles at the end of the 90s quite famous band name.

What started in Norway as a seductive Melodic Black Metal hope more than a decade ago in the form of Morgul, was unfortunately a victim of massive disagreement of the owners already after two studio albums.

Because of the former storybook Black Metal is the dark master and solo entertainer, who emigrated to Michigan, USA in the meantime, also on his latest Dark Metal horror album "All Dead Here... " unfortunately far distanced. 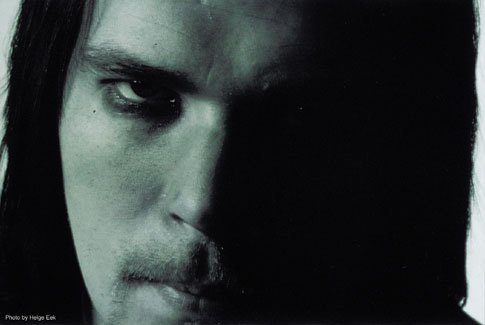 Hey J Maestro Discordia, how are you doing these days?

„I am doing ok. I am just waiting for the new release to hit the market and slowly starting to work on a few things for another album. Hopefully it won't be so long until I can start recording again, I mean I hope 3-4 years won't pass like last time, which is a bit too long. But we'll see how this one does first.”

Why did you move to USA?

„Because they have cinnamon chewing gum here. And because of my wife is from America. That's pretty much it. I needed a change of scenery.”

Why are you back with Morgul now? You decided to bury the band forever, a few years ago…

„I wanted to make more music. I had the opportunity to record an album so I took it, and luckily someone was interested in releasing it. I got really fed up with the whole thing basically and I had no desire to create music, it's one of those things that just happen and you don't know why. Anyway, my desire to make music slowly started to come back and I just thought I'll record what I have, experiment a little and see what happens. „

Are you a bit nervous about the upcoming new album release?

„A tiny bit. You never know how people are gonna react to your music, and of course you want people to be positive. And also it's been such a long time since the last release so I'm wondering if anyone even remembers the band.”

Was it hard to compose the new songs alone?

„A little. Cause I had no clear vision of what I really wanted to do. I had bits and pieces of music, some words here, are phrase there you know, but I didn't see like the whole picture of it, so a lot of it took shape as I was in the studio. To me that´s a good thing though what you create spontaneously is often the best stuff, but sometimes you have to struggle a little and that can be hard.”

„They deal with humanity. The way we think the way we act etc. they are written in a sort of post apocalyptic way. Sort of prophetic you might say. Some of them deal with just pure anger and resentment, sort of seen from the viewpoint of someone who has no faith in human kind at all.” 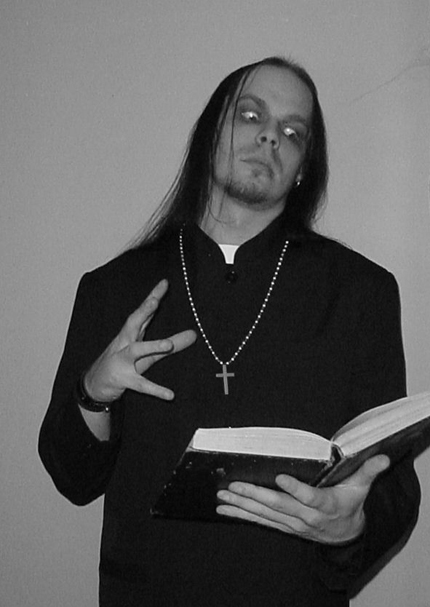 What is behind the album title „All Dead Here“?

„Well it deals with themes like religion and the general mass apathy of humanity, things that ultimately will lead to our demise. It's partly inspired by the stand. You know after the great plague, when they come to the disease control centre or whatever, someone has written "all dead here" on the wall there. I thought that would be a great title for an album.”

„I guess I am influenced by everything I listen to and things that are going on around me. It's hard to point out anything specific but I think you take in whatever you listen to and it influences you in some way. I listen to all kinds of metal bands of course and also other types of music.“

„Nothing in particular. I read a lot of books so sometimes I will see like a sentence or a phrase that will inspire me to write a song, like with the album title "All Dead Here", but as for the lyrics themselves I just try to write things that somewhat makes sense, and it's also important to me that it has a rhythm to it when you sing it, I don't want to just blurt out a bunch of words.”

Which other metal acts do you like? And which are your favourites these days?

How long took the time for the complete songwriting of „All Dead Here“?

„I did most of the songwriting while I was in the studio so I guess about 4 weeks. Like I said I had bits and pieces but I can't tell how long I worked on it because it's like a constant process. I always think about music, I make up things in my head, I write down a sentence or two, come up with a drum beat or whatever, and then in the studio it's all arranged and put together.”

„Heavy, melodic, to the point.”

Your own opinion about the new album?

„Considering everything I am fairly pleased with it. Some things can always be better but I try not to think about what's already done and move forward. I think that no matter what you do, when you look back there are always minor things you would like to change. I try to focus more on what I'll do next.”

Are you fully satisfied with the result?

„The little feedback I've had so far has been positive. I'll know if the album is actually worth anything when it's released and people get to hear it.”

How is an upcoming Morgul live show like? Will it happen at all?

„Only if I get a superb drummer. Then maybe...”

Important plans for the future?

„Keep making music to the best of my ability.”