Morgion, one of the most original New Age Doom Metal acts ever, was formed in 1990, stemming from influences such as Entombed, Autopsy and Paradise Lost.

Originally formed by drummer and lyricist Rhett Davis, Dwayne Boardman and Jeremy Peto, Morgion was driven to compose memorably heavy music with original lyrical themes and songwriting to distinguish them from their contemporaries.

After the superior atmospheric albums „Among Majestic Ruin” and „Solinari” the band returns. And now is set the release of their third album „Cloaked By Ages, Crowned In Earth”, another pearl of intense dark music. I ask Rhett Davis a few questions. 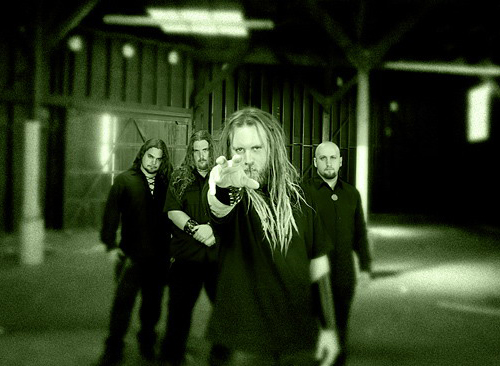 What city are you from?

What mental state has once led to the decision to playing such emotional and painful Doom Metal?

„Morgion may play dark emotional music but we as people are not at all like the music we play. Our music is just an expression so we are in no way like our music in attitude.“

So doomy and depressive music – do you love it to be a human on this earth?

„It has its moments…”

Which feelings do you wish in the minds of listeners while they listen to your music?

What other Doom Metal acts you like and what are your favorites? 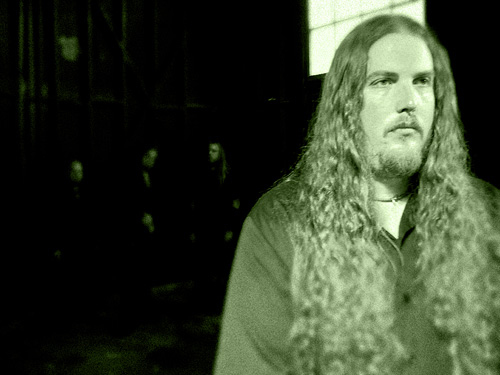 In my opinion the best Doom Metal bands ever once were Candlemass and Solitude Aeturnus, your opinion?

I like the new album, because I love the acoustic parts with clear vocals, and I also hear a small relationship to some moments of Solitude Aeturnus - your opinion?

„Thank you very much Markus! Gary has a huge Pink Floyd meets Porcupine Tree influence so I think he was getting a lot of ideas from both of those bands, yet many people compare him to Brendan Perry of Dead Can Dance. To be compared to Solitude Aeturnus is a great compliment though, I thank you for that!“

What is the meaning of the band name Morgion?

„The God Of Death & Decay from a fantasy world called Dragonlance (Wizards Of The Coast).”

What is in your opinion the biggest difference to the last album „Solinari” – more clear vocals?

„`Cloaked By Ages, Crowned In Earth` is a vocal and guitar driven record while `Solinari` was a very orchestrated keyboard dominated record, our influences are the same that never changed.”

„Cloaked by Ages, Crowned in Earth” - what means the title of the album?

In what mood the new songs were mainly written? 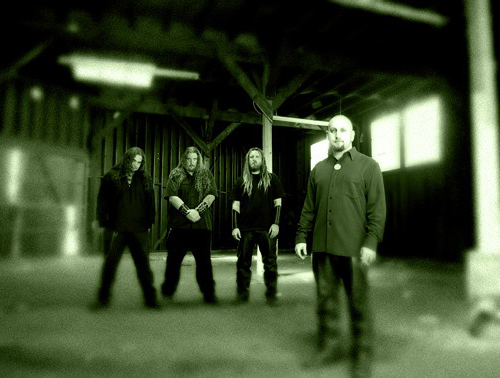 „When Morgion began the legacy of writing this last opus we had some differences that really change the overall mood of writing. Primarily introducing Justin Christian (bass) gave us more fluid bass lines and it enhanced our rhythm section. We also had the help of Adrian Leroux (ex-Mindrot) singing for us who also laid down much of the structure to the record. Since he couldn’t commit to the band full time we adapted our vocals through Gary (clean) and Dwayne (growling) which adding their own style and thus made the end result so interesting.”

Please tell some influences – musical and lyrical – for the new compositions of Morgion!

„`Cloaked By Ages, Crowned In Earth` is a concept record where it deals with three dark riders who claim three great artefacts, the Swords Of Nether. Which bestow upon their wielders a limitless sustenance, a sort of limited immortality. No sword shall cut or axe shall render one who wields them, they need not food or rest. Over time each man uses his power to obtain what he means to have yet discover that the sword is more of a curse than a blessing. In the end they have all of time to lament their misfortune whether they know it or not. Thanks for the interview, Markus, blessed be…”