For a quarter of a century the opulent theatrical music of these Frenchmen stands for pure independence.

With the years of existence, Misanthrope have framed their - not little avantgardistic - Progressive Melodic Death Metal sound more widely. Thus, „Ænigma Mystica“, the new and tenth album, shows the extraordinarily imaginative visionaries from their most individual creative side.

Despite its routine, the quartet, which is still very hungry, elevates its unmistakable sound on the jubilee, even to its own pure culture. 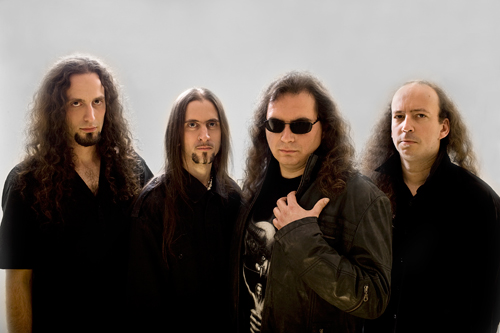 I speak with vocalist Phillipe Courtois, with the band better known as S.A.S de l'Argilière, who is also the owner of Holy Records.

How are you doing in these days, while enjoying the band’s jubilee?

„Hi Markus, I'm pretty fine, thanks for taking time with Misanthrope. Life is absolutely fantastic for the band at the moment. We released our ninth studio album a couple of weeks ago and fans, worldwide reviews are screaming of pleasures. 3 of the biggest European Festival already booked Misanthrope for one of our "incredible" live gigs: Hellfest (FR), Brutal Assault (CZ) and Germany’s legendary SummerBreeze. So what a lovely 25th anniversary for Misanthrope it is. I would like to thank all the fans through the years, especially everyone who will discover Misanthrope with our "Ænigma Mystica" 2013 effort. We dedicate our album to you.“

How was the main work for these new album?

„Misanthrope is my life since late 1988. I started enjoying German Speed Thrash with the mighty Kreator "Pleasure To Kill", Sodom, Destruction, Violent Force, Deathrow, Running Wild, Accept, Necronomicon, Mekong Delta, Helloween, Warrant, Living Death, Assassin, Tankard, Darkness and Switzerland’s Coroner and Celtic Frost back then. My main goal was to bring Metal to the French mass… and still to be. My country is more well know for Champagne, revolutionary, aristocratic history than for blowing away Thrash Death Metal with a Prog touch. The composition of the album came very smoothly and straight ... like a river streaming in a deep calm ... but after when we got the 12 new tracks all together it have been a storm of steel... what a hell of a work to produce and mix such an album with a great back view in such a big studio as he Parisian Davout Studios. It took 5 years all in all between the composition and the release of the album but we stayed 21 months in studio. Now please buy our shirts because we are broke, ah ah ah.“ 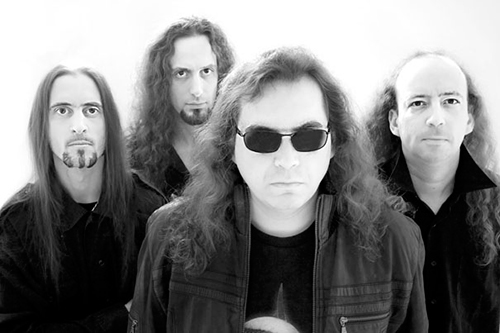 Which noteworthy (small) differences to the previous Misanthrope albums are waiting now for the curious listeners?

„"Ænigma Mystica" contents 12 new tracks, of course sung in English ... on the limited edition you have even both version with English vocals and with French vocals. Each song have been recorded twice in both language. Well "Ænigma Mystica" is very strong and each song structure is built to hit our live performance. Previous „IrremeDIABLE“, our 2008 album was a long and complex concept album quite hard to get into, maybe too much intellectual. "Ænigma Mystica" is Metal from Heavy, to Black Metal with some Prog, Gothic, Thrash and Orchestral Death Metal elements. Each song is so strong and built in volcanic iron. This was our goal… to make a really enjoyable album for everyone on earth who would like to discover what French Metal is. Gojira is not the sole one.“

Who have been the main songwriter for „Ænigma Mystica“?

„Misanthrope is the main songwriter. All four compose at home on our home studios, then, when a song is ready, we start to rehearse a "live" version of the tune. Then when the song is great we arrange all our parts, I start to write the lyrics, we work the vocals line together and at the end we finish with the guitars and bass solos as well as the orchestral arrangements. This alchemy was the secret of the making of "Ænigma Mystica". You can clearly see that on the bonus DVD which is available with the double CD + 2 video-clips and 8 live tracks.“

How long did the band need for the complete songwriting of the new release?

„Songwriting was fast and good, we put so much energy and power into it, that it was great. "Ænigma Mystica" music was ready within a year. We like to make a track per month, ah ah ah, like that all seasons are represented. It's your game to discover which one have been composed for Christmas, ah ah ah. The complex things was the mixing, the arrangements, the artwork, the right mastering, the bonus DVD authoring etc... all what is behind the essence of Misanthrope was long and tremendously complicate to finish in an exhausted way. But the result is far beyond our goals. That's the only interesting point: what the Metal heads will have in hands at the end with the finished product.“ 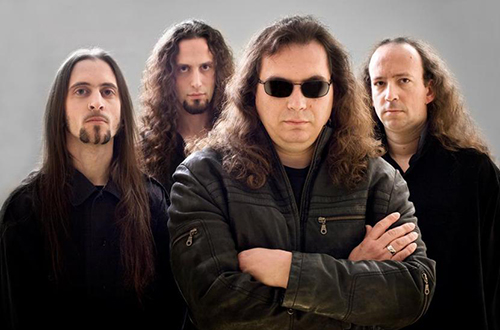 „The game was to go further than the great result we already got achieved for "IrremeDIABLE", and without the concept about the life and Art of Charles Baudelaire we gave more spice and hardness to our work as composers. So the spirit was not about a musical style... because Extreme Metal in general is our type ... but with an aware feeling to create what will be the next milestone for Misanthrope. You know we are not kids anymore and we have to make a "killer" album, no way back, no possibilities to loose one fan. We only want to get more… like a Facebook freak. So our expectations was to go beyond our dreams and to give all the input possible to achieve a masterpiece which will stay for a long time. "Ænigma Mystica" is our classic album.“

Please tell about the main lyrical content of „Ænigma Mystica“!

„Misanthrope lyrics are written by me ... and since 1988 I told a lot of stories. We use Molière's play "Le Misanthrope" hero "Alceste" as an heroic multi powerful philosopher and acknowledgement. He is wandering through the centuries from 1666 when he was born to 2666 ... as a future visionary. So we are blowing in the veins of this immortal misanthropic travellers all hates, knowledge, violence, eroticism, dandyism, aristocracy, esotericism, nihilism, straightness as much as possible to make of "Alceste" the upcoming messiah for the next generation of civilization to come. Misanthrope lyrics are extreme and they are written with champagne in the mouth, with an horny French beauty on the knees and with the most elegant and refined flagrance in the air.“

Why do you do this at all and which is still the most inner driving force within your creative heart to create such music?

„In 1985 when I was a kid my ultimate goal was to be an Extreme Metal musician. I respect who I was and I will never change, Metal is my blood, Metal is my life, and to bring Metal to France is may daily job since 1993. I do not do anything else than expending Metal to the French audience. I try to educate my people with this blasting noise ah ah ah. And it start stone by stone to built something very serious over here. Thanks Germany for the nice examples you gave us.“ 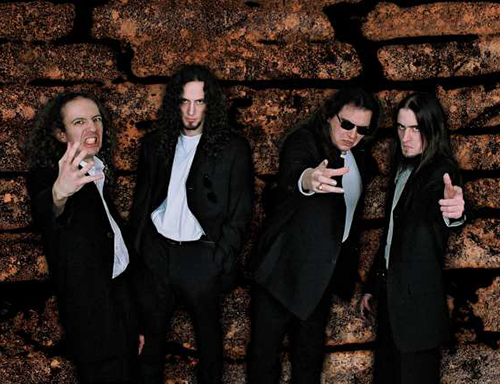 What’s your personal view about the ‚Metal spirit‘ of the new album?

„My special feeling is that it makes me alive. Misanthrope cut me from a boring normal life. I do not want to be the idiot I see on TV news daily. I will never be a part of those people. I create, I imagine, I develop, I'm determinate, I share and I try to give as much pleasure that people gave me ... and believe me Markus it's really a lot.“

Which special aspects are the most relevant for you in the unique and personal music of Misanthrope, within a world full of more or less trendy music groups?

„We created our own world music wise and lyrics wise which nothing to do with the other bands. We are hard workers and we do not care to be one day a Star ... and the year later back to the underground. Only the art for Metal is important, always giving to Metal music enough intelligence and creativity. Metal fans deserve the fuckin' very best of ourselves. Without them we are nothing.“

„Ænigma Mystica“ sounds like it's primarily dedicated to your very own kind of Metal, which is really one of your greatest passions on earth ever. Correct?

„Yes of course, I like the sound of our music and of our Metal. Each album is for me like having a new child. Well 9 children is quite a lot, ah ah ah. We worked so hard to found our own sound, forging each note of this album during almost 5 years of hard work. Well for me and especially for the fans it's so good to listen to "Ænigma Mystica" finally. The wait is over comrades of the Avant-Garde Metal frenzy. Come to say hello on our facebook, try to listen to the album, now with internet it's very easy. Make your own opinion by yourself. Go where your dreams are leading you. Be yourself. See you all at SummerBreeze, get our exclusive 2-CD+DVD cross beautiful digipak and merch and live fuckin' loud.“