And after the 2008 debut album „Watch The World Die“ was pounded with the courage of despair into the plagued musical metier, Minushuman now wallowing up the no less substantial successor „Bloodthrone“ with an efficient Thrash hardener.

Already the extremely memorable group name speaks volumes, without having heard a single note of the predominantly sluggish mourner sound of the lyrically emphasized profound pack.

And the quintet from Bergerac, a very wine-cheerful place in the French region of Aquitaine, is a perfect match for the pre-existing associations in all the listeners. 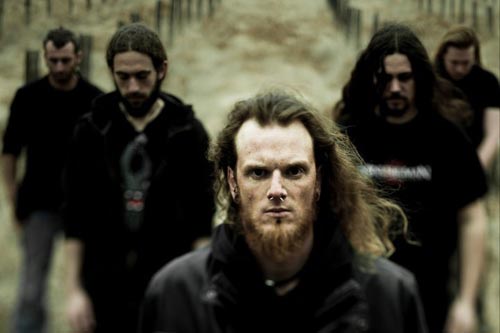 For those who do not feel massively guilty of the frightening moral decay of today's humanity at the mournful limbs of Minushuman, who are, in some cases, quite hard-hitting, as well, have to be accused of clearly marked egoism.

I talk to guitarist Thomas Billerey.

Which is most ‚holy‘ thing for you on this planet?

„Balance. I would say that everything is, in a sense, quite equal to my eyes. Everything on this planet and beyond is connected and co-dependent. We’re part of a big game where everyone has a particular place. The world we know is based on one single balance of numbers. Defying this balance makes things change, in one direction or the other. But I would not use the word “holy”, which refers to a religious understanding.“

Which are your biggest hopes for 2011, regarding Minushuman?

„This year has been a really good one for the band so far; we signed with Season Of Mist, our new album is coming out this August, we’ve been making a new video for the song “The Day We Died”, and the first feedbacks we’ve had so far are very exciting. I’d love to hope that this record will help us make a step ahead, and give the band a bigger place in the Metal scene. We’re working on live shows and we hope to get on tour later this year.“

The new material of Minushuman: how were the new songs developed until that result? 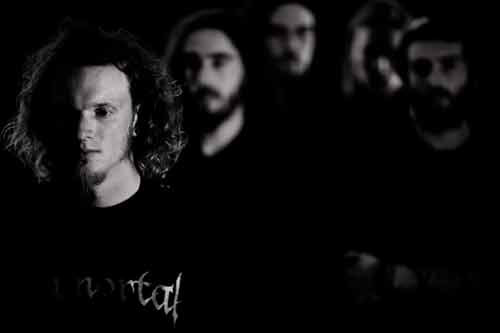 „Things went naturally. With “Watch The World Die”, we had this need of a heavy and aggressive wall of sound. For this new record, we wanted to create something, still massive, but more “organic”, and feel more the heat of the amps in the room. The overall production is consequently more nuanced and still “in-your-face”. We worked as we did for our first album: after the demo tracks finished, we jumped into rehearsals to get used to the new material, make it groove, and get ready to go to the studio. Mobo from Conkrete Studio and I shared the care of the recording process, and then he mixed and mastered the whole album in his studios. He did an amazing job once again, finding this balance between aggression and clarity. I hope it will make some headbang around.“

What are you still looking for in terms of development of Minushuman's musical style?

„There are so many things to try, so many things to explore musically. As a band, we’re young, with only two records out, we’re still building our sound. I like to think we’ve got a particular way to do things, to build our riffs and atmospheres all together. As a songwriter, I simply try to be, once again, balanced between all the information I want to mix in a song or an entire album. The first question I ask myself is “what do I want to express ?”, and then comes the “how”. We’ll see in the near future where we’ll go. I like things to go naturally.“

Please bring the songwriting process for „Bloodthrone“ a bit closer! 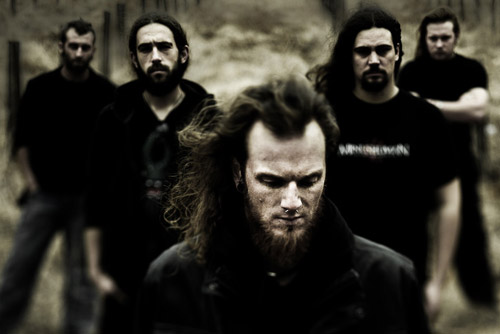 „The songwriting took about 6 months, from the first demos to the final tracks. I recorded a whole bunch of riffs and ideas, and explored some roads I never took before. I didn’t know where I was heading and what this new record should sound like. The 10 tracks on “Bloodthrone” are kind of a spontaneous puzzle, that took naturally place together. When I first played the “The Architect” riff, I said to myself “dude, this is the real shit”. The same happened for “The Size Of An Ocean”. And so on. I did not want to think too much about what I should or should not do. I just wanted to be true to myself and write stuff making my head bang. “Bloodthrone” is consequently quite different from “Watch The World Die”, more direct maybe. When the guys first heard the new demos, they were excited as hell and impatient to play this live.“

Be so kind and tell about your proudest own achievement on this new album.

„The overall process was hell of a journey, from the songwriting process to the artwork for the CD and stuff. Having this record in my hand is kind of an achievement itself ! I like to think we made some intense piece of music, exploring several directions, with a strong groove and melodic stream all along. I really enjoy the new songs, the urge that emerges from tracks like “Another All” or “Three Mile Island”, in opposition to songs like “Bloodthrone” or “Kill Me”, exploring some other roads, for instance. Each track can be enjoyed separately, but they make sense when interconnected. As a guitarist, I really like the final of “The Size Of An Ocean” with the solo part, or the bluesy leads on “The Day We Died”.“

„Mankind has been reigning above the earth for decades, trying to shape the world to his madness, destroying and wounding the essence of everything we know, with no fear of the aftermaths. The latest and awful tsunami over Fukushima reminds us how weak we are, how fool we can be, how massive can be the consequences. “Three Mile Island”, “Evolve” or “The Size Of An Ocean” talk about that. Songs like “Bloodthrone” or “Forgotten Fields” talk about the people under oppression, over the world. Look at the latest events in Egypt, Tunisia, Libya. The world is screaming for more justice and freedom, and we, as witnesses, wanted to be another relay for this idea.“ 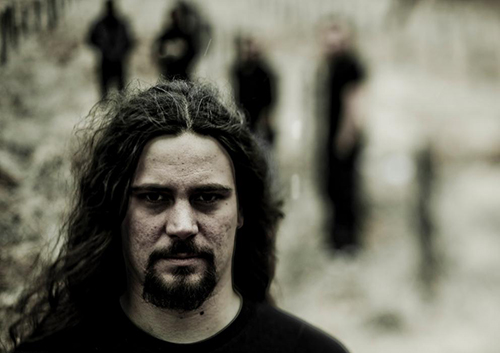 What's going on in your head, when you think about the new Minushuman release?

„I’m excited like hell. It’s always hard to kick back, but I’m deeply enjoying this record. Some sequences give me chills. I’m really happy to see all the road we made from the first demos of the band. This will be the first time a Minushuman album will hit “physically” the stores worldwide, so I can’t wait for the first feedbacks.“

Did you ever think about to quit Minushuman?

„Not a single minute. This band has been a part of our lives for so long now. We’ve been playing together for 15 years, with Dark Poetry mainly before starting Minushuman, and we know each other so well. We almost “need” this band to feel good. Having the chance to slowly grow has a band and as individual is something we don’t want to lose on the way.“

The new record „Bloodthrone“ - what can you do for the fans with your music what other candidates can't?

„Ouh, I may simply say that this new album rips ass. It combines heavy riffing, dark atmospheres and catchy grooves. If you’re looking for a cool soundtrack to your days to come, get an ear on “Bloodthrone”.“

Which bands do you listen to mostly these days?