Bandboss, singer and guitar player Ashmedi together with his furious have made possible the seemingly impossible again: to repeat in no way and yet to sound boisterously wild, fresh and free.

You may experience the spectacular as conspired affectionated Black Thrash Metal soul on the new superior album „Enki“.

That such mesopotamian saturated, lively riff occultism don‘t appears without fatal permanent infectious vitalization of mind and body, should be known doable in advance. Since the 2010 album „The Epigenesis“ this once oriental legation completed whole eight tours, as Ashmedi reports with strained look.

„Melechesh is more than a band - it is a society!“ - please explain that a bit deeper!

„Well a band is restrictive it is guys who do music but we have people around us who i feel are also part of this circle , family musicians, scholars , artists, occultists etc... we have many sessions members who come to certain tours we are in good terms with them hence the word Society is less restrictive don’t you think? Even when we stop making music we will remain a society people with pioneering and forward thinking habits who defy absolutes and norms.“ 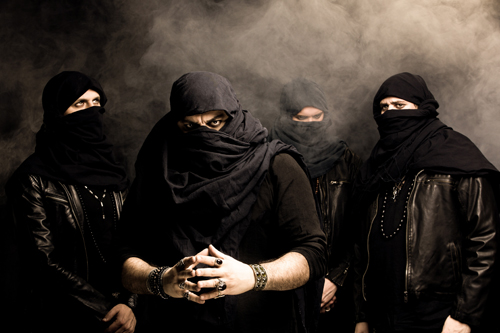 „All bands have many friends from other bands I know all these guys for a while and all respect and love our music and appreciate us as musicans. I wanted people who can best serve the musical vision. Max is a big Melechesh fan, his voice is killer he comes from an unusual place like us and has this tribal touch suitable for the ,Lost Tribes‘ song. Sakis has a dark voice, he called me in Greece, we hung out, we are good friends for many years he did a killer Job. Rob and I always talked about collaboration and he as a guitarist is agile, he does many things without showing off, he serves the song. The song was Rock oriented, he did a perfect job.“

„The Epigenesis“ was published in 2010. Please tell about the main (compositoric) activities of Melechesh since then!

„We did eight tours. This takes a lot of time. I compose pretty much everysingle thing on the album. This is time consuming. Add the tours and band management and some level of baby sitting this all requires time. Hence the waits if we were two doing equal parts then work load is cut in half.“ 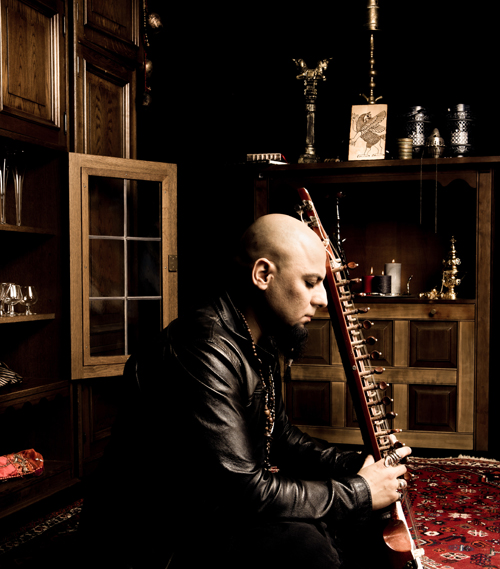 „Angry, upset, avengeful (not revengeful), proud, just (justice), rebuking, untouchable. Songs are diverse, diverse moods and riffs and structures. We keep a multifaceted album like Rock albums should be. Not streamlined one trick pony. Muscially and lyrically it is a very strong and proud album. It say ... this is Melechesh, make way, hahaha!“

What main elements could be named the 'demonic soul' of these sixth full-length release?

„Demonic? Maybe supreme or spiritual but frowning and upset with lots of justice to be fair, hehehe. I feel the journey and our roots and our struggle keeps this fire burning after all the band name is King of fire, hahaha! My determination helps. I mean all my life was an uphill struggle even to get credit and a tap on the shoulder or bravo required a lot of work. I cannot say we had much help so maybe this keeps the fire burning and not feel to comfortable I guess.“

Btw, the sixth full-length of a band founded in 1993 … Melechesh lays worth on class instead of mass in each point, isn't?

„Yes, to create and not to re-create. Lead not follow is hard, this is metaphorical I guess but it is something that flashes in mind while composing. Making good music is not too hard but making music that feeds my hunger is hard. Quite an inner and psychological struggle but when people appreciate it and enjoy it and relate to it it is the best reward, so this is a motivation to keep the quality up. We represent Middle East Metal, we must make people proud. We must be the best. I don’t mean it arrogantly, I mean it humbly ... we must work hard always.“ 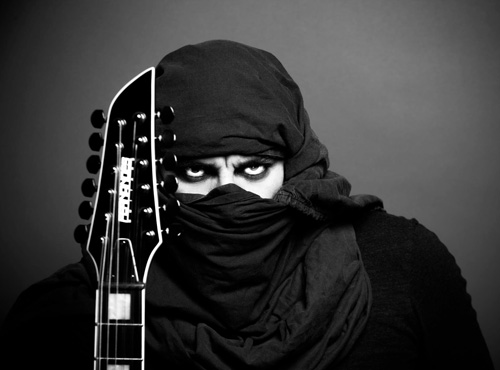 Did you ever expect to get your bunch alive for more than two decades?

„No way. I mean when you are a teenage to think what will happen in 20 years seems so far, let alone to think you are doing Metal on a global level and frankly sounding better is astonishing. It requires many sacrifices. I made too many to mention some affect me ona pragmatic level. But the idea is the biggest risk in life is ... not taking a risk. The outcome is known, it‘s static.“

Please report about the main work at the main songwriting for „Enki“. Any changes to mention?

„It has been pretty much the same. I still make guitar riffs then try to make a sotry line with the music like a rollercoaster ride, feeling changes on dynamics and mood, once my stomach feels the thrill, I feel ok this works. I then add drum beats and make demo then improvise melodies according to what feels right. Then I give it to the guys to learn and I hear feedback with an open and objective mind. Do changes or improvements if it is needed. Then enter studio. We then leave room for improvisation. Sometimes jamming with the guys also things or new ideas come out.“

How long took the complete songwriting for the album and which way were difficulties mastered ? 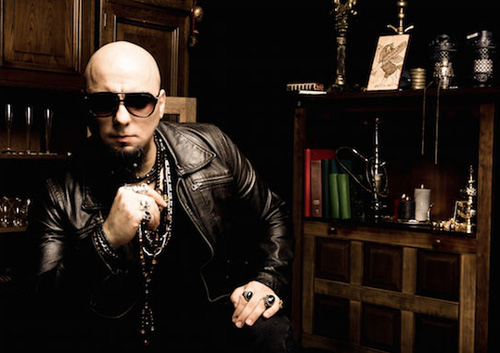 „Writing was on and off, but preproduction demos started summer 2013. Difficulties were the self promotion some people did to join the band only to find out they were not what they said or lacked skill or character. So this causes tension and delays, we used a few diff preproduction studios as I hate recording myself during demos because I wont focus on music, I need an engineer near me so we did some in Germany some in France...“

Who are to name as main composers of the new stuff beside you?

„I wrote the entire album. Moloch did three guitar melodies (riffs), Scorpios did some good improvement on bass lead. This is why Melechesh sounds Melechesh. Mind you I do encourage people to bring killer riffs, I say ,make a killer riff and kick my ass with it, then I will kiss your hands‘ ... but it takes a lot to understand the progression of Melechesh. Making a mid east sounding Rock riff doesn’t mean it is good! It has to be good.“

Who did the fine album cover art of „Enki“ and what is to tell about in general?

„John Coulthart did, he does good occult inspired art mainly for books. He also did our ,Emissaries‘ and ,The Epigenesis‘ albums. The vibes of the album cover is order and chaos enlightenment and general mystical and philosophical aspects, present in our lyrics but translated into art.“

Is it allowed to ask about your nowadays special musical and personal influences, too? 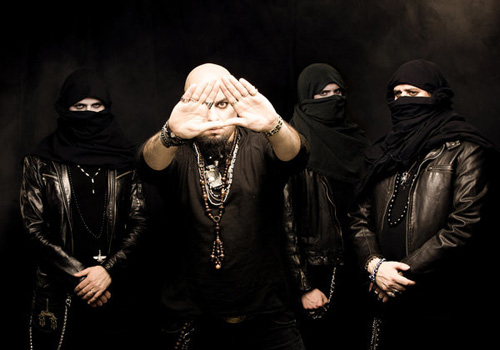 „I mean I hear whatever is good, most Metal releases bore me and I feel uninspired. Some good old Hard Rock and Heavy Metal, psychedelic Rock always was cool, Indian ragas and Sufi music, alternative music, classical music, 80s music, some electronic stuff, I mean whatever sounds good to me.“

What still counts most for you in making such high-energy music with Melechesh?

„The energy itself and dynamics they are awesome and live come across fantastic. And it is like living thousands of ancient scripts or movies or scientific and philosophical ideas with flashes of chaos all in one and at the same instant. It is sonic psychedelic drugs, it is Sonic Magick.“

Your recommendation(s) to newcomers in the hard music biz?

„Well, have self esteem, don’t follow only try to lead, try to offer something than will make a difference for you and is relevant, but that can also make others relate to it! Many people sit behind computer, make a logo, three riffs, and use pre made digital drums, then force feed it to others and saturate the market, ,here is my band‘ ... no, go further, make it relevant! Anyone can make music that sounds correct, but does it sound very very good? And don’t fall for compliments of friends and family, chances are you still suck. Listen to constructive criticism and go forward! Step out of the box and play live a lot!“