To insiders known from acts as Hortus Animae and Space Mirrors, Martyr Lucifer is a outspoken visionary musician. A man with an own way to express himself. Since a time he runs also his own Dark Gothic Metal solo project under the same moniker.

Featuring members of Hortus Animae, empYrios, Darkend and Paradise Lost, the new and second full-length „Shards“ will be released soon. It‘s the follow-up collection of songs to the 2011 released album „Farewell To Graveland“. 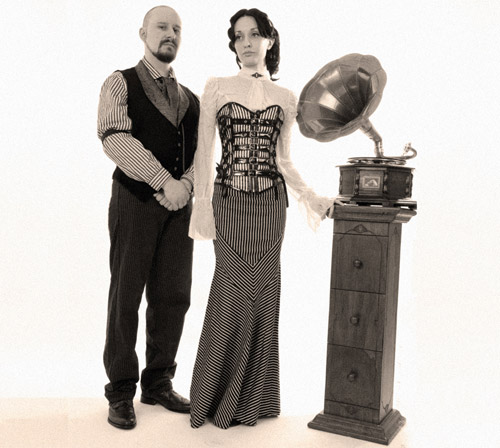 Why you've found a solo project?

„Well, just because with my solo project I can express my deepest inner self, and also I write all the music and I take all the decisions about arrangements and recordings, from beginning to the end. There was and there is a lot of myself in the other projects but I can't tell they're 100 % mine, that's why I felt the need to found this solo project.“

What counts most for you in making music at all?

„To make music and unite it to the words, make that alchemical harmony that unites two things. Words united to the music receive more power, they become some sort of spells, sometimes awakening sadness, sometimes some inner uneasiness, or adoration... Or what comes in that moment. It is that you are not choosing art, but art is choosing you. And when you are chosen - you are obliged to follow. And what counts for me doesn't count in fact, sorry for tautology, haha. I just follow the call.“

Please describe the main musical character of your new album!

„The original thought was not to create an album but three separated EPs, in fact they are, but gathered into a compilation album. In the beginning I meant them to be released separately. But then, you know how we artists are: moody, fickle, often on the edge of borderline... So I've changed my mind! After all, gathering the three Shards in one package I'm adding a new album to my personal discography and the fans mustn't spend their hard gained money three times, if they can buy one only product. Moreover with Andi of Outline Rekordz we have managed to release a sweet digipak edition, which is a pleasure to hold, watch and listen to, so I'm extremely satisfied with the final decision. So, So in “Shard One” you can find the most gothic and heavy side of my music, in “Shard Two” melancholy is emphasized, through delicate acoustic and strings arrangements, “Shard Three” takes the power back, thanks to a more vibrating rock approach.“ 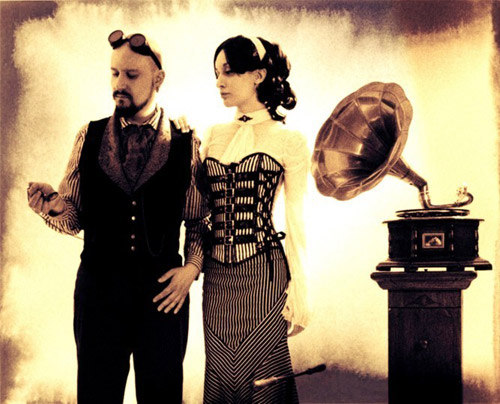 How much time took the complete songwriting for these new stuff?

Please describe what stands behind the band's name.

„Martyr Lucifer expresses a concept, Lucifer seen as a martyr. Lucifer originates from the pre-Christian, Pagan Roman mythology and represented the one who everyone knows as the deity bringer of light. Then, the church has made a great scapegoat out of him to scare their sheep. Also, being a deity of light, he was dethroned and denigrated and, in fact, here's the martyr. This concept leads to significant and obvious considerations on mysticism and religiosity.“

Please describe what stands behind the album title.

„As mentioned before “Shards” is not really an album but a collection of three EPs. They differ in terms of mood, musicality and style, but at the same time still represent the Martyr Lucifer sound. The idea is to record and release many more Shards in the future. There will be EPs like these between the full length albums to show some more of moods and styles of the project, let's say to give more attention to experimentations. So to sum up, these Shards are pieces of moods and styles, similar but different, as the pieces of a broken mirror.“ 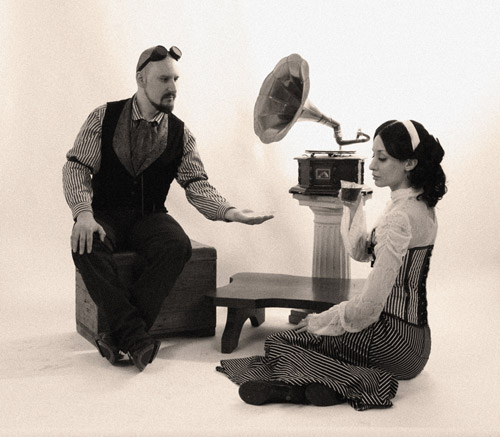 Please report about the main content of the lyrics!

„I usually treat in my lyrics topics of personal inner struggles, suffering of nature that mankind is provoking, spiritual and mystical themes and some anti-religious stuff. Well, not really anti-religious, I would like to point out because discussion about religions in general is a little complicated, as I see nothing bad in a pure teachings and spirituality of whatever existing religion. It is people that make me really sick even of the word “religion” itself, and so I prefer to call it spirituality.“

Is it allowed to ask about special musical and personal (spiritual?) influences which have led mainly to the newest material?

„Some people said you can hear in these 3 Shards traces of Paradise Lost, The Sisters of Mercy, My Dying Bride, The Cult but also Alice In Chains, Pearl Jam and Radiohead... I like these bands but myself I cannot tell if it's true or not, haha. For what concerns spiritual matters that inspired these new songs, well... Every song has a different theme and the 3 parts have different moods, so we can't grossly generalize. Yet, all in all, in the shadows, there is a line of Luciferism that we can see by the respect for nature that characterizes pagans, the awareness of living in a unique living organism, where everything lives and breathes and has its own character, personality... where, at any moment, if you let it transport you into another dimension, and if you're lucky, you will be given the vision of other realities. And everything crowned by that out and out hymn to him, “The Morning Star”, leader of all stars, the one and only Lucifer in person, which shows not his trivial side but something more personal, deep and welcoming, wise creature and as ancient as the world.“