To the final clarification of the question, whether the playing of the stylistics Black Metal really do incurably addictive, one needs no clever scientists.

The definitive answer is pure and simple: Marduk! For the Swedish legation of hell, who has been so resolutely paying tribute to this musical direction from 1990 to the present day, will probably cease to exist only if the participants are cold underground.

With the new and now twelfth album „Serpent Sermon“, the four-headed formation underlines its reputation powerful thick. As guitarist and founding member Morgan Steinmeyer Håkansson tells, he has thoughts like strength and pride in the head when thinking on the new release.

„A thought of strength and being proud over the energy just about to be unleashed upon mankind. That we have a archived a monument of what Black Metal is all about. The very diabolical essence and the power contained within brings me even more inspiration to continue to march on the road we do.“ 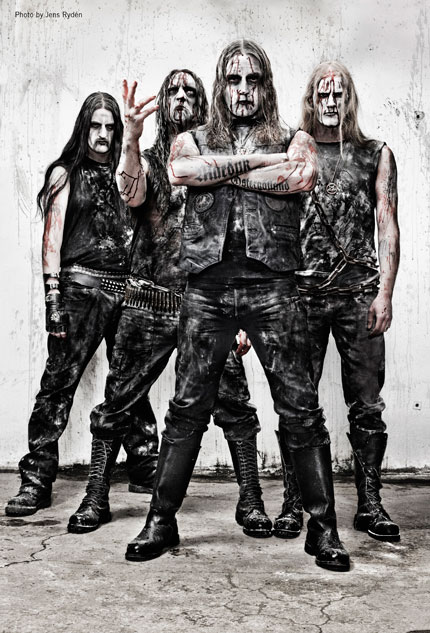 The new record „Serpent Sermon“ - what can Marduk do for the Black Metal maniacs out there with its upcoming music that other candidates can't?

„We have the burning ambition, dedication and strength that I think lots of bands misses. We have always been a focused band who knows where out loyalty lies and continued to march during the years without any defeat or splitting up and reforming. Our strength is our dedication, creativity and willpower.“

Which are your biggest hopes for the upcoming months for Marduk?

„I don't really have any hopes, I don't really think in those terms. I focus on our works and do the uttermost to bring forth material from the depths of my soul. And the rest is history. We work like we always done. We put everything into every release and then we go out on the roads trying to reach as many loyal supporters as possible in all the corners of this world and bring the energy of our live shows! I see it as an privilege and also an obligation to work the hardest to reach all territories and perform our works.“

What are you still looking for in terms of development of Marduk's musical style?

„Development can be both positive and negative. A lot of the old classical bands developed and became crap by being experimental just for the sake of being that. Of course you have to follow your inspiration and that it was always had mattered to us. Its not important to develop but be genuine and release what comes form within. So we let the inspiration flow and become the assault weapon of our own creativity and just let it loose the way it comes to our mind. And we work very hard on making music and lyrics becoming one strong unit. We put as much energy into the lyrics as the music and let them together form the perfect union of the painting we want to create in your mind. We want it really to come to life in the listeners ears and hungry eyes therefore everything is of equal importance of our works. Therefore we record in our own studio and produce ourselves and also do layout ourselves because nobody knows the vision better then us who have worked on it.“

Please report a bit about the songwriting process for „Serpent Sermon“!

„All the material comes different. We don't follow any pattern. Sometimes I write an song by just having a song title in my head and that inspirits me to write the rest and just come natural. Other times you have a riff stuck in your head and the pieces jut fall into the right place. So all the songs have been written in a different way. We are also not that kind of band who sits down one day and decide to work on new material its a everlasting process. We constantly works on ideas all of and the meet up in the rehearsal bunker and let it loose and take its form.“ 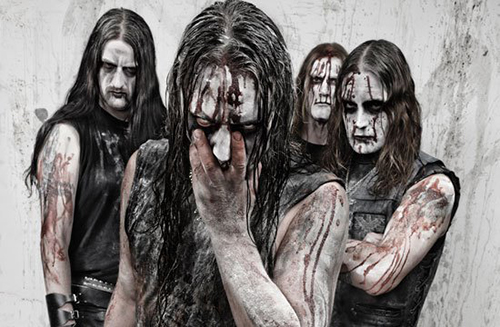 Please tell also about your proudest own achievement on „Serpent Sermon“.

„That is really hard to say. I will have to answer the complete album and the very essence of it. I think that thought I shared by all members once we put so much blood, sweat and dedication into it and then naturally you are proud of the recording itself in all ways.“

What is mainly behind the new lyrics, Marduk as usual?

„I think the title ‚Serpent Sermon‘ very much speaks for itself and is a true description of the whole lyrical essence. Its what a Black Metal album should be, its the gospel of the worm and an attack upon the god of light and its followers. The lyrics are enclosed so everybody should let them embrace you and see what vision and picture it creates in your mind and how they speak to yourself.“

Do you have a personal favourite among the new tracks?

„All of them are my favourite ass, they all mean something unique and different to me. So I can’t say any specific song really. But so far we have been rehearsing and I highly enjoy bashing out the title track and ‚Souls For Belial‘, and also the ultra heavy ‚Temple Of Decay‘ is great to rehearse. Hmm … and also ‚World Of Blades‘ we just rehearsed and that is magic to play. Ha ha, I could go on and mention any song, they are all a monument in their own way.“ 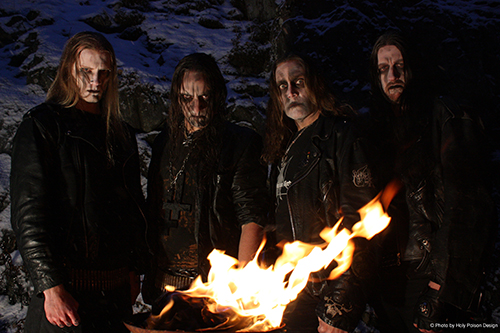 Did you ever thought about to quit Marduk?

„No, I’m not about quitting. I formed the band and still have the black flame burning and feel stronger in body and mind then ever before so I have so much more to deliver and the inspiration keeps flowing. So the thought of giving up is not a part of my world. That’s for other bands. We have marched for 22 years and are more determined than ever before.“

To which music do you prefer to listen to these days?

„I listen to a lot of music and with a lot of diversity, everything form old Rock, Heavy Metal up to Black and Death Metal, what I consider to be genuine and strong and really brings forth something unique. Also a lot of heavy industrial music, that has always been a strong inspiration for me as well as a lot of Renaissance and Baroque music. That is such strong timeless music that always will be an inspiration in a lot of different ways.“