Founded in 2011, the so far rather pertinently known Croatians are now releasing their first English language album „Oyka!“.

For this fourth longplayer Manntra have a lot of plans anyway. „Oyka!“ was lyricised by the versatile rocking Modern Metal formation with the loving folk intention to give their own regional traditions and legends a thematic counterpart.

As singer Marko Matijević Sekul tells, the participants have already played in various bands half their lives. 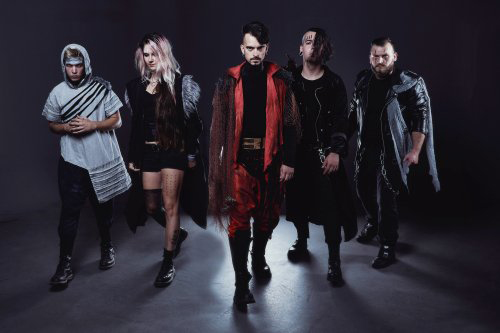 „We’ve been playing our whole life in various bands and in Croatia we released 3 albums already. I am a full time producer and arranger, so I think I personally had hundreds of songs passing through my hand and a lot of band members are helping me out. Boris (guitar and bagpipe), for example, is a professor in a Musical Academy, so we don’t lack experience in both studio and song writing field.“

Is there anything deeper behind the band’s name?

„Manntra with two N. Yes there is a deeper meaning. It is layered. We say to Manntra something is repeating a thought and invoking it to happen. It is like a ritual and it doesn’t have anything to do with any religion. This is just one meaning of the name though… The others should remain still a mystery for now.“

Please describe the main musical character of the new release „Oyka!“ with your very own words!

„It is for sure a Metal album with a lot of folk and some industrial vibes. It is our first English language release. A debut album of a kind. The main musical character should be a different yet modern folk/metal album with some industrial and gothic influence. We drag inspiration from Mediterranean/Croatian folklore and that is something that is pretty much unique and we are tied so close to the sea, mariners and myths that sometimes we stuck in them for days.“

„Oyka!“ - what is behind these title?

„Oyka is an archaic old word for the word Girl in an old Croatian. It is more referred to a young girl who still didn’t lost her virginity. As a title for a debut album in English it sounds great, doesn’t it, haha?“

What is the most important for you on the new release of Manntra?

„To deliver a strong emotion to the listeners. To make them inspired by the music and to make them wanting to try new things in their life. This is the true purpose of music.“ 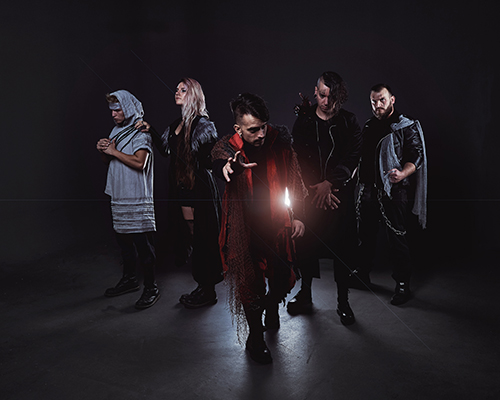 What kind of feelings dominates the new songs?

„We worked all together on the songs as a band and I was in charge of the production. Let’s say, it was a great team work, where all the puzzles fit together well.“

„It was funny since we created the album in one shot. Basically every day we came together, something cool appeared. For me writing is like resolving a puzzle. There are different problems you encounter in a song… now this part is not working, now the chorus is not opening enough and so on. So you need to be focused and don’t give up on a song until you connect all the dots. So we had plenty of ideas but it was hard sometimes to make a song from a good idea.“

You guys spread diverse stories of Slavic fantasy, legends and tales … are there any special, theatric visions which raise in your imagination while playing the new song material?

„We are bombarded all the time with all that fantasy video games, movies, television series… so we tried to avoid everything and to create our own world. This world is real since it drags all the inspiration from real stories, we are just storytellers who retold all that legends. I guess there are more myths for at least 5 more albums, hehe!“

„For sure! We all have heroes. I can talk just for me personally, since I am just one fifth of the band. We had a lot of influence from old Croatian folk songs, some American music and also some German music such from our good friends of In Extremo. We’ve grown up listening a lot to Rock music so the catalogue is pretty big.“

Be so kind and tell a bit about the line-up situation and the chemistry in the band!

„We are 5 people. Now together for a few years and we went together in hard times and good times and survived all that so we are now grown, mature and let’s say that everything fits well.“