And this has now a second performance with the new album of the Italian melancholy formation. Also „A Whisper Of Dew“ exudes nightmarish, tragic music, which seems for the listeners like a time- and spaceless journey through undiscovered dark areas. 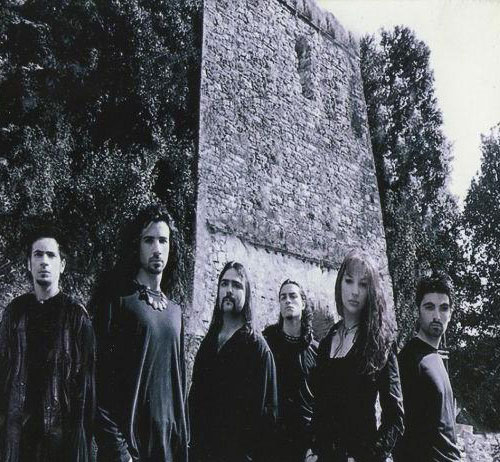 Morgan, exists a conception behind the new album?

„The concept is based on a visceral love story, an idyllic love as anyone dreams of, but hardly likely to happen in our contemporary society. With this concept we think we may wake up some ancient soul: "wake up, wake up now, wherever you are…"”

What's behind the title „A Whisper Of Dew“?

„A Whisper Of Dew“ sounds again very, very melancholic and full of amazing moods. But way easier to listen to than the previous album and it offers this time really overwhelming atmospheres. Do you agree?

„I wouldn't really say it is melancholic, we feel it's very passionate and involving. We express ourselves in gothic metal in a slightly different way from other groups and we think that when you say this album is easy to grasp it's only because Fairy Tales opened the path towards its understanding.”

Exists in your eyes a more or lesser change on the new album to the previous album „Fairy Tales From Hell´s Caves“?

„Yes, basically we experienced inner changes which undoubtedly influenced our new album "A Whisper Of Dew", but we believe you will perceive the great leap beyond our soul in our third album.”

Which were and still are the main inspirations for your music?

„We are our own inspiring muses. I am Terry's and Terry is mine, and the same is true for the rest of the band. We don't cry over the world's sadness, we cry because the world is sad! And what we live in is really a "world apart".”

The unique Dark Rock/Metal style of Mandragora Scream - how was the development?

„To tell the truth, we did not went through a development or follow a path which made us find our style; it was a kind of magic, an illumination, the uniting of body and soul, rain and wind, music and words.”

What does mean the bandname Mandragora Scream? 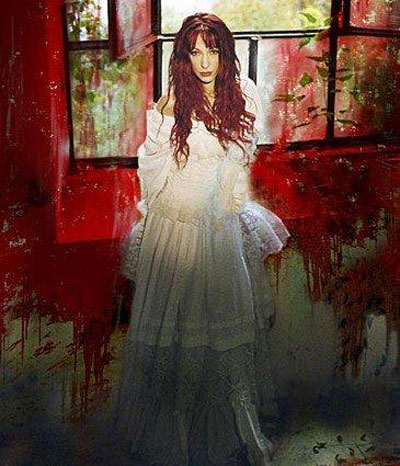 „The mandragora is also known as Satan's apple and it's a root which was used for magic, to prepare love or death potions according to the amount used. The legend says that the scream of the mandragora was so piercing that it could deafen or even kill whoever happened to hear it. In extracting the antropomorphic root from the ground, the witches had to be very careful not to break it or they would have triggered the killing scream.”

Who wrote most of the new material?

„I mostly write the lyrics, while Terry composes the music, although we always collaborate with each other.”

Be so kind and explain the lyrics of a few songs out of the new album with your own words!

„Explain you some texts? It would be interesting and surely a very strong emotion, but it would take really too much time, I would say an eternity … maybe you'd better let yourself be "Embraced" first! I can only say that all the lyrics are just a metaphor for my soul, my endless essence.”

Which are the deeper, dark philosophies behind Mandragora Scream?

„That's easy! It's simply our true way of being, there's nothing artificial or invented, we live on the dark side of life keeping our inner selves so romantic, incredibly intense and most of all damned.”

Which were your early idols out of the Music scene and which ones did influenced you?

„Surely Elvis Presley, Janis Joplin and Steve Vai. We are not influenced by any specific group, we just translate ourselves into music the way we are.”

Which bands do you listen to nowadays?

Which imaginative pictures do you see with closed eyes when you listen to your own music?

What is definite goal with your music?

„Trying to convey something true and solid. People gave up dreaming in this world which is so deceitful!”