Initially formed in 2001 in the Norwegian Black Metal centre Bergen as an Old School Black Metal association, these Scandinavians mutated in time to one of those bands with the probably most obscure dark sound from this country at all.

Because the music of Malsain became increasingly gloomy, atmospheric and creepy. „They Never Die“, the debut album of this undead quintet of pessimists, creates anyway so oppressively paranoid moods that probably even a freshly Lotto million winner gets manic depressive.

Thus a true escapism disc for chronic defeatists that was done there. Bass player Tenebres, a sinister-eyed bald head, still appears to be surprisingly good spirits. 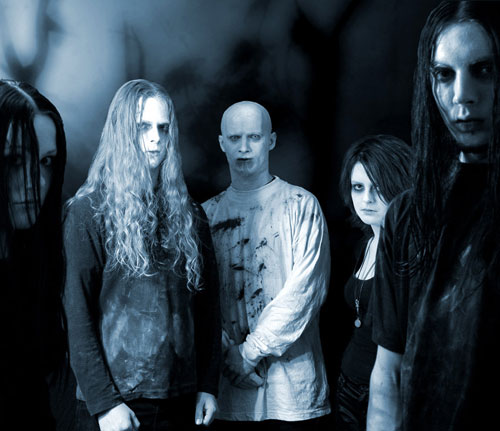 „We're doing fine thanks! Right now we're taking a one month holiday break and afterwards we will prepare for our live show for the Bergen Metal festival "Hole in the Sky" that we have the honour to open. Wie geht's Markus?”

For me is your album one of the most obscure works in nowadays Black Death Metal out of Scandinavia! How far do you agree?

„Thank you very much for your appreciation! In comparison to black-metal, our music is far less "black" but I think the word obscure is appropriated; and mood and ambience are definitively keywords for Malsain. We're not trying to play "evil music" like many of our colleagues here in Scandinavia but to re-create a very dark and thick atmosphere that you only can feel in nightmares. Fear is for us the main concept but instead trying to define and describe this emotion, we are expressing it through music with different inter-related themes. Of course we all enjoy very much Norwegian black-metal but it's really not the path that we have chosen.”

What means it for you personal, to play such music as with Malsain?

„We believe that music has to create a special ambience to really be interesting. Many other listeners would probably prefer more "riffing" and more violence, while we prefer to create a monotonous and atmospheric world of fear and claustrophobia. It's just another way to look at the concept of "dark music". Still, it's hard to say that Malsain is not brutal.”

Are there any bands as influences for your songs to mention?

„We try not to take direct inspiration from other bands. On our presentation file, we are compared to Khold. In a way it's a pity because many people will believe that we are a copy of that band without having heard our music at all. There are for sure similar elements but I can't say that the two bands are that close to each other. The truth is that we had never listened Tulus (and later on Khold) when most of the song material on this album was created. But still we appreciate Khold, we just think that their music is more straight-forward while we are much more atmospheric. To answer your question, Darkthrone and Katatonia were 2 major influences for me when I started Malsain... but I don't think it is obvious to the listener.”

„As I said earlier, I would describe it as a nightmarish and claustrophobic form of dark-metal, both atmospheric and brutal at the same time. Don't expect any solos, finesses, or technical demonstrations... it's just a depressive and monotonous expression of emptiness. I think that fans of both doom-death and old-school black-metal can enjoy this record.” 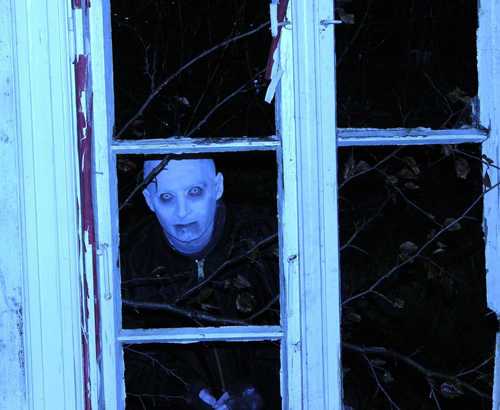 Which other Metal acts do you like and who are your favourites?

„Personally my favourites right now are My Dying Bride, Shining, Craft, Samael and Morbid Angel. But I have been listening to extreme-metal for so many years that I cannot count how many bands I really love, hehe.”

„Our next concert will still be in Bergen but we're likely to play other places in Norway in the near future. We have not planned any concert abroad for now but of course we would love playing in a great metal country like Germany. Maybe next year! On the scene we don't use any special effect. We try to create a cold ambience, which means that the red light shows are not our speciality.”

In which qualitative position between nowadays extreme (Black Death) Metal acts do you see Malsain?

„I think that the extreme-metal genre has grown wider over the last years and many new bands are coming, trying to add new elements. Many of the old bands do the same as well, in order to avoid to bore the listeners and themselves. At the same time, you also have a lot of bands trying to remain as true as possible without evolving musically. We belong to the first category, but it doesn't mean that one of the category is more qualitative than the other one. Both streams have something interesting to propose through two different views. Anyway I see in Malsain an alternative form for extreme-metal.”

How long took the time for the complete songwriting of the album?

„This album is a strange mix of very old songs and newer ones, but neither of the tracks can be considered as "new" for us because the CD was actually ready a long time ago. As we speak we already have about 10 all new songs in our repertory. They are not recorded yet but we like to play some of them when we're on the scene, and the response of the public is really good.”

„I am composing almost all the riffs in Malsain's music. Our guitarist Valdr came with 2 very good riffs that we used for the song "They Never Die". But it's important to precise that the arrangements of all the songs are done by the whole band. Everybody plays his part and come with new ideas about the structure or the drum parts for example. Malsain is not a tyrannic one-man band, but a real band with 5 musicians involved.”

What is behind the album title „They Never Die”?

„"They Never Die" was chosen as a title for the album because our nightmarish world is mostly based on life after death. Here I mean anything that comes back from the dead... either you call it ghosts or zombies... something that never dies. The song They Never Die is about a psychotic murderer that finds out that all his victims are coming back to him to take revenge.” 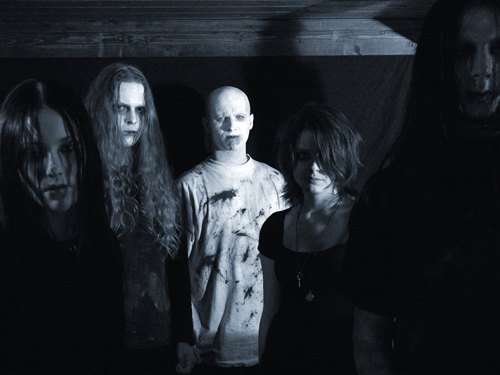 Which were your main lyrical influences for the album?

„Sadly we didn't put too much effort in the song-writing process at the beginning when composing this song material, and realised only later when lyrics had a great role to play in the ambience. Practically this means that the oldest songs on the record are very roughly written, while the newest ones like "They Never Die" are obviously a bit more advanced. The brand new songs that we are working on right now will have a more interesting lyrical work, I can promise you that!”

Please tell a bit about the lyrics of the songs!

„"They Never Die" is not a concept-album but many songs are dealing with ghosts and revenants, or put another way the very thin limit between life and death. "Cold Strofobia" for example describes the emotions of a girl locked into a box, not fully aware that she is dead and buried. We use other kind of themes too. "Lokkemann" is a very disturbing children song about the candyman.”

In which spiritual powers do you believe?

„I don't think that anyone in Malsain is religious at all. To be honest, we don't have very high esteem for any religious instance... if you know what I mean. A lot of our material is based on superstition and ghost stories, but we are not practicing spiritism or things like that. Personally I don't really believe in ghosts but I cannot say that I don't believe in them at all either. I have experienced some disturbing events earlier in my life which I could connect to notions like revenants and poltergeists and I'm still wondering about this. One thing is sure: this universe is fascinating.”

Who painted the frontcover art for the album?

„We have had 2 artists that contribute to the covert art: Decrepitude (Colombia) did the front cover, and Austin Alanis (USA) did the back cover and the booklet background. I also had a long designing work on my own trying to make a homogenous whole of their work, putting all together in one concept and vision. Hopefully I got some help from the design guy at Dark Essence records.”

„I'm very happy with the final result. It's cold, dark and moody... just like our music. I wish to thank once again the artists that helped us a lot with the creation.” 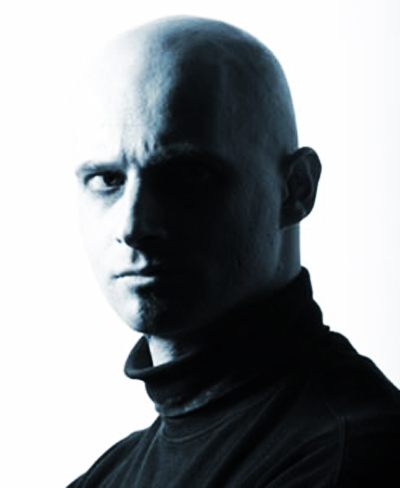 Which are your own expectations for the release?

„Believe me or not but I don't have any special expectations. I'm quite satisfied with the result of all and that's all that matters. Of course there are always some things you would like to change, thinking that we recorded this album one year ago already. We are playing the music that we like and don't really care about the rest. We know that a lot of people enjoy it and of course that's really great to hear... but we mainly play for ourselves.”

Where was the album produced?

„The album was produced at Tinnitus Recording in Bergen. A lot of well-known local artists have recorded there and it went really well. It was probably a bit awkward for the producer because so long he had only produced rock and pop bands, and we were his first metal band. But the cooperation went great. The last track of the CD is an extract track from our demo, which was recorded by Pytten at Grieghallen Studio in Bergen. But I don't think I need to introduce the man any further!”

„It was a marathon-recording with very few time allocated so we had to be very effective. It's a good experience for new beginners like us.”

Where do you see your band in ten years?

„Well... Eindhoven festival would be great, hehe. No really I have no idea, but we believe that Malsain will still be fully active in 10 years and hopefully one of the big metal names. Who knows?”

In which specific direction the sound of Malsain will go?

„Our new songs are more diversified than the ones on "They Never Die" where both our doom and black sides will be stronger. They also have very new elements that will probably be surprising for most listeners. It is still 100 % Malsain but it will sound more modern for sure.”