The manifestation of Norwegian Symphonic Black Metal horde Mactätus began in 1989/90 by vocalist Hate Rodvitnesson and guitarist Gaut under the banner of Blasphemy and soon after guitarist Ty was recruited.

For some time the band tried out several members but it wasn't until drummer Mjolne joined the ranks in `93 till the guys found a suitable member. At this time the members decided to change their name to Mactätus, which is Latin for slaughter and sacrifice.

The bands meaning behind the name is the sacrifices they make to slaughter the Christianity, in their fight against the ,divine‘ light. Mactätus are strongly against Christianity and part of the concept of the band is to fight to rid their old pagan kingdom from such a plague.

Not long after the release of the debut album „Blot” (1997) Mactätus went into Akkerhaugen Studio to record the follow-up, entitled „Provenance Of Cruelty” with some help from Samoth of Emperor with producing. It was released in 1999.

„Provenance Of Cruelty” also involved help from Kathrine Abrahamsen, who performed some female vocal parts on the release, she has been involved with many bands in the past, mostly Irish Folk music, and Nocturno Culto of Darkthrone submitted some lyrics for the track „Draped In Shadows Of Satan's Pride”. 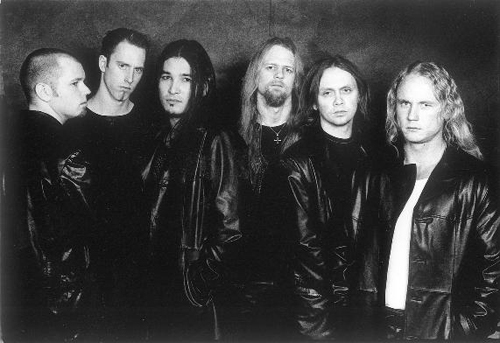 In the year 2000 Mactätus have recorded their second full length release entitled „The Complex Bewitchment”, which was released around March 2000.

Now the time has come to unleash their newest and fourth album „Suicide”.

What means the title of the new album - a command to commit suicide?

„It's the main element throughout the entire album, but it is in NO way a command to commit suicide. It's also used as an eye catcher, so people will look twice on it. This is an important factor both on the title and the front cover.”

Who had the idea for the title?

„The concept was prepared from an idea that Hate Rodvitnesson had. We made the whole album in connection, almost as a saga with different acts.”

How would you describe to a young Metal fan the new material of Mactätus? Is it still Black Metal?

„The core of the material is black, but there are a lot of other elements here. The influences from other genres are molded into the Black Metal foundation in many different ways and forms. Making the material varied and diverse, and giving the album a long life.”

„I think the term `true` Black Metal has become wider the last years. The musicians within the genre are exceptionally good at experimenting and breaking the boundaries. This has added a lot to the Black Metal scene and opened for many different angles of interpretation.”

And what's your opinion to the worldwide silly discussions about „true or not” Black Metal?

„I think it's unbelievable that people are willing to spend much time on discussing stuff like this. It has no effect on the material at all, and whether you play black or death is the same as long as you do something you like. I have respect for all musicians doing their own thing, and I think that other are in many cases too tied up in labelling bands and material. As long as I like the music I listen to and play myself I don't really care what others call it.” 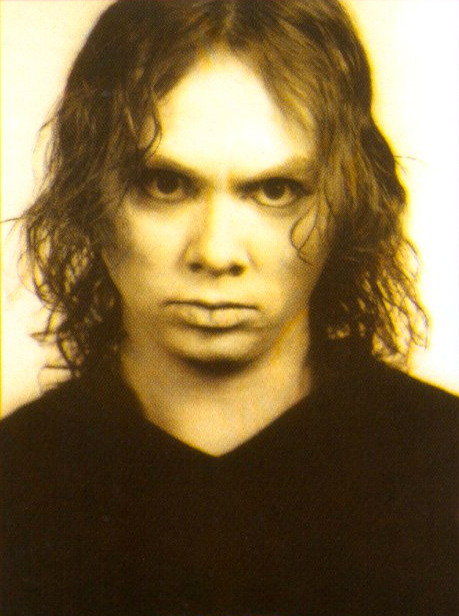 How should real hateful Black Metal be defined nowadays?

„I'm not a person who wants to describe real hateful Black Metal. I play music after my personal liking and am not very tied up in what genre it `belongs` to. Let others label the music; I just want to listen to it and get something personal out of it. That's the most important aspect of music for me, listening to music that gives me something and that demands a certain degree of insight from the listener.”

Is the playing of this music a soul cleaning therapy for you?

„It's not about soul cleaning, but realization of myself as an individual and musician. This is something that gives me satisfaction and an option to express whatever hatred and anger I'm carrying.”

Other reasons why you do it?

„The other reasons for doing my music, than mentioned over, is changing along with me. There are at anytime at least two or three other reasons pulling me towards music, but they are dynamically connected to my existence.”

What's the main content of the lyrics on the new album?

„The lyrics are about a mentally disturbed person that wishes to end his life. Each song is about a different phase of this event. It starts with an epilogue of the concept and goes on to the point where he tried to commit suicide, but is to frighten from the pain to do it. It escalates to the slaying of others to see their pain in the moment of death. In the end the person manages to fulfil his wish of dying. The lyrics express the thoughts of the person and the once slain by his hand. The entire thing is fictional and builds a lot upon my own experiences and individual thoughts around the subject. But I do not in any way throughout the album invite others to commit such an action. We distance us from all actions of this kind, and emphasize that suicide is in our opinion a coward's way of dealing with his problems...”

Is within the lyrics a special message to the listeners in every track?

„This album is more about my thought and wondering than about the listeners. If they read in between the line, there are of course flows of `wisdom` from me to them, but that is not the red line in the album material.”

What's your opinion over the worldwide Metal scene nowadays?

„The Metal scene has been boosting for a decade now, and is still going strong. Who is not satisfied with the kind of development and focus the scene has experience these last years. This is great for the bands, the scene and all the musicians involved. Black Metal has grown from being a underground almost `illegal` scene, to a well-respected and renowned style of music.”

From which city in Norway do you come?

„Mactätus is from Skien – a couple of hours drive South of Oslo. The music scene is great hear, lots of Metal bands and Metal heads around here.” 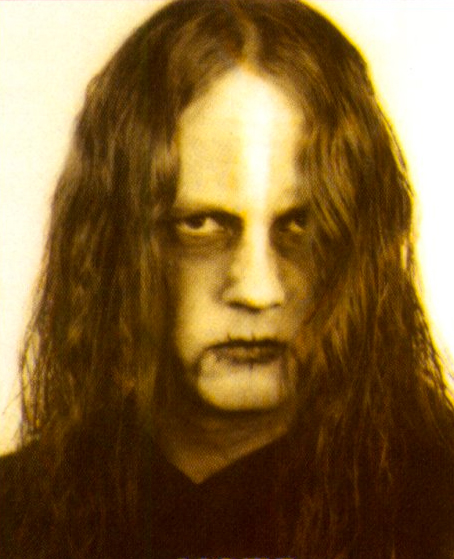 There are many Bars there to get drunk as hell?

„There aren't a lot of places to get drunk, but there are enough...”

What's your opinion about the fucking high prices for beer in your country?

„That's one of the things that I really hate about this country!”

Are you an spiritual man? Rest of the band?

„None of the members in Mactätus is particularly spiritual. We are people who take life as it comes and have our ideologies and pillars to back us up.”

How do you find freedom for your soul?

„I find freedom through my expression with Mactätus, and this is intensified around the time of album release. On a personal level I have found freedom in the way I wander the earth – and I'm for the moment contented with the way things advance.”

What you think, comes after death?

„I think that when death occurs there is total blackness. Death is the end!”

Which were and still are the main inspirations for the music of Mactätus?

„As we are 6 members in the band and all of us have our distinct music style there are a lot of inspirational sources in our music. This is one of the things that make our material so varied and diverse. Each of the members has their own inspirations and many of them are outside of the musical aspect.”

What was the funniest thing during a rehearsal at Mactätus?

„I don't remember any particularly funny stories, but one of the tracks on the album was made during the recording. We made it on two evenings in the studio, and its track no 5 on the album `Language Of Disloyalty`...”

„We're at the moment in the start phase of planning a Norwegian tour with about 5 gigs. We know where we shall go, but not with whom or when yet. It's only on the drawing board at the moment, so nothing in confirmed. Hopefully we'll do some festivals in the summertime, and I know the Napalm crew is working on that, so we'll see...”

Plans for the future: what do you think will you do until you are a grandpa?

„There's a long way until I'm a grandpa... I have time to do much shit until then, so I'll just go on as things come...”