A band of very special varieties Finns Machine Men have always been. And in this reputation the new album follow-up to 2005 long- player „Elegies“ of course fits completely.

The modern alloyed and extremely melodic sounding Heavy Metal, which forge the five nimble-fingered machines men on „Circus Of Fools“, carries a variety of Metal traditionalism in itself.

Again and again, falling comparisons with heroes like Iron Maiden and Queensrÿche, and not at times unjustified, as the group, founded in 1998, proves impressively on the work. 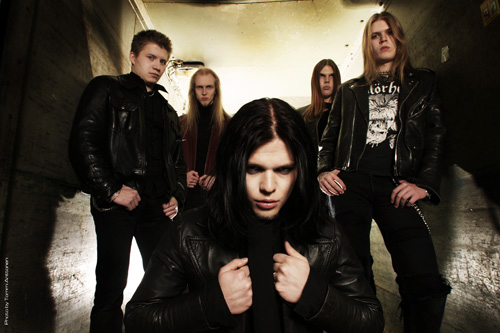 Vocalist Antony answered the questions regarding the new release .

Hey Antony, how are you doing at the moment – longing for a massive dose of Metal?

„We’re doing well – thanks for asking. We will start to rehearsal for forthcoming tours after the Christmas and stuff like that. Yes it’s good to get on the road again with the new great album.“

Please describe your attitude as a musician and explain, in which philosophy of life do you believe!

„It’s very important for me how I feel about music – I mean, if I won’t get any good feelings from a song – it’s very hard to play it. It’s a same thing if I listen to music – I can’t listen if I won’t get any feeling from that. On the stage I always try to find that perfect sound or perfect feeling. I always take all things maybe too serious before a gig – I think that is the way how I fight against that tension… Some people drink booze – I don’t. And about that life-philosophy – I try to enjoy my every day but I think the most important thing to me is to stay health.“

How has been found the musical style of Machine Men?

„It’s really hard to say. We’ve always listened Iron Maiden, Bruce’s solo stuff, Queensryche, Ozzy and the list goes on… We just play music what feels good. We don’t think that we have to sound some one else… This new album “Circus of Fools” is much heavier and harder than latest ones but we didn’t think before we started to right the new album that we have to do this kind of songs.”

Please tell some musical influences, which led to the new compositions!

„Maiden, Ozzy, Queensrÿche, Bruce Dickinson’s solo stuff and one of my favoured bands when I was young was Metallica. Nowadays I have started to listen different kind of music – not always just Metal music. I think it’s fresh to my mind to listen some thing else… I write and play Metal music already so why to spend the rest of the time to Metal – even Metal never dies.“

„There is lot of different stories – stories about me – our band – my experiences - my feelings etc. I think now the lyrics are more personal than before. I like that people can combine to the lyrics and create their own stories. Then the song will be stronger and more important for them…“ 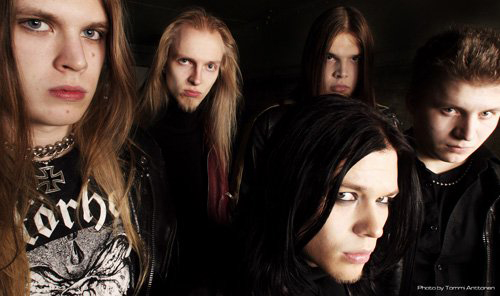 What contains a really good Machine Men song in your opinion?

„Rhythm, good melodies the lyrics and very important thing is the singer.“

Do you like the other bands in that style?

„Yes, we played few gigs… Some club gigs in Finland and few festivals in Finland, Sweden, Belgium and England. We didn’t have that busy year… I think year 2007 will be busy for us – I hope so.“

Which was your best gig?

„It’s very hard to say… There are so many memorable gigs. It was nice to play first time in England last September in Bloodstock fest. Also gigs in front of home audience have been great…“

What´s special at a show of Machine Men?

What is still your biggest dream as a musician?

„Would be great to get money for living someday… But I think the most important thing would be leave a trace to the music history.“

„Eat and drink well on Christmas and then start to rehearsal for forthcoming gigs. Have a nice Christmas to all people on Earth and Happy New Year 2007!“