Especially older semesters will remember quite well the eternal media mud-battles between this extraordinarily talented guitar hero and his former band-boss and singer Donald Maynard ‚Don‘ Dokken. The latter was as little credible at the time like today.

For the album sales of this Hard Rock group from Los Angeles, which I still like very much today, this was only conducive of course, because the fine publications under this group name offered for a while anyway brilliant top material.

Four timeless classic albums jumped out: „Breaking The Chains” came on the market 1981, followed 1984 by „Tooth And Nail”, and 1985 „Under Lock And Key” has been released. 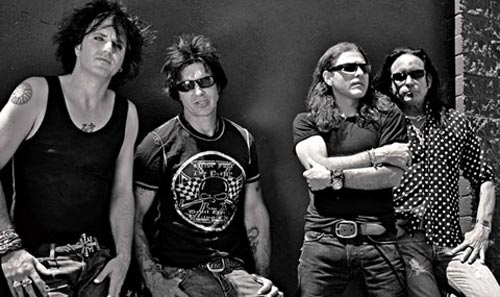 And after the inspiring melodic blockbuster „Back For The Attack“, 1987 was finally concluded with the Dokken qualities. At first the said quarrels were really not completely innocent.

Lynch had really enough of such quarrels at some point, and in 1990 founded his own troop: Lynch Mob.

Then came the most difficult time for rockers and traditional metallers so far: the unhappy Grunge boom. Both Don and George, together with their bands, had a very difficult time, which also greatly affected the quality of their further publications, and which would almost degenerate both artists to insignificance.

Now, the fingerboard hero had met quite surprisingly recently with Lynch Mob's original singer Oni Logan, who had once more re-emerged. The result in the form of „Smoke And Mirrors“ sounds whole 17 years later, as if the time after „Wicked Sensation“ simply stopped. I talk to George about past and present.

Lynch Mob are still proud veterans of the US Melodic Hardrock scene, with real street-feeling, which became here in Germany unfortunately not very popular over the years in opposite to Dokken.

What do you think are the reasons for this circumstance?

„Well I wish I was better at understanding and explaining trends. If I had there were records I would not have released or would have done differently. Classifying music is also very difficult because a classification is relative to the listener or player. So for instance my Rock roots are in the 60's and 70's and things I used to consider Metal would be considered Hard Rock by a young Meshuggah fan.“ 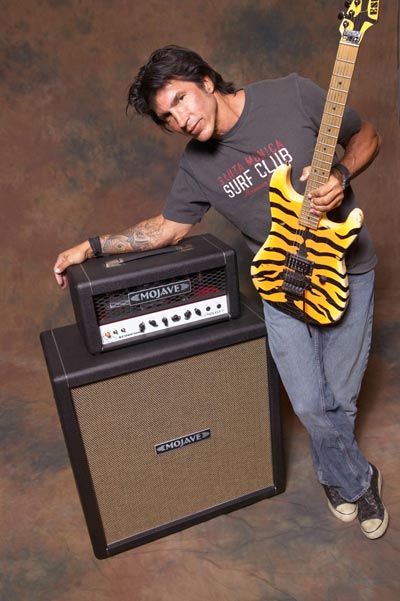 What do you think about the nowadays global Metal music scene, when you compare it to the scene in the middle of the golden 80s?

„I really love a lot of the newer adventures Metal. I love Opeth and Mastodon. Guitar playing is back. Progressive music has influenced a lot of these bands as well. The idea of progress is to try new things and hopefully young Metal bands that are adventurous are challenging their audiences and influencing them. Now if we could just become more progressive as people in other areas of our life and in the way the world conducts itself we may have a chance at redeeming ourselves. I think young musicians understand that, care about others, care about the future, and are doing what they can to influence our way of thinking and our behavior.“

Which are your favourite Hard Rock/Metal etc. acts until today?

Do you have in your home-country still a dedicated fan-base?

„It’s hard to say. Lynch Mob did a funky club tour on the late '90's and it was just ok response. There was no new album or anything. We just kind of threw it together without much thought assuming everyone would just show up. This time around we were much more methodical; we played some festivals and better venues, we put together a kick ass band, and we delivered a monster record.“

What led to the decision, to reanimate the band?

„I think Oni was just ready to do this. He had moved his family from the States to Switzerland some years ago and pretty much dropped out of the business. I have tremendous respect for him in having the courage to do something that drastic. It was a beautiful expression of the love he has for his family by pulling up stakes and leaving the insanity that is LA!“

The new Lynch Mob-album „Smoke And Mirrors“ - what's your own objective view about it so far?

„My subjective view is that its a monster follow-up to "Wicked Sensation" only its 17 years late! [laughs] I can’t form a subjective opinion until the verdicts in on the record and that will be determined by its success or failure.“

With which expectation(s) have you begun on writing music this time and where did you get the best ideas?

„When Oni and I started writing the songs had a very southern bluesy vibe. As we progressed we de-emphasized that started coming up with songs that were a little tougher. I get ideas in the weirdest places; riding my motorcycle, in the shower, hiking … anywhere where I couldn’t really document an idea … which is why I'm certain that the best ideas I've had have never actually been written … other than in my mind for a few minutes.“

Which differences to the previous releases of Lynch Mob are waiting now for the listeners?

„When you close your eyes and listen to this record you’ll want to see the band live … the basics were essentially recorded live in 4 days. There’s a bit of jamming on this record so we left something to chance.“ 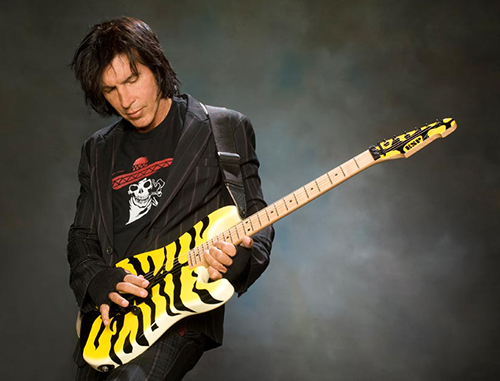 Who or what influenced the writing of the lyrics for the new album „Smoke And Mirrors“?

„Well, Oni wrote almost all of the lyrics and melodies. I would only chime in if there was a need to. In Oni's case there is no need to. He's pretty much self contained. Having said that though, we did have discussions about various things and I like to think those discussions had an influence on the outcome of the lyrics. I think the words and stories of a song are the most important element and to do it right can be very difficult. I can think and express myself in person or in corresponding with someone … like this interview. But I'm a mediocre lyricist.“

What do you think about today's genre bands that do everything (even change the style of music) in order to become popular?

„For some reason that would be viewed by most people as ok if it were a corporation or a person in another line of work. But for some reason if a musician does this its smells disingenuous. I'm not sure why that is but I suspect it’s because artists are held to a higher standard … corporations and other businesses are selling widgets or some other commodity while artists are feeding our soul, filling us with hopefulness and guiding us and generally holding up a mirror that reflects back unto us our true inner nature … thats a pretty serious and awesome responsibility … respected artists are rightly deified … kind of like how priests and clergy used to be.“

Why so few bands play really good Melodic Hard Rock these days? Is it a matter of the variety of inner views and feelings?

„Melodic Hard Rock is equated with relatively benign and simple minded messages and most people are not in the mood to have something as important or meaningful as their music be nothing more than a feel good distraction.“

Which is still the most inner driving force within your heart to create such music?

Are you planning any live gigs? Touring?

„Work in progress, will be announced.“