With their successful EP-surprise „Backroads“, the five talents from Cambridge 2013 played directly into countless hearts.

Elegant and powerful in one are their permanently touching compositions, which can inspire fans and media alike.

Lonely The Brave, the British vertical starter, is optimal to create an individual Alternative Rock at any time, with much feeling and depth.

With the welcome debut album „The Day‘s War“, the formation around top singer David Jakes will now be able to expand the circle of enthusiasm quite massively. I speak with guitarist Mark Trotter.

What counts most for you in making music with Lonely The Brave? 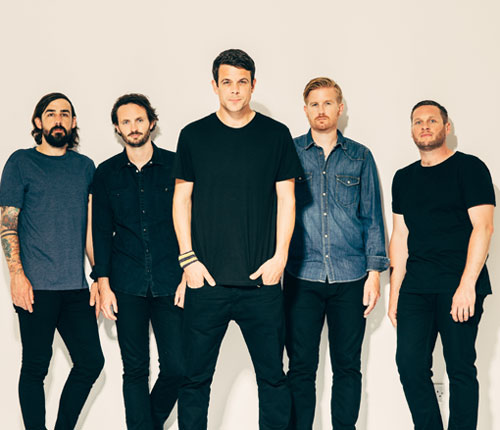 „Just generally creating something from nothing, I guess. We're a pretty fussy band, musically, as we tend to discard more songs than we actually keep. No half measures with us.“

How the band did find such a outstanding touching and catchy melodic style?

Any popular bands as specific influences to mention?

„Not really sure! We just went into the rehearsal room and just kind of saw what came out. We never had any set idea of what we wanted to sound like, it just sort of happened this way. Obviously everyone has influences and ours are all very different. Maybe that's the key to it.“

Are you the same emotional characters as the music on „The Day‘s War“ is?

„I would say we are. We just tend to be five very 'heart on sleeve' sort of guys. I've always thought that the best kind of music is the totally honest type. For me, it's certainly the most relatable thing to listen to and enjoy. We wouldn't feel comfortable faking anything in our music.“

Please describe the main musical character of these debut album!

„It's just an honest life album. Life, love and regret, are amongst some of the things that are in the album. Lots of other things too that the listener can work out.“

What’s your own personal view about the ‚artistic spirit‘ of the new release?

„It wasn't an easy album to make as we were up against it at certain points, but I'm just proud that we got it done and how far it's gone. We never expected any of what's happened to us respectively the record. We just kept our heads down and kept on ploughing through. Really glad we did.“ 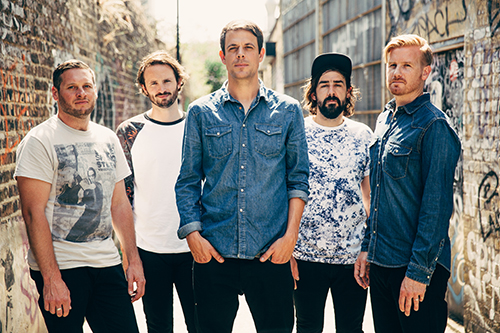 How long was songwriting process for „The Day‘s War“, ups or downs to mention?

„We wrote it over the space of about a year, from what I remember, and it took about 5 weeks to record. Plenty of ups and downs but we wouldn't have had it any other way. Slept in my stepdads builders van some nights. Would change a thing.“

Which of you guys was the main composer for the songs?

„Generally, it's a shared responsibility. Maybe we'll start working from a riff sometimes and head in that direction. It's all a group effort though.“

What is behind the title „The Day's War“?

„For us it just means that sometimes you're going to have day's when things are going to be a struggle. And that you just have to keep your head up and keep going, no matter what. We think it suits the album really well.“

„All of the above! There's is pretty much something for everyone in there. It's up to the listener to take what they want from. It's there to keep.“