With the new album „And Then There Were None“ the Danes unlock a large-caliber ear grenade. For their second longplayer Livløs let all their rage completely free rein, which gave rise to just as rabid as biting and bone-hard songs.

And the fact that the independent five-piece from Aarhus once again quotes various Death Metal greats unerringly makes every track an all-around hit. I talk to guitarists Kenneth 'Brejne' Breinbjerg and Franz Posch, as well as vocalist Niklas Lykke.

The new album „And Then There Were None“ - how does it feel for you, especially within the damn pandemic? 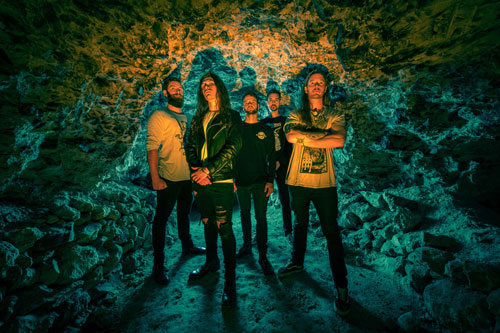 This time even with more variety within all the devastating attacks - which way did all the layers found their way into the overall sound?

Kenneth: I think it just comes from our natural development as musicians. We listen to a ton of different music genres periodically, and those gems found there will influence our current song and riff writing. We’re all pretty curious musicians and like to play with sounds, feels and tempo.

I hear highly intense material on all levels - what is still your very special formula to create this absolute penetrating music?

Kenneth: The lyrics will always be bound to reality in one form or another. We think it’s an important part of our music for the listener to resonate with it. And as mentioned, we are curious musicians and all bring something different to the table. Franz, guitarist, is very good at turning our individual puzzle pieces into a more complete structure.

What is your own assessment of the new manifesto?

Kenneth: We’ve always had the mentality of trying to make the music that we ourselves wanted to experience as an audience. We think we made a killer album! We have a couple of German dates on our upcoming tour with 1914, we can’t wait for you to experience it first hand!

And there's true quality luckily inside all the deeply tragic and hungry inferno - it bears lots of well composed stuff - who composed the lion's share of the new song material?

Kenneth: We all bring our share to the table, and I think that reflects in the dynamic of the album. Franz is good at collecting our separate ideas, riffs and whatnot, and the rest of us are good at throwing them at him while Niklas, vocalist, puts in the majority of the work on the lyrics.

Niklas: Yeah, when we’re just about done writing the instrumentals, that’s when I’ll take the song home and start writing the vocals and lyrics. When those are done, the guys will usually give me their notes and ideas, which I’ll then incorporate.

Kenneth: A big part of this continuing to be a successful recipe is our producer, Jacob Bredahl. He always has a challenge in trying to find the sound and mix to accommodate all the different elements of our songs on one album, and still make it sound aggressive and current. 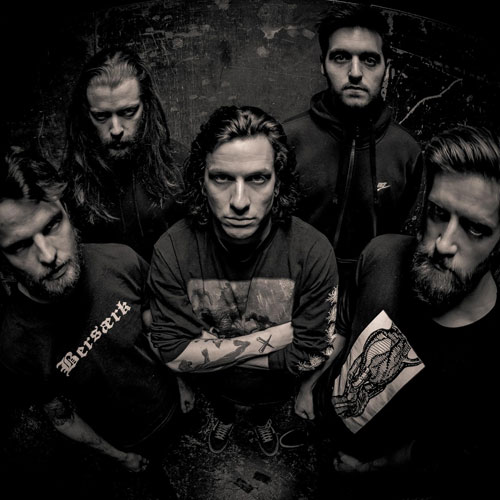 Franz: We are very much into Thrash Metal of all decades and it’s just such a fun and overall great genre to be rooted in - nothing can get too fast or too aggressive. Same goes for Swedish Death Metal (Göteborg as well as Stockholm). All of this combined with the excellent songwriting, moods and atmospheres of Black Metal that e.g. Dissection, Satyricon and Gorgoroth are some of the masters of in our opinion.

Niklas: The lyrics will always be bound to reality in one form or another. We think it’s an important part of our music for the listener to resonate with it. We’ve been asked if the pandemic influenced the songwriting, but it didn’t since the album was written in 2019, before we even knew about the pandemic. But I guess that shows the versatility of our lyrics. The songwriting itself was mostly filled with “ups”, but our personal lives in that time were filled with “downs”, and we feel like you can hear that on the album. Some are close and personal to certain members of the band, while others are grand conceptual stories, but we still want to keep the lyrics and meanings of the songs up for interpretation, so the listener can resonate with it and maybe even see themselves in the lyrics.

Brutal MeloDeath … endless popular … legions & legions of bands worldwide - in which position between all the more or less similar acts do you see your own bunch?

Kenneth: The music scene is packed with good bands at the moment. And because of the pandemic, bands have been sitting on their material, waiting for the right moment. Ourselves included.

Franz: We never wanna drift too far from where we came from and the sound that made us when we were starting out - both out of respect for our integrity but indeed also for the fans. That being said and as we’ve said before, we want to constantly evolve and write better and better material. With „And Then There Were None“ you’ll hear a band that has improved on all fronts - we are better musicians, showmen and overall artists than before, and that’s the way we wanna continue of course. It’s what we love about our favourite bands and it’s the only way that makes sense to us really.

Niklas: I think our sound stands out among a lot of the modern melodic death bands. The genre has evolved a lot since it emerged, and when it comes to MeloDeath we mostly take inspiration from the 90’s and mix it with other genres. We of course take inspirations from a lot of bands and genres, but we always try to create our own collective sound from that.

Nearly everything has changed since the bands foundation in 2014, the world, the music business, the societies - how much have you changed, how much have your views on true art changed now?

Kenneth: A lot has changed since then. The ride has been fun but not without bumps. Our views on the scene, and the art, has only gone from good to great. Being a part of such a great community and having such awesome fans, truly make this the best genre of music to play live.

Kenneth: Almost everything. I think the wonders of music is that you can find inspiration everywhere. Though there are genres we all prefer, and dislike, we all have our guilty pleasures that come on in the tour bus: Cher, ABBA, Queens Of The Stone Age, some blues, some disco - anything with a cool vibe.

We can’t wait to hit the road and take our music to you personally.