The title of their 1994 published debut album is „Greater Art“ – a nearly prophetic name, so much stands today, after some really magnificent musical works, with security firmly.

After their break in 2002 the trio returns now surprisingly. With this they have a new dark dreamwork with the name „Black Brick Road“. Lake Of Tears singer and guitarist Daniel Brennare is happy about the high musical goodness of the new album. 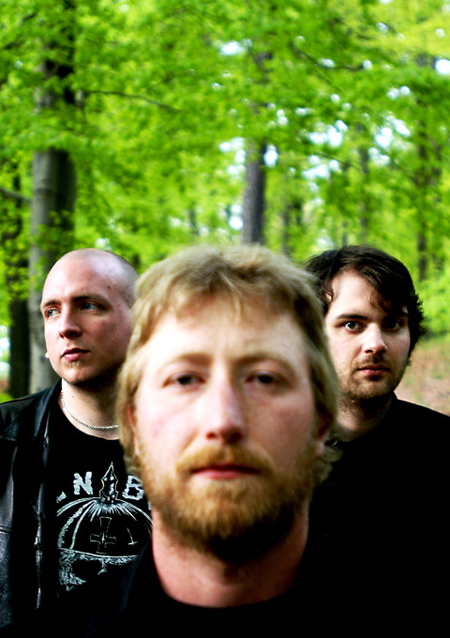 How do you feel and which expectations do you have for the new album and the new label situation?

„Well, what can I say. It’s very, very nice to play together again … it’s one of those things in life that makes you feel alive. So, we are taking it from this point, trying again to enjoy doing something that feels close and important to us. And both the new album and the new record company seems to fit very well into this. So, we’re expecting this to give us some good times … and hoping that those good times will lead to more good times.”

Have you ever really thought about it, to bury Lake of Tears?

„But we did put Lake Of Tears down to rest, both mentally and physically. When you’re tired you eventually have to go to sleep … that’s how it works. But if you don’t die during your sleep you wake up … and then hopefully it feels nice to do so.”

The new music of Lake Of Tears is - simply said - unique! What influences contributed in particular to this specific emotional style?

„It may sound a bit cliché but I have to say life. People, emotions, books, music, movies etc … everything that enters through our senses, both good and bad. I really don’t know what kind of filtering mechanisms we all have but this is how it comes out when we present how we interpret the things we experience… so very abstract, complex and distorted, yet so very close and real.”

What meaning ist behind the album title?

„Oh, I guess it can mean a lot of different things and everyone has to find his or her own meaning of it. But I think it paints a picture that fits very well as a container for the songs on the album and also for what we do at the moment. Emotions are often very hard to explain… and sometimes they are best understood unexplained.”

Which deep inner feelings had been gone through your minds during the process of composition for the new album?

„Who can tell what is deep and what is not? There are many ways to go when writing songs… you can try to make it sound like something else, or you can try to make it sound different from anything else (at least different from the stuff that you’ve heard, cause there is so much music in the world so it’s impossible to hear it all) or you can choose not to care so much about it at all. You just find some kind of thread somewhere and then you follow it, by letting your subconscious guide you… and this is what we try to do.”

„Not a concept in the way that it is a story about a special concrete event of some kind, like a tale about a man and a woman or similar. But the songs are all spawned from the same place, our experiences from the surrounding world and I guess that makes it some kind of concept. And this is actually true for all Lake Of Tears recordings.” 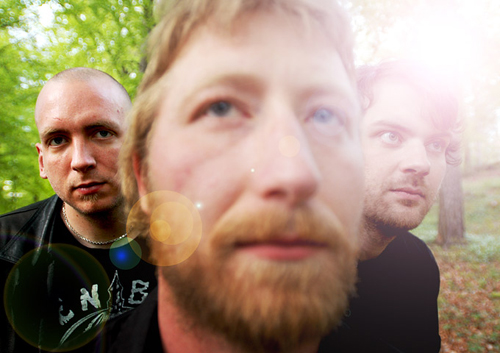 Which lyrical contents are in the new tracks?

„As I mentioned… it’s an attempt to present the interpretation of the impressions we get from the world with all the things therein. Sometimes it is suitable to use very straightforward lines for this but most of the time we use methaphoric phrases. Imagine a day when you feel really sad … and you decide to go outside for a walk in the rain. How many steps does it take to get you happy? It’s not in the number… it’s something else.”

Why is the new cover art for „Black Brick Road” not more from Necrolord aka Kristian Wåhlin? His last works for Lake Of Tears were fantastic!

„I totally agree with you here, Kristian has done some really amazing stuff for us, and it was actually meant that he was going to do this cover as well... and so he did, at first. But then out of nowhere appeared, not only one… but two, Lake Of Tears compilation CD’s featuring cover artwork made by Kristian (and the artwork is probably the least sad thing about those compilations). Nobody told us, nobody asked us… nothing. We felt sick… again. And this is what we wanted to get away from, all this unnecessary negative energy. So, time for a change. Anyway… the new cover is awesome, already upon first glance we felt that this was the piece to use for the puzzle.”

In which position between all the other Gothic/Dark Metal acts do you see Lake Of Tears?

„Labeling music… hmmm, that’s a very tricky part, but I guess it must be done considering marketing activities, reaching the supposed right kind of audience and such. Though it’s not very important to us personally where people puts us, it’s up to them. Of course it’s sad when a record company puts you in a place where you don’t want to be … hey, we do the best we can to do what we do and it’s really amazing when other people appreciate that. I’d like to believe that people who likes us do that because we have a certain position in their lives and not a certain position in a music genre.”

„Let’s see what the future brings. I think that the things that made us start playing in the first place (those dreams, hopes etc) are still there, though we’ve probably lost some of the naivity we had back then (lif’e does that you know)… for good and for bad. To have some good times, see places, meet people, create memorable moments… that’s what we look forward to. And it feels like we’ve just started…”