When these Finnish prophets of doom gathered in 2010, for all of the involved it were crystal clear that it should be only extremely abyssic.

Two years later the debut album „Uljas Uusi Maailma“ has been released, with which Kuolemanlaakso took the first stage of it‘s own Death Doom Metal desperation in darkest inspiration.

Now the five-headed bundle of depression around singer Kotamäki, known from the colleagues Swallow The Sun, shivering, lifts the cold and wet sounding successor „Tulijoutsen“ out of demonic depths upwards. 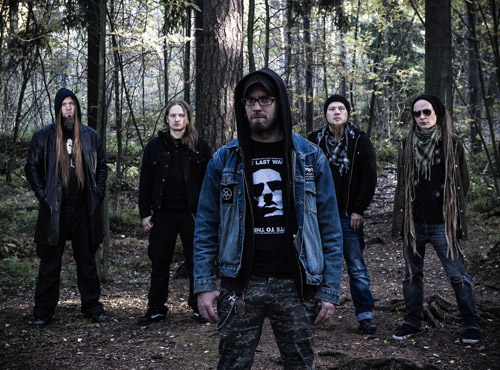 The new album of Kuolemanlaakso was produced by V.Santura, guitarist of Tryptikon and Dark Fortress.

I talk with both guitarists Kouta and Laakso.

Do you guys have a faible for earlier songs of Amorphis?

Kouta: I really, really like ,Tales From The Thousand Lakes‘ and ,Elegy‘. Those are my absolute favorites. The melodies are so juicy and different from any other band. They’re great!

Laakso: I also love those albums, but I think their whole discography is a treasure box. It’s amazing how well those guys have managed to evolve and spread to different directions throughout their career, and yet maintain the quality of their music superbly high. Tales was the first Finnish melodic death metal album, which blew my mind wide open. However, I wouldn’t say that we have that much Amorphis influences in our music. Well, maybe on a couple of melodies.

Kouta: Ridiculously heavy and brutal but yet somehow beautiful. Some of the riffs are sooo heavy that you just laugh. As Laakso said when we were flying home from recording the first album: “Ultrabrutal”, haha! 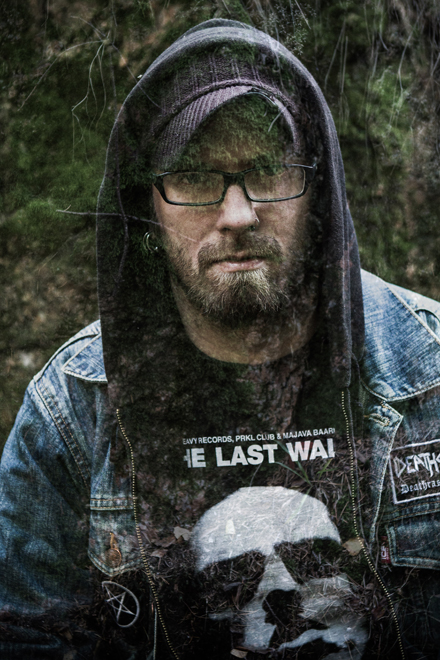 Laakso: We also wanted to have a more guitar melodies and harmonies on this album, as well as clean vocals. The debut was all about being heavy and evil, whereas this one is more melancholic and tragically beautiful. As you can hear from the album, we like to have surprises in our music. Our influences come from a wide scale of musical genres, but also from literature, movies, folklore, early 20th century Finnish poetry, nature and real life experiences. We don’t limit ourselves that much musically – but then again, we’d never write happy songs.

Laakso: „Tulijoutsen“ translates to “the fire swan”. Each song is closely linked with fire or water, the opposing elements. The album explores the opposites also musically: the heavy parts are extremely heavy, the mournful parts excruciating, and melodies more beautiful than ever. You can also see the fire - water “yin-yang” partition in the front cover artwork by Maahy Abdul Muhsin (Maahy’s Art). Tulijoutsen is a name of a poem by Aarni Kouta (1884-1924), a Finnish poet I was inspired by, whilst writing the lyrics. Some of the texts are loosely based on folklore or actual events, and some of them are extremely personal. Arpeni (“my scars”), for example, combines them both: it has references to the Näkki myth, but song is actually a tribute to my best friend, who drowned a few years ago. I couldn’t even be present at studio, when Kotamäki was recording his vocals for that one. It was just too much – a rollercoaster of emotions.

Laakso: Perhaps „Verihaaksi“ (“the blood wreck”). It tells a story of a Dutch ghost ship named Ourang Medan. Truly fascinating stuff – you should google it. That song is sort of our own super doomy “Rime Of The Ancient Mariner”.

„Tulijoutsen“ is endless dark, freezing cold, swallowing desolate, fatal abyssic and somehow beautiful at the same time. Which intensive feelings ruled your minds at the songwriting?

Kouta: Hopelessness, sorrow and the beauty of the two combined. For me these are usually the feelings that are required in order to compose. Even though it is a cliché, I need some suffering to create new music. 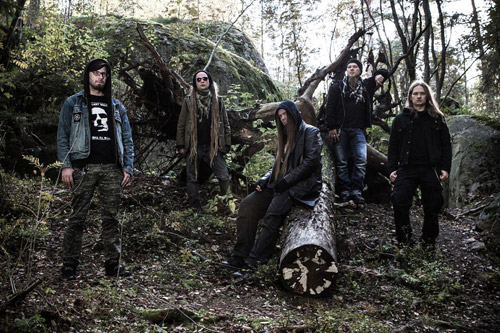 Laakso: I’m more of a “method writer” than a feeling-dependent one. I don’t have to be depressed in order to write a depressive song or sad to compose a melancholic piece. I just grab an instrument (usually guitar, some times keyboard), start jamming, and seeing if anything usable comes out of it. I might have an idea, where I’d like the song to lead, but most of the time it’s basically working my way through from a blank canvas to finished piece of dark art. I don’t play guitar that often, but when I do, something usable always comes out of it.

Btw, how much time took the complete songwriting for „Tulijoutsen“ and who were the main composers of these new stuff?

Kouta: Laakso, as the main songwriter, is a very productive person, and he’s creating new songs and ideas all the time, so the songwriting has always been quite fast for us. It’s the arrangement with the whole band that takes more time. I think it took more time to finish the songs that weren’t written by Laakso. The rest of us are a tad slower, I guess, haha. All in all the songwriting for this album and the “Musta Aurinko Nousee” EP took approximately 6 months, however some of the arrangements were adjusted at the studio, while recording. Santura helped out a lot with some of the arrangements again. I think it’s fair to say that he’s sort of the sixth member of the band! 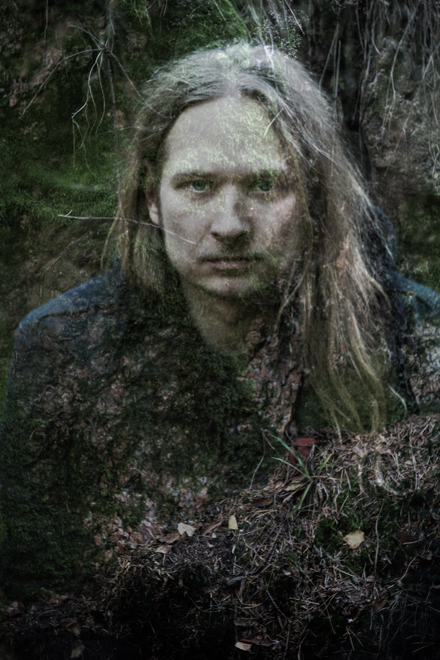 Laakso: He’s an unofficial honorary member, to say the least. Our albums wouldn’t sound the same without him.

Is it allowed to ask you about nowadays special musical and personal (maybe spiritual?) influences?

Kouta: I rarely listen to music but when I do it’s usually either HIM, Katatonia, PMMP or Leevi & The Leavings. Although lately I’ve been listening a lot of Ghost, which are an amazing band as well. I really like songs that are melodic and dark (either lyrically or musically) and have a strong feeling. No matter what genre, a good song is a good song.

Laakso: I listen to music all the time. I also like dark and melodic stuff, but that’s just a drop in the ocean, as my taste is wide. As for influences, I always think of Twin Peaks, while writing. I love the whole world and concept of it: the twisted Lynchian atmosphere, the brownish color themes, the intriguing characters, the zik-zak floor patterns, sudden surprises in drama, the black lodge mythology, the owls in the woods, the beasts in man, all the secrecy and mystique, you name it. And the music – especially the music. I think Angelo Badalamenti is a genius. The soundtrack to Twin Peaks season 1 is my favorite album of all time. So, if you like Kuolemanlaakso’s music, thank Badalamenti, David Lynch and Mark Frost.

Seems, you guys are bound by a deeper connection to mother nature, isn't?

Kouta: I think all the Finns are. I live in Helsinki at the moment and really miss the nature and the woods. When I have some days off from work and other stuff I pack my bags and head to our summer cottage, which is located quite close to Kuopio, the best city in the world!

Laakso: I find nature very influential as far as lyrics are concerned. My texts are somewhat poetic, and they deal with nature one way or the other. I find the woods to be poetic, too, but only visually and spiritually. In a way, I’m trying to capture the darkness and majesties of the Finnish woods with my words.

How you gonna represent these new songs on stages? Surely not in jeans and T-shirts, or?

Kouta: With raw energy. We don’t have a dress code so everyone can wear what they like on stage. Well I guess if someone would like to play in a pink tutu that might be reconsidered with the band, haha! 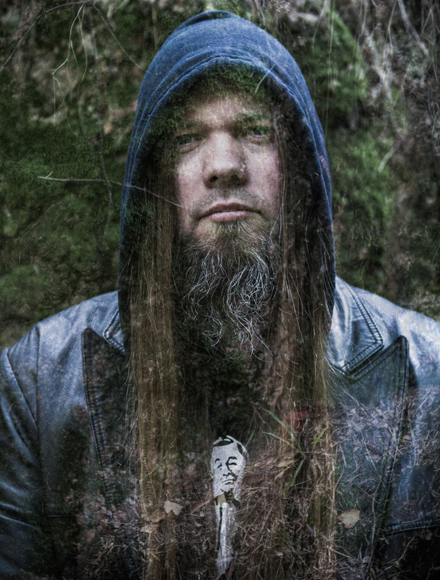 Kouta: Hmm, hard to say. If I could only pick one that would be „Glastonburyn Lehto“ just because it’s so twisted, cool and different from all the other songs. From the other songs I especially like „Aarnivalkea“ and „Arpeni“.

Laakso: „Glastonburyn“ lehto is one of my favorites, too. It’s the most obvious “Twin Peaks track” on the album. I think we also managed to step onto the next level with „Verihaaksi“ and „Tuonen Tähtivyö“. I find the arch of drama to be perfect on the former, and the latter is just so epic and melancholic, that I think we truly succeeded on what we tried to accomplish with it. „Tuonen Tähtivyö“ is one of the best songs that I’ve ever written.

What counts most for you in making music with the band?

Kouta: The feeling you get from listening to the songs. It’s by far the best thing ever to get the chills from listening to an album, that you’ve been making with your friends. Call it nostalgia or whatever, but I do like to listen to albums that I’ve been playing on. It’s like watching photos and remembering the good (or bad) times. When I listen to Kuolemanlaakso stuff, I always get a smile on my face. It’s so much fun to play crushingly heavy music with a bunch of awesome dudes.

And what is your greatest dream regarding Kuolemanlaakso?

Kouta: To play some doom, get goose bumps from music and have fun with the fellas. And would be nice to do some shows outside Finland as well.

Laakso: Touring abroad, no question about it.

Personal question: what's your greatest wish at all on these, socially unfortunately partly pretty rotten planet?

Kouta: Well, this is a tough one. I guess it would be that all the children around the world would get the needed medical care and education and a caring family. There are so many kids suffering around the world, which is heartbreaking.

Laakso: Freedom in all meanings of the word.