It is certainly no coincidence that the exhilarating folklore arrangements dance into the ear so smoothly and positively on the current successor to the 2012 „Manala“.

Because for the new collection of Korpiklaani songs „Noita“ accordion newcomer Sami Perttula and fiddler Tuomas Rounakari worked on their parts with damn much zeal. Ever show the stable Finns once again that they are still among the most positive and liveliest chapels in Folk Metal.

A real specialty of the alcohol level blessed heap around founding member, singer and guitarist Jonne Järvelä is it on „Noita“ repeatedly to hand down all sorts of shamanic topics as serious as it is entertaining. Guitarist Kalle Savijärvi aka ,Cane‘ answers the questions. 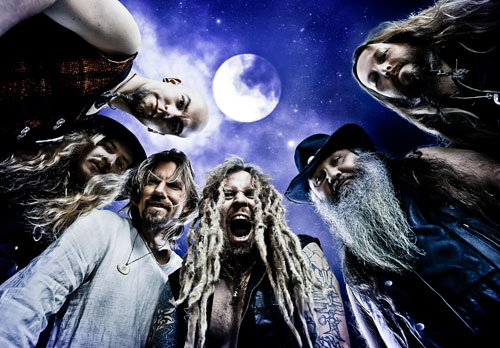 Please describe the main musical character of the newest Korpiklaani album with a few words!

„It’s a very powerful and energetic album. The balance between folk intruments and the rest of the band is now perfect. This was our accordion player Sami’s first album and you really can hear his effort on the arrangements. We are really happy with the result having such a strong feeling on it.“

For what meaning stands „Noita“?

„”Noita” was a shaman kind of person in traditional Finnish. Having a wide knowledge about everything and healing capabilities. ”Ämmänhauta” song tells a true story about a ”Noita” who lived in Vesilahti in the 12th century. Vesilahti is a town where Jonne and Jarkko are originally from. This is not a concept album and only two songs are dealing with the subject.“

Please tell a bit about the main content of the new lyrics!

„Most of the lyrics are again written by the poet Tuomas Keskimäki, who has been writing for us a long time already. Texts are his personal feelings and experiences. ”Viinamäen Mies” is Jonne’s work and it’s about our band touring around the world and having fun.“

With which expectation(s) have you begun the composing of the songs for these new Korpiklaani release?

„We always write songs without any expectations.“

How were the works for these new collection of songs? 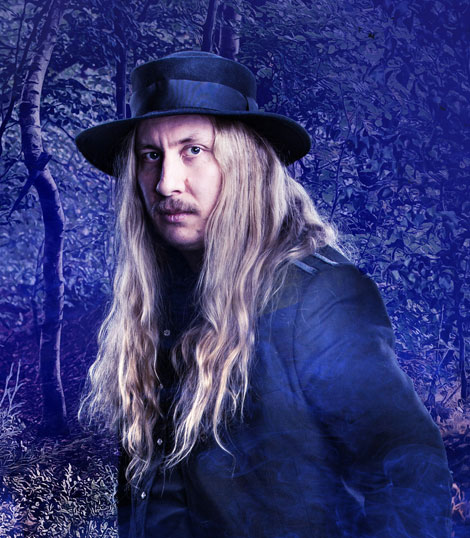 „Everything went smooth and easy. Of course there was a lot of work to do as always but we also had a longer break between our previous album and this new one. Our collaboration with the producer Aksu Hanttu is getting better and better all the time which also helps us a lot.“

How much time took the songwriting for „Noita“ and who of you guys took over the main composing duties?

„Songwriting started right after the last album ”Manala” and lasted until we hit the studio, so approximately two years. Again Jonne composed most of the music.“

What’s your personal view about the artistic core of the new album release?

„It has a very deep and strong feeling including so many artistic views. Jonne’s songs are bigger than ever, Sami’s and Tuomas’ arrangements, unbelievably good sound and on the top those epic lyrics. It really is a great piece of art.“

What background does have „Jouni Jouni“ and its very well known musical base?

„Story about typically Finnish neighbourhood relations, getting drunk on pontikka, the Finnish moonshine, and finally burning down your sauna. Whether you burned it or your neighbour did, it doesn't really matter. Text is completely unrelated to the original. However, it is inspired by the original text and just turned into something stereotypically Finnish.“

Korpiklaani reached it to create and preserve your very own sound in a extremely wide manner meanwhile. No way to make a comparison to any other band, or?

„Yes, you are right. I haven’t heard anything similar yet.“

Will it be more difficult to be still an original band with each passing year?

„No, we don’t have to try to be what we are. I see us as the folk metal outlaws who can do whatever we want, not caring about the standards. It all comes very naturally.“

Which differences to the previous album of Korpiklaani are waiting now for the curious listeners?

„Biggest is different in my opinion is the overall sound of violin and accordion. Solos you normally hear by guitar are shredded with these traditional Finnish instruments on this album. That is something we are really proud of.“ 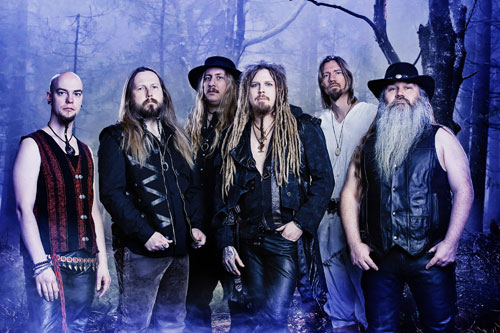 Where did you get the specific suggestions for your beautiful new high-jump stuff?

„There is no specific inspiration for our music. Nature and everyday life gives enough power for the songwriting.“

When the best ideas came to your mind?

„Well, nothing comes regularly in music.“

Is it allowed to ask about special musical influences in your highly lively hymns?

Sounds on this new Korpiklaani CD, as you would more than ever celebrate, isn‘t?

„Good that you hear it that way. I guess we are the party animals.“

Some special words to the open minded Metal followers out there?

„Try out ”Noita” and tell us what you think about it! Come to catch us at festivals on this summer and Heidenfest in October! We are really looking forward to play these new songs live for you! Rock ’n’ Roll!“