These Finns love feelings! And they are anything but creative restrained reductionists, when it comes to amalgamate refined electronic sounds with pounding Electro Metal cross-references.

The severity with some melancholy contoured mix of bittersweet longing moments of potent Rammstein and the trendy resilient heartedness of good old Depeche Mode hits it has in any case pretty in itself. Therefore Kinetik Control got her delightfully catchy Industrial Dark Metal on the current debut album „Lack Of Divine Inspiration“ anything but heartless.

Guitarist Tweak makes a good figure also as a vocal man. I could or did not want to resist to squeeze the Scandinavian nighthawk a little about the new work of his group. 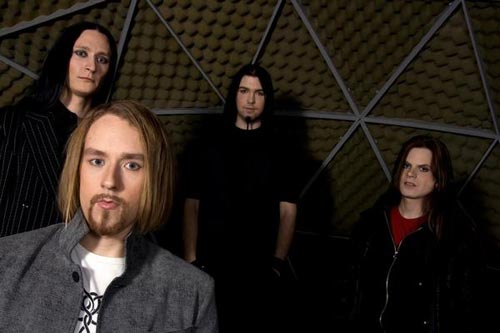 Hey Tweak, please tell a ´bit about yourself, your character etc.!

„I am a creative person who pretty much lives by the moment. I hardly ever tend to use my brains to judge things, I always function by heart. I am always thinking about doing something fun or creative.“

Tell about a time where you had to deal with conflicts with your own mind.

„I lacked self-confidence when I was younger. I was afraid to being myself. When I realized who I was and become what I am now, I started to live my life in a completely different way. I felt power by my own control.“

Why should listeners buy your new Kinetik Control album CD?

„Because it will rock your world! We have tried to combine various influences under a groovy, melancholic totality, so it is varied and rewarding, but it also demands for the listener to be open-minded towards music. But I think everyone should anyways be open-minded about music. There is so much good music in all music styles, that if you limit yourself, you only cause harm to no one else but yourself.“

Why do you make this kind of special Rock music?

„I've always loved both electronic music and Rock music. My intention was to combine both so that both the Electro/EBM/Industrial fans and Rock fans good enjoy it. There is no need to choose either one, because you can choose both - you can choose us!“

„We are honest about who we are and what we do. We also want to create memorable melodies and strong emotions. There is not a single inch of pretending in our music, it is all the way honest.“

What do you think of your previous musical life?

„It was necessary for me to go through these phases which I did to become who I am now. I used to like more extreme music when I was younger, but becoming open-minded about music also made Kinetik Control as unique as it is.“

„I would like to be able to make music and play it to as many people as possible. There are also some other dreams I would like to fullfill, like for example helping some of the people who have not been so lucky in life. But there is no need to mix that in the music. Musically speaking my dream is to make an album I am 100 % satisfied with.“

What are your strengths as musician in Kinetik Control after your own opinion?

„I think the creativity and talent to develop catchy melodies and striking harmonies. I also consume so much different music, that the outcome is often quite varied. Or these are at least where I am aiming at.“

Please give examples of ideas you've had or implemented for the music of Kinetik Control.

„Lyrically speaking I can write about almost anything and I have too. Be it irritating ex-girlfriends or global issues, I write about anything I feel I contribute to somehow. People around the world have similar feelings about certain issues, so it is rewarding to write about them when you realize you've been understood. Musically speaking I've implemented so many ideas in the songs within the melancholic guidelines which I've myself set, that I've lost count ages ago.“

Tell about your proudest achievement in Kinetik Control!

„I think the existence of the band is so far the biggest achievement. Now we can just do music and be happy about it.“

Btw, what are you most proud of at all in your life?

„Everything. I've always lived my life to the fullest and will do that in the future too, so it is hard to point out any individual moments or achievements.“

„That I've had to step on some people's toes along the way. I've always tried to defend integrity and honesty but sometimes you just have to budge. I regret those moments.“ 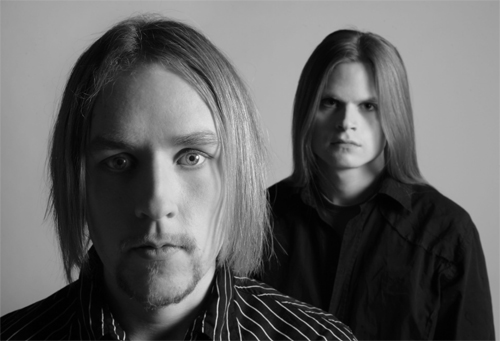 „There are too many to mention, but all time favourites are Alice In Chains, Apoptygma Berzerk, Sentenced, Depeche Mode, Nine Inch Nails, Seal and Coldplay to mention a few. Because they all make personal, emotive music.“

„I think Layne Staley and Jerry Cantrell are my biggest heroes. They are honest, have always done their own thing despite so much resistance and they have unbelievable abilities as musicians.“

„I wish we had made a couple of albums more and made music that people appreciate. Ideally we would be somewhere playing a live show for a group of eager listeners.“

What's your ideal song on the new Kinetik Control record?

„I like Silence The Serenade because it has a personal lyric and the atmosphere is quite magical.”

„I think the next album will be slightly less electronic and more songwriter-oriented. We will put emphasis on the song structures and arrangements and try to open up and experiment even more. The sounds might be simpler but the compositions will be more direct and groovy. Thank you for the interview, Markus!“